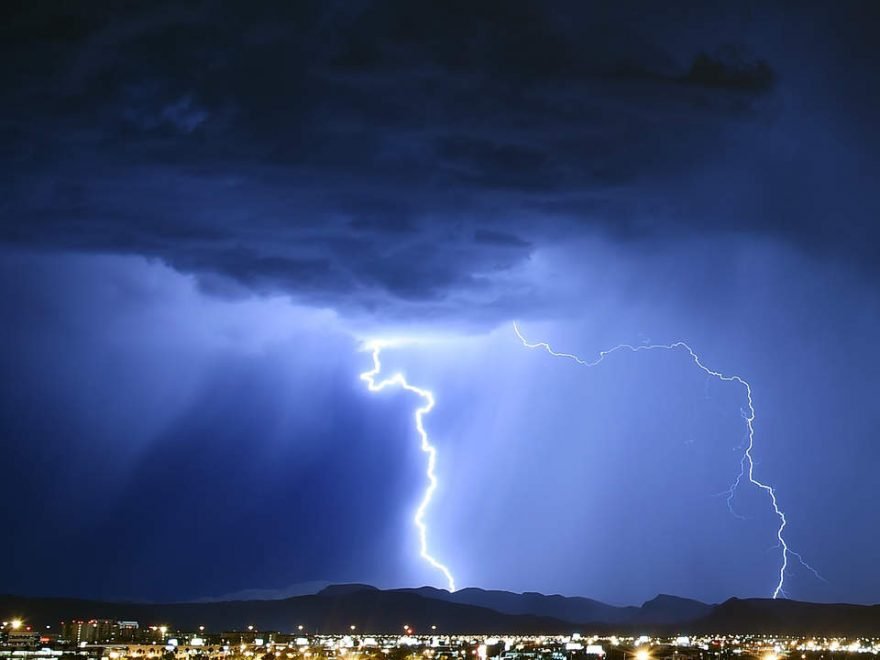 A doctor in Slovenia has reported on a case with a lesson you might want to remember. If you wind up with a brain implant at some point down the road—including the kind that might someday allow you to control computers with your mind—be sure you don’t try and charge it during a thunderstorm.

According to the report, published earlier this month and spotted by Ars Technica, a 66-year-old patient with a brain implant was in her apartment when it was struck by lightning. The strike was strong enough to “burn and destroy” electrical appliances in the apartment, including a television and air conditioner.

It was also strong enough to trigger a failsafe that shut off the woman’s brain implant, even though it wasn’t connected to the home’s wiring. The patient was being treated for involuntary neck spasms using a procedure called Deep Brain Stimulation, or DBS. It’s a well-established therapy that has been used for Parkinson’s disease for more than two decades, and was approved to treat severe obsessive-compulsive disorder in 2009. DBS treatment relies on an implant called a neurostimulator, in this case a unit from Medtronic, that sends electrical impulses to electrodes implanted in the brain.

The patient didn’t notice anything was wrong until an hour after the storm, when her spasms returned. She was able to get her implant reactivated and her tremors back under control quickly, and no damage to the implant was found.

But that outcome, according to the reporting doctor, could have been much worse if the implant had been plugged in to recharge during the lightning strike. Though the report doesn’t speculate on just how badly the patient could have been harmed, it does refer to “serious brain injury” in cases where patients with implants were exposed to strong electromagnetic fields. Electrical implants can be shut off or damaged when they get too close to generators, arc welders, or even medical equipment like MRI machines.

A medical neurostimulator isn’t precisely analogous to the kind of brain implants that entrepreneurs including Elon Musk want to develop. In fact, simple brain-computer interfaces have already been shown to work without any implant at all. But more sensitive versions of the technology probably will involve implants, so if you ever decide to literally hack your brain, be careful when you plug it in.