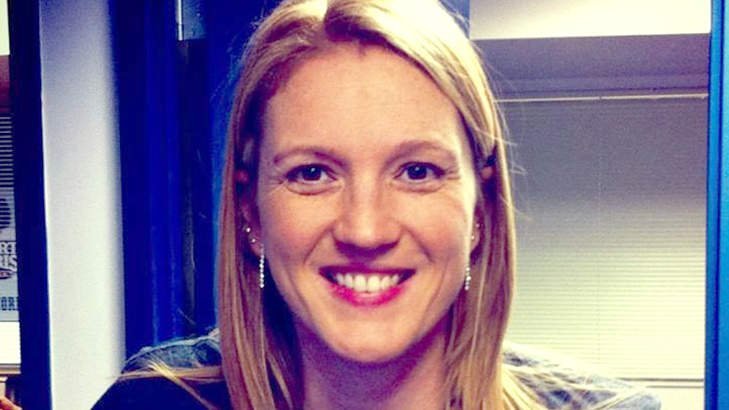 Lisa Pace was just 23 years old, and living her dream of being a basketball coach at Southeast Missouri State University, when doctors delivered shocking news in 2000.

Pace went to a series of doctors for routine checkups that year, and a dermatologist noticed a pair of white spots on her right leg and calf.

“Doctors said … these places we found, they’re suspicious. They’re skin cancer and they may be melanoma,” Pace, now 42, recalls to PEOPLE, noting that she didn’t even know what skin cancer was at the time. “Once they started telling me what it was, I was concerned but I still couldn’t wrap my head around it.”

So, Pace underwent surgery to have the spots removed and, despite being sent home on crutches, the athlete didn’t think much of her condition. “I was like, ‘Okay, it’s out. Let’s go! I’ve gotta get to practice.’ ”

Pace says she had been going to tanning salons regularly since she was 17 years old.  “When I went to college, it was everywhere. Tanning beds were set up … it was advertised,” the Tennessee resident tells PEOPLE. “I was just trying to fit in. All the doctors that I’ve had attributed a lot of [my cancer] to tanning beds. I’ve had 86 and some of them I couldn’t have gotten unless I was in the tanning bed.”

In the early days of her diagnosis, she says, Pace did not take the condition too seriously and even continued tanning. However, her attitude quickly changed when she turned 25, and doctors found cancerous growths on her face.

“I had a spot on my left cheek. I was like, ‘Okay, wait a minute,’ ” she says. “I was taken back and there was the reality of ‘This is not good.’ It opened my eyes. It was a flat, white spot, no bigger than a pencil eraser.”

Over the years, Pace has coached basketball at five colleges, relocating and moving on. But the cancerous spots soon became an ever-present part of her life. They’d show up on her legs, back, face and arms, usually manifesting in reddish brown blotches that required surgery to remove.

“I got six to 10 total within two or three years. Then I went a couple years without having anything and then I would go to the doctor and they’d find five in one visit,” she recalls.

“As I got older, I started going to the doctor more frequently. From my mid-thirties to 40, every time I’d go to the doctor there would be five or six. It was coming out from the damage I had done when I was younger. There was a point where I was just exhausted.”

Now, at 42 years old, Pace has undergone 86 cancer surgeries and says she doesn’t know when — or if — the ordeal will ever end.

“Years were passing and I knew I was protecting my skin but [the cancer spots] were still coming out. It was emotional, it was hard,” she says. “I’m a positive person and I try to be a light for everyone around me. But there were times … where it would take my breath away, ‘There’s another spot.’ I’d look at all the stitches or the scars and be like, ‘Why?’ It was hard to make it through the days.”

Pace now works as a licensed massage therapist and has altered her day-to-day life as a result of her diagnosis. She says she uses a lot of sunscreen daily and often wears long-sleeve shirts.

“I know I’m going to win this battle. I know I do all the right things as far as protecting my skin and getting skin checks so I am confident in knowing skin cancer has met its match. It’s going to be a battle with me,” Pace tells PEOPLE, noting that she’s never feared for her life. “I’ve stayed on top of it, and getting it detected early and being able to treat it early has been so beneficial for me.”

She adds: “I want people to realize that it can happen to anybody. I’m adamant about young people knowing this before it’s too late.”