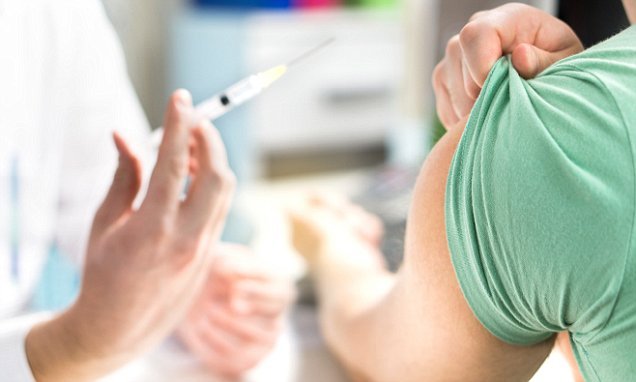 Can YOU remember if you’ve had the measles jab? Millennials urged to check if they’ve had MMR vaccine before summer holidays as highly contagious strain rampages through the UK and Europe

Young people are being warned to make sure they are vaccinated against measles before travelling to Europe where large outbreaks are continuing.

Public Health England (PHE) today issued another warning for people to check they have had both doses of the MMR jab as the infection continues to spread.

Some 643 people have been diagnosed with the contagious infection in England this year, and there are large outbreaks across Europe.

The number of cases in England is rising quickly – the figure has increased by more than half since the beginning of May, when 440 cases had been confirmed.

There were over 13,000 reported cases of measles on the continent in the year leading up to April, with the most in Italy, France, Greece and Romania, according to the European Centre for Disease Prevention and Control.

While most British people are immune to the infection because of a national vaccination programme, immunisation levels were low in 2003, meaning there are a lot of unprotected teenagers and young adults.

PHE says it is important for travellers to make sure they are vaccinated because adults who catch measles are more likely to end up in hospital than children. 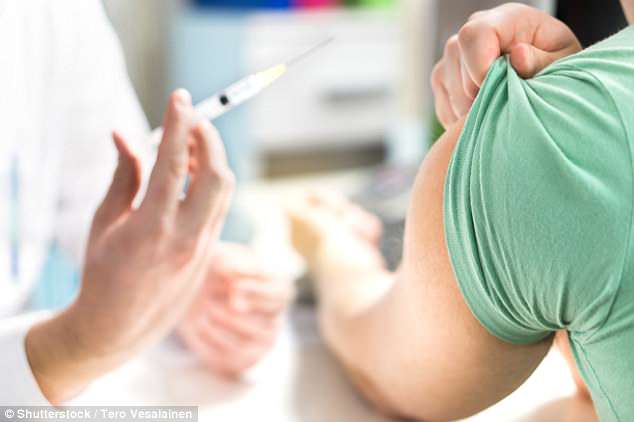 It is recommended that 95 per cent of the population is vaccinated against the infection to stop it spreading.

Childhood immunisation levels are high in the UK now, but in 2003 they were just 80 per cent, meaning young adults are more likely to have not had the jabs.

This means they are at a higher risk of catching the potentially deadly infection both in England, particularly in environments of close mixing such as summer festivals, and when they travel abroad for the summer holidays.

Between January 1 and June 18 this year there have been 643 confirmed measles cases in England.

WHY ARE SOME PEOPLE NOT VACCINATED?

The World Health Organisation recommends 95 per cent of people are vaccinated against measles to stop the infection spreading out of control.

Recent data shows around 92 per cent of children are receiving the vaccine, but there have been periods – particularly in the 90s and early 2000s – during which levels of immunisation dropped.

This means, in theory, potentially thousands of adults have not had the MMR jab because of the reluctance of their parents.

One reason for vaccination levels dropping may be a scientific paper published by Andrew Wakefield in 1995, claiming the MMR jab causes autism and bowel disease.

Mr Wakefield, a gastroenterologist, speculated that being injected with a ‘dead’ form of the measles virus via vaccination causes disruption to intestinal tissue, leading to both of the disorders.

He published a further paper appearing to confirm his theory in 1998, and vaccinations plummeted in the UK, where rates went from being more than 90 per cent to below 70 per cent. The US was also affected.

In 2004, Wakefield’s theory was found to have been based on false evidence – it was retracted by the journal The Lancet in 2010, and he was banned from practising medicine in the UK three months later.

Measles is a highly infectious viral illness that can sometimes lead to serious complications.

It can be fatal in very rare cases so getting protected by taking up the offer of vaccination is crucial, Public Health England says.

Dr Mary Ramsay, head of immunisation at PHE, said: ‘In the early 2000s there was a fall in MMR vaccination coverage in children and as a consequence we are now seeing measles cases in young adults.

Measles can be more serious in adults

What are the possible complications of measles?

Most people will recover from measles within one or two weeks, but complications can develop.

People most at risk of complications include teenagers and adults, babies younger than one year old, and children with a weakened immune system.

Common complications include diarrhoea and vomiting,  a middle-ear or eye infection, laryngitis, fits caused by a fever, and lung infections such as pneumonia, bronchitis and croup.

About one in every 15 infected children will develop one of these.

Rare complications include serious eye disorders which can lead to vision loss, heart and nervous system problems, and a fatal brain infection called subacute sclerosing panencephalitis – this is very rare and only happens in one in every 25,000 cases.

Having measles during pregnancy increases the risk of the baby having a low birth weight, premature birth, or stillbirth or miscarriage.

‘Measles can be more serious in adults with a higher likelihood of hospitalisation and complications arising.

‘Measles is circulating in England and the rest of Europe.

‘We often think about what travel-related vaccines we might need before going on holiday, but it’s also important to check that we are up to date with routine vaccinations like MMR.

‘If you are unsure if you have had two doses of MMR call your GP practice to check and catch up if needed.’

Before this year’s outbreak, measles was declared eliminated from the UK by the World Health Organization in September.

The country had been through the three year ‘interruption of endemic transmission’ needed to have an infection considered eliminated – although there were still small numbers of cases during that time.

Measles is passed between people by coughing and sneezing – people can become infected by breathing in or touching droplets of an infected person’s breath.

Common symptoms include a runny nose and cough, sore red eyes, a fever, and grey or white looking spots inside the cheeks, as well as the rash the infection is known for.

Anyone who suspects they or their child has measles should contact a doctor straight away.

MMR vaccine is free on the NHS

The MMR vaccine is free on the NHS for anyone who did not receive both doses as a child.

It protects against measles, mumps and rubella – all of which can be very serious diseases and are highly infectious.

Parents are also urged to take up the offer of MMR vaccination for their children at 1 year of age and as a pre-school booster at 3 years and 4 months of age.

Vanessa Saliba, consultant epidemiologist at PHE said: ‘We encourage anyone who is unsure about whether they’ve had both doses of the MMR to phone up their GP practice who will be able to quickly check whether or not they are up to date.’

American health officials were on alert in February this year after a single Australian tourist was found to have been in New York City with measles.

Authorities released a list of all the places the man had visited and told people they should contact a doctor if they had crossed his path and began to develop symptoms.