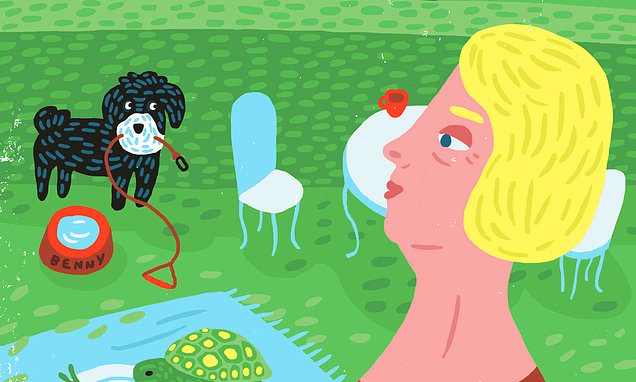 Why, with huge reluctance, I’m off the booze: BONNIE ESTRIDGE in her latest despatch on living with Alzheimer’s

I have given up booze. Completely, on doctor’s orders. I haven’t touched a drop for more than a month and I’d be lying if I said I didn’t miss it. What have I done to deserve this?

Well, earlier this year, during one of my regular hospital check-ups – which involve various blood tests, for what I’m never quite sure – the doctors told me they’d found blood in my urine.

More tests followed, including a check-up where I had to have a scan. Anyway, it was decided I probably had an infection of some kind, so I was put on antibiotics. But that wasn’t the end of it. I then started feeling tired and lethargic, for no good reason. So it was back to the GP.

More blood tests. Then I was sent to be assessed back in hospital. Apparently, my liver wasn’t working as it should have been. One of the readings should have said 40, but in my case was more than 1,500, which seemed to alarm everyone. 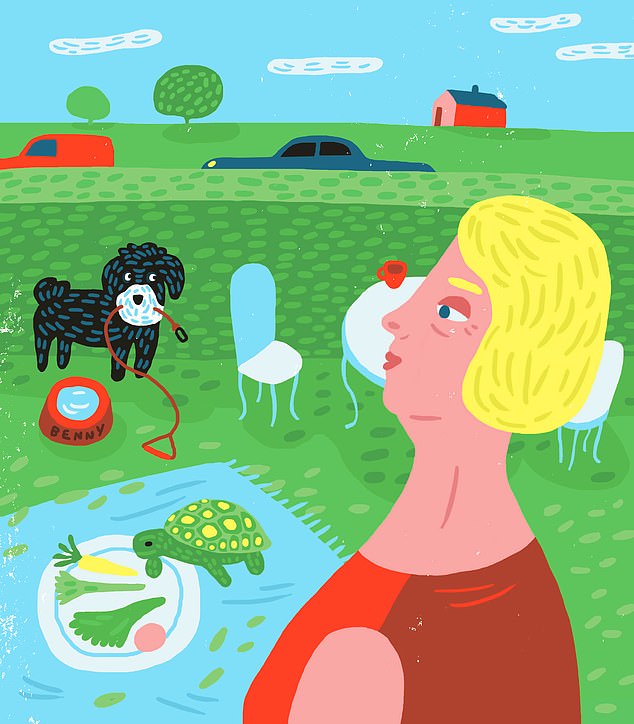 BONNIE ESTRIDGE: It wasn’t the booze that caused the problem, I was told by doctors, but alcohol does stress the liver so I needed to give mine a rest. And on reflection, I was probably drinking too much

The general consensus was that it was due to the antibiotics. I’m also on statins, which are known to have an effect on the liver – although I’ve been taking them for more than a decade, with no problem, so it was unlikely to be those. Interestingly, the medication I take for The A Word also wasn’t a worry.

The upshot was, my long-suffering husband Chris and I decided I’d knock the drinking on the head, for now at least.

It wasn’t the booze that caused the problem, I was told by doctors, but alcohol does stress the liver so I needed to give mine a rest. And on reflection, I was probably drinking too much.

I’d have a glass of wine, maybe two, most evenings. And sometimes I’d have one at lunchtime. I wasn’t a lush, and I never have been. These things just sort of creep up on you.

I enjoy a drink, and I will do again I’m sure, but for the time being I’m teetotal. Now, obviously one must have liquid of some description, to lubricate the throat. So I’ve found some terrific alternative tipples.

I’ve given alcohol-free wine a go but, to be honest, it’s revolting.

Top of my list now is Waitrose Sparkling Cucumber and Lemonade Refresher. So there’s a bottle of that in my fridge. There’s also one of something with Sicilian blood orange, and another posh fizzy drink with raspberries. Oh, and a few cans of Diet Coke.

My most recent blood test, last week, shows my liver is working normally again. But I don’t think I’m going to start back on the wine. Not just yet, anyway. 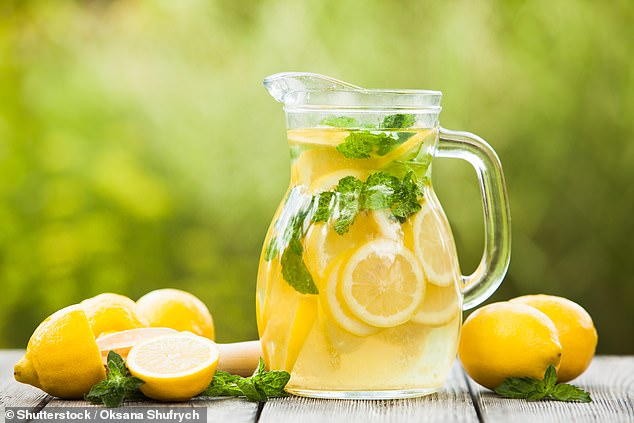 BONNIE ESTRIDGE: I enjoy a drink, and I will do again I’m sure, but for the time being I’m teetotal. Now, obviously one must have liquid of some description, to lubricate the throat. So I’ve found some terrific alternative tipples (pictured, stock image)

In other news, while reading the paper last week I came across a story about Tommy the tortoise, who celebrated her (yes, Tommy is a female) 121st birthday. She is, apparently, Britain’s oldest pet. And I realised while I often talk about my dog Benny – who is so clever, he can find his lead when I’ve forgotten where I’ve left it – I’d never mentioned Stan, my own ancient tortoise.

We got Stan and another tortoise, Hilda, from a pet shop in the 1980s. My daughters were little and insisted it was a good idea, and such things were legal then. After a few months, Stan laid some eggs, and we realised that he was in fact a she.

Don’t ask me about the mechanics of all this, or how Stan ended up pregnant – I don’t know anything about the sex lives of tortoises. At the time, I called London Zoo to ask them what to do with the eggs. They said to put them somewhere warm. But they never hatched. Hilda later went blind, and we took her to the vet who adopted her.

But Stan stayed with us, and although the girls have left home, she potters round the garden and eats lettuce. Little gem are her favourite. She often pops inside and follows Benny and our cat Alfie (also a girl, we discovered after thinking the opposite – I like to think of them as my gender-fluid zoo) who are quite happy with the company.

Stan was about 40, we were told, when we got her, so she’s an old bird now. My mind boggles to think she could live into her 100s – every winter, she starts to bury herself in leaves and we know it’s time to put her in her hibernation box. And every spring, she wakes up. She keeps plodding on, which I suppose is something we can all learn from.

Do tortoises get dementia? If anyone knows, please write to me.

Share your experiences with Bonnie at [email protected] or write to her at Health Desk, The Mail on Sunday, Northcliffe House, 2 Derry Street, London W8 5TT