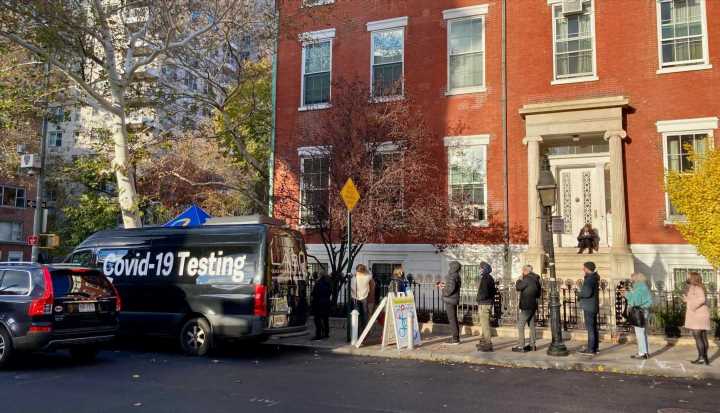 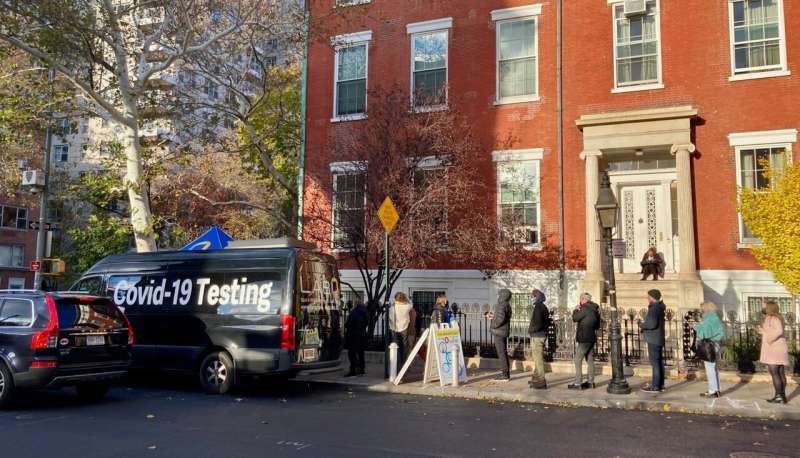 The omicron-fueled surge in COVID-19 cases is likely to peak by mid-January, according to new projections, after which the numbers are expected to plummet just as quickly as they soared.

Projections from the Laboratory for the Modeling of Biological + Socio-technical Systems in the Network Science Institute at Northeastern suggest that the omicron variant, which has gripped the nation in the last few weeks, may stop shattering records soon.

“Omicron was fast and furious in its growth and will be fast—hopefully not furious—but very fast also in its decline,” says Alessandro Vespignani, director of the Network Science Institute and Sternberg Family Distinguished Professor at Northeastern. “It should be receding sooner than other waves that we experienced in the past.”

Vespignani’s team of infectious-disease modelers has been developing a set of projections about the possible futures of the COVID-19 pandemic since the crisis began. The research group is part of a network of expert disease-modeling teams across the country that collaborate with the U.S. Centers for Disease Control and Prevention.

“If you look at the United States, the bulk of the infections should be mid-January, and we should start seeing a decline in the second half of January,” Vespignani says. “So it’s, in a sense, very soon.”

There are caveats, however, Vespignani says. Not every state or city will see a peak and subsequent decline in cases at the same time.

“For instance, if you look at New York,” he says, “they are probably already in the decline phase. While if you think about, I don’t know, Maine, they might still be on the rise.”

Along with Vespignani’s team, the consortium of infectious-disease-modeling teams from across the country project that cases and hospitalizations are likely to peak before the end of January 2022 in every state (with a few more conservative models projecting later peaks in some places).

The ensemble of models also projects that all metrics used to track the disease and its severity—cases, hospitalizations, and deaths—will likely have declined significantly from their peak rates by mid-March. By then, though, they’ll likely still be higher than they were in June 2021, when those metrics were at the lowest levels of the pandemic so far.

And, while Vespignani’s team expects to see a sharp drop in case counts in the coming weeks, the related drop in hospitalizations and deaths will occur later, likely sometime in February. That’s because there’s a lag between the point at which most patients test positive and the point at which their symptoms become severe enough to warrant hospitalization. There’s another lag while municipalities record deaths.

Vespignani notes that these projections are for the United States. In other countries, particularly places with lower vaccination rates, the trajectory of the omicron outbreak may look quite different.

Even for the U.S., these projections of the future of the pandemic are always subject to change, Vespignani adds. “This is all based on what we have at the moment. If there is another—think of another Greek letter—variant emerging in two weeks or two months, then it’s a different story as to what would be the impact.”

“We don’t know what SARS-CoV-2 has in store for us,” he says, referring to the coronavirus that causes COVID-19.

Still, Vespignani says, the omicron-fueled surge in cases is already different from the one we experienced last winter. Then, with vaccines just beginning to roll out and a more deadly strain of the virus spreading, cases were more severe. We were all still at home, lockdowns dominated, and thousands died.