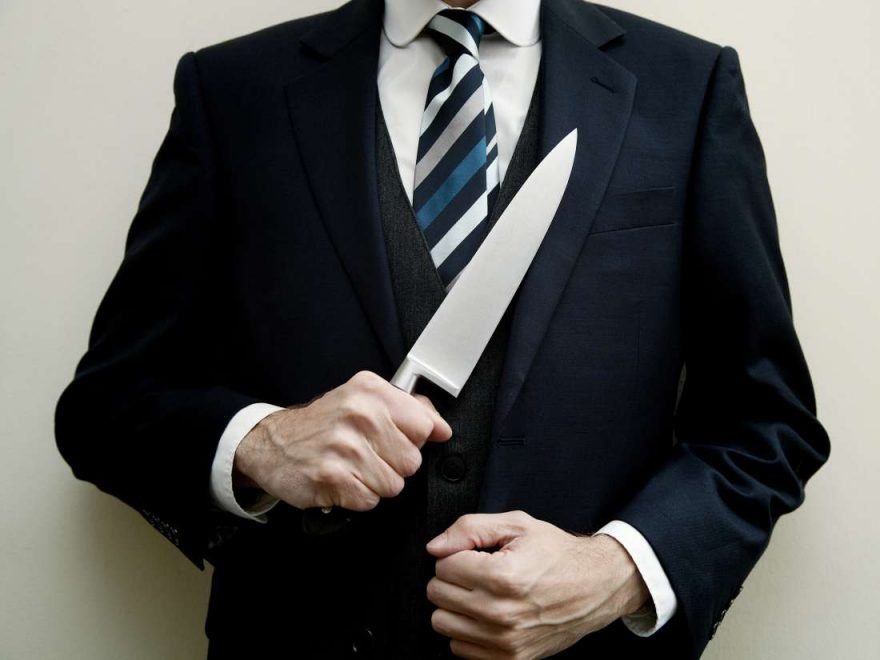 Psychopathy is generally considered to be a personality disorder.

Although the Diagnostic and Statistical Manual of Mental Disorders (DSM) does not formally acknowledge psychopathy as a standalone condition, it incorporates it under the wider “antisocial personality disorder.”

But what is a psychopath? In 1993, Canadian psychologist Robert Hare, the creator of the famous Hare Psychopathy Checklist, defined psychopaths as “social predators who charm, manipulate, and ruthlessly plow their way through life.”

“Completely lacking in conscience and feeling for others,” he goes on to say, psychopaths “selfishly take what they want and do as they please, violating social norms and expectations without the slightest sense of guilt or regret.”

Does any of this sound familiar? The stereotypical portrait of the psychopath may call to mind such fictional characters as Hannibal Lecter, or even real personalities such as the serial killers Ted Bundy or Jeffrey Dahmer. However, some argue that most psychopaths live among us.

According to recent estimates, just below 1 percent of non-institutionalized males in the United States are psychopaths.

Despite this small percentage, people who have psychopathy are 20–25 times more likely to be incarcerated than non-psychopaths, and half of all violent crimes in the U.S. are committed by psychopaths.

That said, if you feel as though this definition could easily fit your boss or your neighbor, you might be right. In his book Snakes in Suits, Hare argues that psychopaths are more numerous than we might think, many of them fitting perfectly, and even thriving in, the corporate world or that of politics.

“[N]ot all psychopaths are killers,” Hare writes. “They are more likely to be men and women you know who move through life with supreme self-confidence — but without a conscience.”

In this article, we will attempt to find out exactly what goes on inside the brain of such supremely confident yet conscienceless people. Is there such a thing as a neurological explanation for callousness? Can anything be done to correct it?

When the brain is not ‘equipped’ for empathy

“A marked lack of empathy is a hallmark characteristic of individuals with psychopathy,” explains Jean Decety, the Irving B. Harris Professor in psychology and psychiatry at the University of Chicago in Illinois, and a world-renowned expert on the neuroscience of empathy.

Several studies have suggested the neural basis for empathy is either faulty or lacking altogether in the psychopathic brain.

Research has indicated that psychopaths might have an impaired mirror neuron system — that is, difficulties with the neurons that, in a healthy brain, activate both when we perceive someone else doing an action and when we do that same action ourselves.

Other, now classic, studies have found reduced volumes of gray matter in the brain’s so-called paralimbic system — the conglomerate of brain regions responsible for emotion regulation and self-control, setting goals, and staying motivated in the face of delayed gratification.

He and his team scanned the brains of 121 inmates held in a U.S. medium-security prison while they were shown images of painful situations. The study participants were also assessed using the Hare Psychopathy Checklist-Revised (PCL-R).

When the participants deemed “highly psychopathic” were asked to imagine that the pain was inflicted on them, the relevant brain areas known to be linked with emotion processing and empathy for pain did “light up” in the functional (MRI) machine.

These brain areas are: the anterior insula, the anterior midcingulate cortex, somatosensory cortex, and the right amygdala.

However, when the highly psychopathic individuals were asked to imagine that somebody else was experiencing pain, the same brain areas failed to respond.

Also, the study found that the participants’ insulae and ventromedial prefrontal cortices (vMPFC) failed to connect when the participants had to take the perspective of another.

The vMPFC, also known as the “social hub” of our brain, is an area involved in empathetic decision making — that is, it helps us to weigh decisions that benefit either ourselves or others — and in attributing feelings and thoughts to other people.

But it seems that in the case of psychopaths, the neural circuits that would have to activate during empathy are just faulty, making psychopaths ill-equipped for this basic human emotion.

Due to the brain’s neuroplasticity, Prof. Decety and colleagues suggest that both cognitive therapy and drugs may help to repair the broken “connections” between brain areas.

The greatest challenge of treating psychopathy, however, relies on the fact that psychopaths seem to be immune to punishment. Guiltless and remorseless, psychopaths do not seem to fear or learn anything from retribution, perhaps because of the broken connection between the brain’s amygdala and the prefrontal cortex.

However, a model that centers on positive reinforcement instead may work. Developed by the staff at the Mendota Juvenile Treatment Center (MJTC) in Madison, WI, the so-called Decompression Model is a cognitive-behavioral intervention that immediately rewards every positive action or gesture, no matter how small.

Additionally, the rewards are scalable. The highly psychopathic youth were told that if they persist with their positive behavior, the small reward they got at first — say, being told “well done” — can progress into some delicious dessert, and later on into the right to play video games, and so on.

Perhaps because the psychopathic brain is so centered on rewards, interventions such as the one at the MJTC yielded “staggering” results. In their intervention summary, the MJTC report:

“The program had the greatest impact on serious violent offenses, reducing the risk of their incidence by about half. Youth in the treatment group were more than [six] times less likely to engage in felony violence than the comparison group youth.”

Impressively, young people who did not receive the MJTC treatment killed 16 people, whereas no homicides were registered in the intervention group.

But this is not the only intervention that has proved successful. In her review of existing studies, Lindsay Aleta Sewall — a researcher at the University of Saskatchewan in Saskatoon, Canada — says that “a growing collection of studies has found that psychopathic offenders who decreased their risk as a result of treatment, demonstrate lower rates of recidivism.”

Sewall also refers to research that makes a vital point; offenders who still score high on the PCL-R psychopathy scale after treatment does not mean that the treatment was unsuccessful. What we need to look at is recidivism.

In other words, it doesn’t matter so much whether psychopathy can be cured, as it does whether it can be managed.

Drawing on his own findings, Prof. Buckholtz explains, “The same kind of short-sighted, impulsive decision-making that we see in psychopathic individuals has also been noted in compulsive overeaters and substance abusers.”

And, just like in these people — although one can never be fully cured — perhaps with the right treatment, psychopaths can learn to lead normal lives, one day at a time.

We picked linked items based on the quality of products, and list the pros and cons of each to help you determine which will work best for you. We partner with some of the companies that sell these products, which means Healthline UK and our partners may receive a portion of revenues if you make a purchase using a link(s) above.