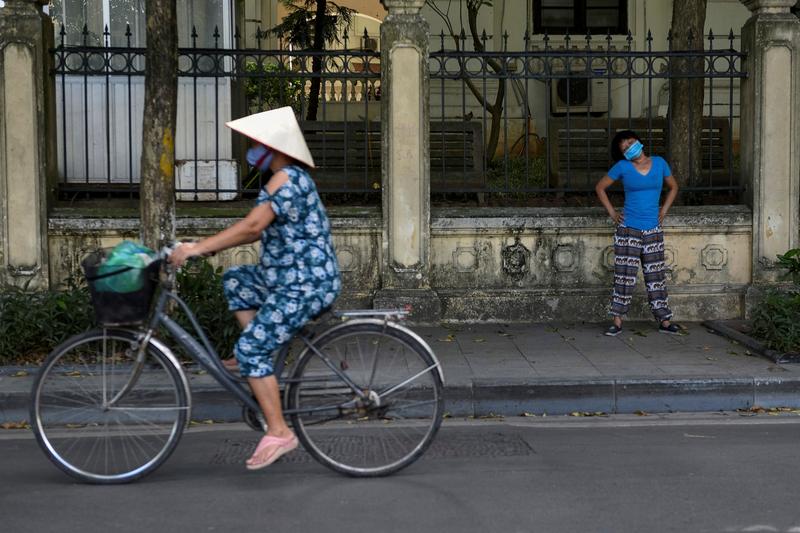 FILE PHOTO: A woman wears a protective mask as she exercises on the street amid the coronavirus (COVID-19) pandemic, in Hanoi, Vietnam, May 31. REUTERS/Thanh Hue

Hanoi has in the past two weeks ordered people to stay at home and halted all non-essential activities, but a three-fold rise in infections has prompted the city to extend the current curbs that were due to end on Saturday.

While the numbers are still low, authorities are wary after the highly contagious Delta variant of the virus has helped drive up infections across the country to a total of 189,000 cases.

“The risk is still high with the continuous detections of new clusters of infections, many of which have unidentified sources,” the health ministry said following Hanoi’s announcement of the extended restrictions.

Nationwide, about a third of Vietnam’s 63 cities and provinces are under strict coronavirus curbs as the country struggles to get on top of its worst outbreak so far.

Hanoi’s vaccination programme is still at an early stage. Around 1.1 million COVID-19 doses have been administered in the city of 8.5 million, but only 74,000 people have been fully vaccinated.

Overall, just 780,000 people have been fully vaccinated in Vietnam, or less than 1% of the country’s 98 million population, according to official data.