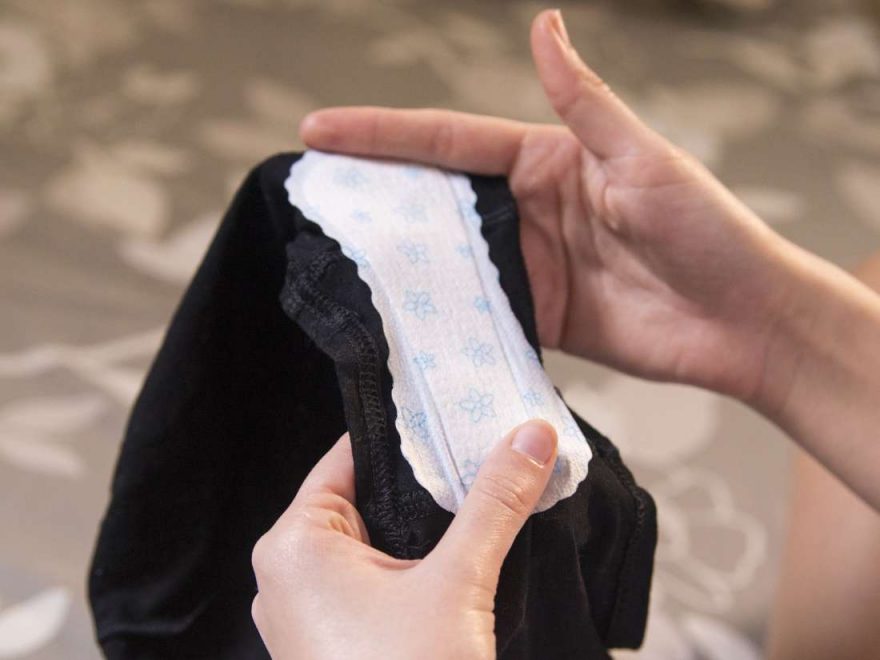 Bleeding between periods refers to any bleeding that occurs after the period ends, or before the period is due to begin. When this happens, a person may notice light brown spotting in their underwear or a heavy flow resembling a regular period.

In this article, we look at the possible causes of bleeding between periods, possible ways to prevent spotting, and when to see a doctor.

Causes of bleeding between periods

The medical term for bleeding between periods is metrorrhagia. It is also known as spotting or breakthrough bleeding.

A period refers to the time when a woman bleeds each month, which usually lasts between 2 and 7 days. Periods are different for every woman.

There is a variety of reasons for bleeding between periods:

Hormonal contraceptives are a common cause of vaginal bleeding between periods. If they do cause irregular bleeding, it usually only occurs for the first 3 to 6 months of using the contraceptive.

Some examples of hormonal contraceptives include:

If bleeding between periods is very heavy or lasts for longer than 3 months, it may be a good idea to seek medical advice. Changing to an alternative form of contraception can often stop breakthrough bleeding.

Bleeding between periods can happen if a person does not take their hormonal contraception according to the instructions. For example, a woman may miss taking a contraceptive pill, or have a problem with a birth control patch. This can sometimes cause spotting.

Some women experience spotting shortly after becoming pregnant, marking the moment when the fertilized egg implants into the lining of the uterus. This is called implantation bleeding. They may also feel a slight cramping in the uterus.

Bleeding between menstrual periods is one early sign of a miscarriage. Miscarriages can occur at any time during pregnancy and may happen before a woman is aware that she is pregnant.

Many people experience some bleeding after having a termination or abortion. Spotting may last for several weeks after having an in-clinic procedure or taking the abortion pill. If bleeding is very heavy, seek medical advice.

Some sexually transmitted infections (STIs) can cause vaginal bleeding. Chlamydia is a typical example. As well as spotting between periods, chlamydia can cause bleeding during or after sex.

If the skin or tissue of the vagina is damaged, it can bleed. The most common way for this to happen is during penetrative sex. It is much more likely if the vagina is dry.

The body produces a natural lubricant that prepares the vagina for penetrative sex. Vaginal dryness can be caused by many factors including a lack of arousal, changing hormone levels due to menopause, diabetes, or cancer treatment.

Menopause usually happens between the ages of 45 and 55. It is marked as the time at which a woman has not had a period for 1 year.

Perimenopause is the period leading up to menopause. This can last for up to 10 years as hormone levels in the body change.

Hormone levels are often unstable during perimenopause. This can cause irregular periods, spotting, and heavy bleeding.

Polyps in the cervix or vagina

Polyps are small growths. They can develop in the uterus or on the cervix, which is the structure between the vagina and uterus. In some cases, polyps can cause bleeding and may need to be removed.

Bleeding between periods or after sex is usually the first symptom of cervical cancer. Other early symptoms include pain or discomfort while having sex, or unpleasant-smelling vaginal discharge.

Uterine or womb cancer tends to occur in women over 50. Vaginal bleeding is also an early symptom of this type of cancer, especially if the bleeding occurs after menopause.

Uterine cancer mostly affects women who have reached menopause. This means that they no longer have periods. For this reason, any vaginal bleeding after menopause should be noted as unusual.

If women have not reached menopause, bleeding may happen between periods. Sometimes bleeding is heavier than usual. Less common symptoms include pain during sex or pain in the abdomen.

Polycystic ovary syndrome (PCOS) is a condition that can cause irregular periods, as well as some bleeding between periods. Other symptoms include fertility problems, weight gain, and oily skin or acne.

Treatment will depend on the underlying cause. Keeping track of when bleeding happens, how often it lasts, and how much blood is lost can help a doctor diagnoses a cause.

Cervical cancer testing, known as screening or a pap smear, checks for anything unusual in the tissue of the cervix. The American Cancer Society recommend that women should begin attending cervical screening at the age of 21.

Small tears and bleeding can be caused by damage to dry skin in the vagina. Using an artificial lubricant and ensuring arousal before sex can prevent damage to the vagina during sexual activity.

There is no cure for PCOS, but it is possible to manage the symptoms. Treatment can include losing weight, taking hormonal contraceptives, and using metabolic treatments.

The most common reasons for vaginal bleeding between periods are hormonal contraceptives or changes relating to menopause.

Regular cervical screening is an essential part of preventive healthcare that can help to find any unusual cells early.

Being aware of any other symptoms and seeking medical advice can help a doctor to diagnose or rule out a possible health problem.