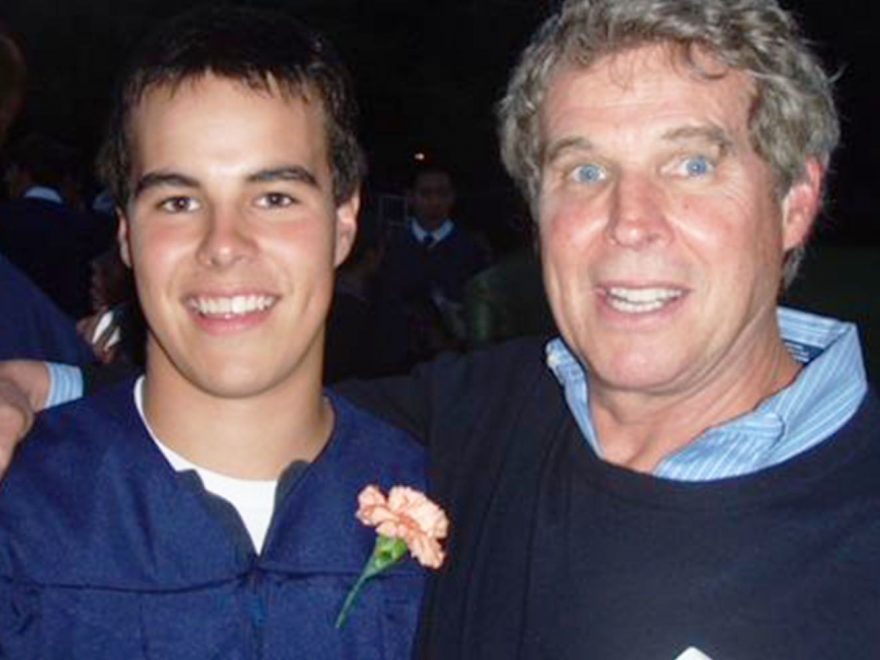 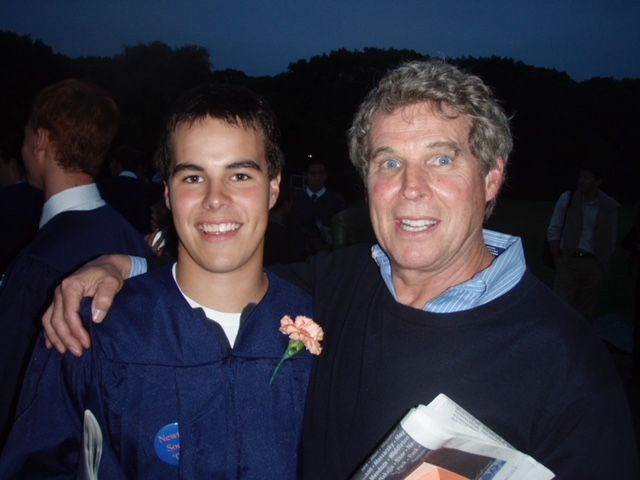 Decades ago, Rick Dyer, 66, was using 48 to 50 bags of heroin a day. When he finally got sober, it was after experiencing the agonies of withdrawal in a Massachusetts jail cell.

Rick, who’s been sober for 42 years now, went on to start a family. As his son, Eric, grew up, he was open with him about his past struggles with addiction, believing that if Eric knew his story, he wouldn’t fall into the same trap he did.

“He had never seen me drink or do drugs,” Rick, who now works as a criminal lawyer, told MensHealth.com by phone. “He had seen nothing but the promises, benefits, hopes, and aspirations of recovery.”

Rick “could never have imagined” that his son would follow in his footsteps and develop an opioid addiction, too.

Eric’s experimentation with drugs started in the seventh grade, when he tried weed for the first time. Almost immediately, he was hooked. “The way I smoked was different from my peers — I wanted to use it every day,” Eric, now 27, told MensHealth.com.

As the years passed, he started drinking and using other drugs; once he’d snorted cocaine, he figured he might as well snort painkillers like Vicodin and Percocet, too. By the time he was a junior at Union College, he’d developed a physical dependency on opioids.

“The entire day revolved around one thing,” he said: “Was I going to have enough milligrams of oxycodone to not get sick?”

“The worst part is knowing the only thing that can fix it is more of what’s making you so sick.”

If he woke up in his frat house bedroom at 5 a.m. and had painkillers on-hand, he’d get up at 5 a.m. and start his day. If he didn’t have any drugs — and no money to buy more — he’d stay in bed all day and go through withdrawal.

“Imagine you had the flu, a stomach bug, leg cramps, and back problems because you pulled your back out doing squats, all combined into one, and times that by a thousand,” he said. “It’s the most uncomfortable feeling you could ever have, and the worst part is knowing the only thing that can fix it is more of what’s making you so sick.”

Rick knew that his son was suffering, but Eric “avoided me like the plague,” Rick said. It wasn’t easy to watch his son’s struggles mirror his own: “My addiction took from me members of my family, my friends, my opportunity to graduate school … and it was doing that to Eric.”

Eric was not alone. In 2015, 2 million Americans over the age of 12 had a substance use disorder involving prescription pain relievers, according to the American Society of Addiction Medicine.

It’s also not uncommon for members of the same family to fall prey to drug addiction. Dads like Rick can set good examples for their kids, but the fact is, genetics make up 40 to 60 percent of a person’s risk for developing an addiction, according to Dr. Ben Nordstrom, M.D., Ph.D., President and CEO of Phoenix House.

As the U.S. faces an ever-worsening opioid crisis, “it’s quite common to see multiple members of the same family struggling with opioid use disorders,” Nordstrom said in an email.

“People with strong family histories of addiction need to realize that their risk of developing a problem is higher than normal, and need to be cautious and make informed choices about experimenting with drugs,” he added.

“It’s quite common to see multiple members of the same family struggling with opioid use disorders.”

For Eric, his rock-bottom moment came on his 21st birthday, when he came home high and his girlfriend decided she was fed up with his empty promises to get help. She took his pricey stash of pills — the ones he’d bought by stealing his mom’s credit card, buying a laptop, and selling the laptop to a drug dealer — and flushed them down the toilet.

For Rick, it was a “thank you, god” moment. “My hope was that this was going to be turning point for him,” he said.

The toilet incident led to a series of attempts to get sober, but Eric’s addiction won out every single time. Finally, he checked into the Gosnold Treatment Center in Cape Cod, where a counselor recommended he try an injectable medication called Vivitrol.

Vivitrol is a brand-name version of the drug naltrexone, which binds to the brain’s opioid receptors without activating them. “When a person’s receptors are blocked like this, they can’t feel the effects of heroin or other opioids,” Nordstrom explained.

On the medication, Eric had fewer thoughts about getting high — and it freed him up to connect to the services and support systems he needed to stay sober.

“It catapulted me into this world of recovery that I didn’t anticipate being in,” Eric said.

“I knew that if he hung in there, every day was going to get better.”

That’s not to say his recovery was smooth sailing, but thankfully, he had his dad to guide the way.

“I heard him complain and kick and scream and say, ‘This may not work, I’m not worth it,'” Rick remembered. “It was heart-wrenching for me as a father. But I knew that if he hung in there, every day was going to get better. I kept promising him, ‘It will change.'”

It did. Eric went on to finish college and get a combined graduate degree in law and business. Now he’s a lawyer, like his dad. And the girlfriend who flushed his pills down the toilet? She’s now Eric’s wife.

Not everyone with an opioid addiction has a success story like Rick and Eric’s. In 2016, 116 people died every day in the U.S. from opioid-related drug overdoses. Our national life expectancy is going down, and opioid fatalities are partly to blame for that.

What advice would the father and son give to other guys struggling with addiction?

“Ask for help and get help,” Eric said. “Help is usually in the form of treatment. If you get treatment, you can live a life beyond your wildest dreams.”

If you or someone you know is struggling with opioid addiction, call SAMHSA’s National Helpline at 1-800-662-HELP (4357). You can also visit SAMHSA’s Behavioral Health Treatment Services Locator to find treatment facilities near you.