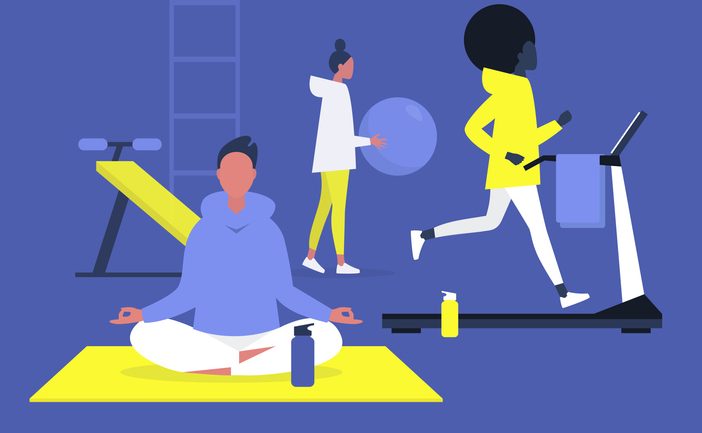 When it comes to a workout or run, there are a few fitness essentials: good shoes, a decent warm up and plenty of water.

We’re often told how important the latter is, to ensure we are replacing the fluids lost through sweat.

But what’s the best way to actually drink water when working out?

Is it better to sip little and often, or in larger quantities? And should we hydrate before or after to avoid things like stitch and nausea?

Tash Curry, a senior coach at Another Round, says the first thing is to ensure you’re hydrated before any workout.

She tells Metro.co.uk: ‘Making sure you are hydrated before exercising is very important, if not your temperature will rise faster and your heart will have to work harder than usual.

‘Staying hydrated throughout the rest of the day is key, (probably more than in a workout), drink steadily and aim to drink around 450ml of fluid two to four hours before exercising, to get the most out of your workout.’

In terms of the workout itself, little sips are the way to go.

She explains: ‘Sipping water at 15-20-minute intervals is by far the best way. Also, sip rather than gulp in between your rounds in a high intensity workout, or you’ll probably puke.

‘It also reduces the risk of hyponatremia, where too much water in a short space of time causes sodium levels to drop dangerously low.

‘The only exception to gulping is if you’re slightly dehydrated at the start of your workout and need to get fluid on board quickly.’

This means if you’re heading out for a run, it might be an idea to take a water bottle with you.

Kunal Makwana, a personal trainer and founder of KMAK Fitness, says: ‘I would always advise sipping throughout – whether you’re doing weight training or running in general.

‘And I wouldn’t advise drinking a gallon before you go for a run because you’re going to be very bloated.’

Olympic Weightlifter and sprinter Haylene Ryan-Causer echoes this and stresses that different workouts may require a slightly different approach.

She says: ‘Generally during a power workout you need to drink during set breaks as dehydration can cause you to lose focus and could cause injury.

‘During a HIIT class, it’s normally inconvenient to just drink whenever you want. When you are able to, make sure that you drink a little more than usual after – as you will have lost a lot of water from sweat.’

Also, for your post-workout drink, you can use this handy formula to see how much your body needs.