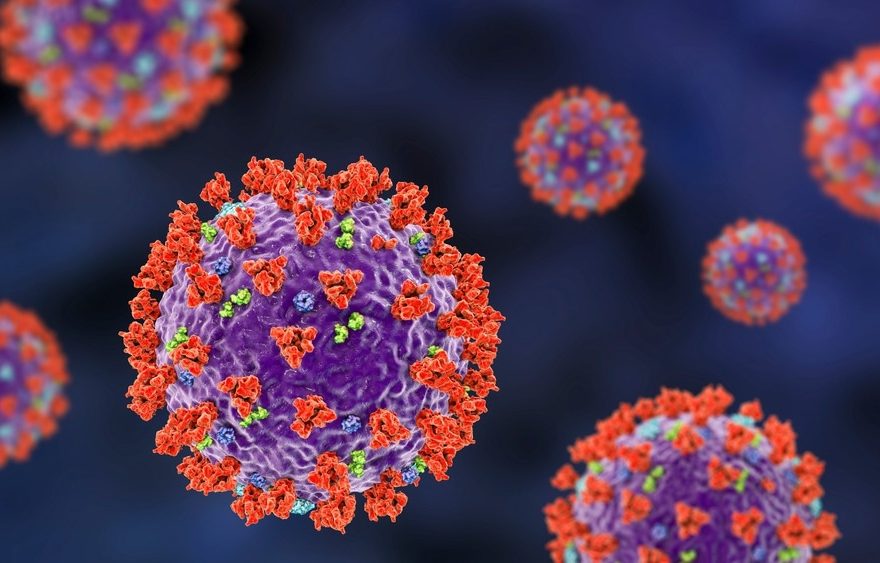 SARS-CoV-2, the etiological agent of coronavirus disease 2019 (COVID-19), has displayed high genetic plasticity since it initiated the first pandemic wave in late 2019. By 2020, SARS-CoV-2 had given rise to multiple VOCs and VOIs differing in their genetic, clinical, and epidemiological characteristics.

Intriguingly, most SARS-CoV-2 variants have not evolved from each other in a set pattern but independently from ancestral strain. For instance, Omicron VOC that emerged in 2022 most closely resembled genetically a SARS-CoV-2 strain that was circulating in mid-2020. Another example is the VOI Zeta, which arose alongside the Gamma VOC in South America for a brief period.

In the present study, researchers used differentiated three-dimensional (3D) tissues of the human respiratory tract and organoids to recapitulate the in vivo situation. In addition, they used a range of immortalized cell lines of domestic and wildlife species, especially of European origin.

These cell lines included primary human airway epithelial cells (HAE) derived from the nasal epithelium and lung-derived cell lines. They used animal cell lines derived from bats, rodents, insectivores, and carnivore species. Further, the researchers obtained all SARS-CoV-2 isolates after one passage in Vero-E6 cells. Since Vero-E6 was less permissive to Beta VOC, they isolated it in the A549-ACE-2 cell line after the second passage in mixed Vero-E6:A549-ACE-2 (1:1) cells. These isolates infected cell cultures at a multiplicity of infection (MOI) of 0.1 at 37°C and 33°C. The team performed all cell cultures at 37 °C under 5% CO2. Under similar conditions, they performed all SARS-CoV-2 infection assays.

The authors observed a distinct Omicron BA.1 phenotype with shorter but faster and more efficient replicative abilities and infectious viral shedding in the nasal HAE cell model. All these properties, in addition to their immune evasion properties, likely contribute to Omicron’s infectiousness and high secondary attack rate in real-world settings.

Compilation of the top interviews, articles, and news in the last year.

Conservation of the host receptor ACE-2 across mammalian species has facilitated the inter-species transmission of SARS-CoV-2. Perhaps this is the reason why it keeps establishing more and more novel animal reservoirs. However, it is also worrisome because it increases the risk of more mutations in the virus and spill-backs into humans. In this context, the researchers noted that both Delta and Omicron BA.1 did not show an increased host range in animal cell lines derived from multiple European small mammals (e.g., bats of the family Rhinolophidae). Furthermore, they showed no signs of replication in the cells derived from a more ubiquitous non-Rhinolophidae bat, P. pipistrellus.

A rabbit kidney-derived cell line alone was susceptible to Omicron, B.1, and Delta replication. Surprisingly, no other rabbit cell lines or cells originating from minks and ferrets showed any susceptibility to SARS-CoV-2, although it infects both species. There could be several explanations for the observed discrepancies between in vitro findings and natural infections and animal studies. For instance, the cell culture models do not accurately reflect the site of in vivo replication and have reduced receptor expression.

The study data demonstrated that Omicron has the most distinguished phenotypic differences compared to all other SARS-CoV-2 variants. Moreover, it has a human origin because SARS-CoV-2 does not readily replicate in bat cells having divergent receptor-binding domain sequences, like RaTG13.

Furthermore, the study highlighted how the cell culture models could help better understand phenotypic differences and infectivity of SARS-CoV-2 variants in humans. Despite their limited ability to reflect in vivo environments, these models are relevant to assess the risk of SARS-CoV-2's zoonotic spillback.

Neha is a digital marketing professional based in Gurugram, India. She has a Master’s degree from the University of Rajasthan with a specialization in Biotechnology in 2008. She has experience in pre-clinical research as part of her research project in The Department of Toxicology at the prestigious Central Drug Research Institute (CDRI), Lucknow, India. She also holds a certification in C++ programming.