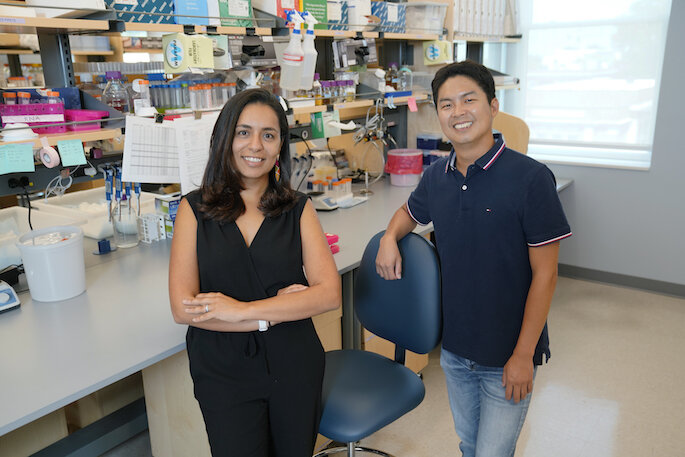 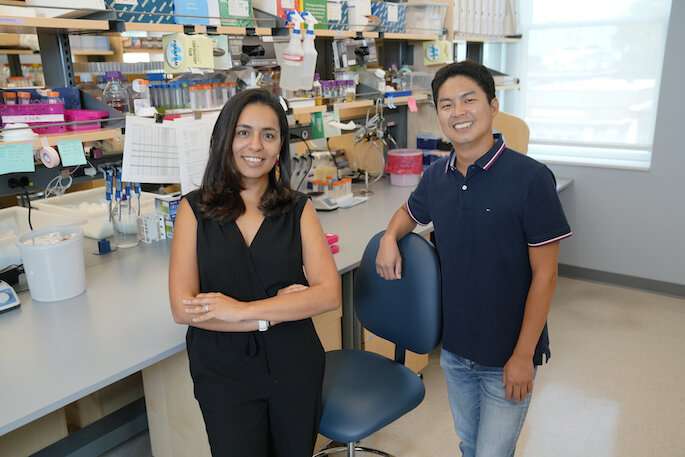 A high-fat diet disrupts the biology of the gut’s inner lining and its microbial communities—and promotes the production of a metabolite that may contribute to heart disease, according to a study published Aug. 13 in the journal Science.

The discoveries in animal models support a key role for the intestines and microbiota in the development of cardiovascular disease, said Mariana Byndloss, DVM, Ph.D., assistant professor of Pathology, Microbiology and Immunology at Vanderbilt University Medical Center.

The intestines, she noted, have been relatively understudied by scientists seeking to understand the impact of obesity.

“Before COVID, obesity and metabolic syndrome were considered the pandemic of the 21st century. Right now, roughly 40% of the U.S. population is obese, and that percentage is predicted to climb,” Byndloss said. “Our research has revealed a previously unexplored mechanism for how diet and obesity can increase risk of cardiovascular disease—by affecting the relationship between our intestines and the microbes that live in our gut.”

In previous studies, Byndloss and Andreas Bäumler, Ph.D., at the University of California at Davis, found that the epithelial cells lining the intestines and gut microbes share a mutually beneficial relationship that promotes a healthy gut environment. They wondered if diseases like obesity affect this relationship.

These factors, in turn, stimulate the growth of harmful Enterobacteriaceae microbes, such as E. coli, and boost bacterial production of a metabolite called TMA (trimethylamine). The liver converts TMA to TMAO (trimethylamine-N-oxide), which has been implicated in promoting atherosclerosis and increasing the relative risk for all-cause mortality in patients.

“It was known that exposure to a high-fat diet causes dysbiosis—an imbalance in the microbiota favoring harmful microbes, but we didn’t know why or how this was happening,” Byndloss said. “We show one way that diet directly affects the host and promotes the growth of bad microbes.”

The researchers demonstrated that a drug currently approved for treatment of inflammatory bowel disease restored the function of intestinal epithelial cells and blunted the increase in TMAO in the animal models. The drug, called 5-aminosalicylic acid, activates mitochondrial bioenergetics in the intestinal epithelium.

“This is evidence that it’s possible to prevent the negative outcomes associated with a high-fat diet,” Byndloss said. A drug such as 5-aminosalicylic acid might be used in conjunction with a probiotic to both restore a healthy intestinal environment and boost beneficial microbe levels, she added.

“Only by fully understanding the relationship between the host—us—and gut microbes during health and disease are we going to be able to design therapies that will be effective in controlling obesity and obesity-associated outcomes like cardiovascular disease.”