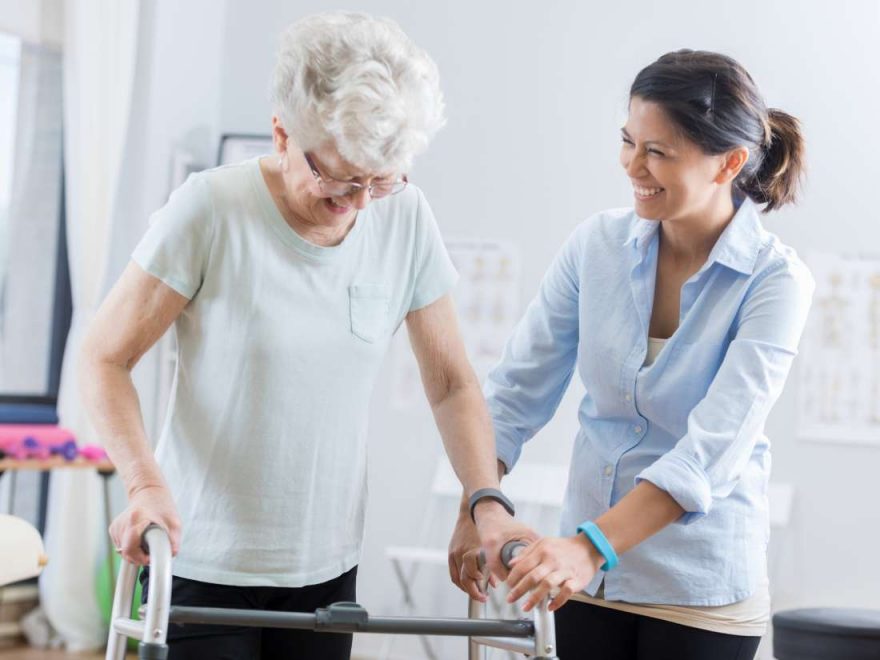 Repetitive transcranial magnetic stimulation (rTMS) is a noninvasive brain stimulation technique; magnetic coils are placed on a person’s scalp, and short electromagnetic pulses are delivered to specific brain areas through the coil.

Although these pulses only cause an almost imperceptible “knocking or tapping” sensation for the patient undergoing the procedure, they reach into the brain, triggering electric currents that stimulate neurons.

rTMS has mainly been used to treat psychosis, depression, anxiety, and other mood disorders with a fair degree of success. In a recent study, more than one third of people living with auditory verbal hallucinations — a marker of schizophrenia — reported a reduction in their symptoms following the procedure.

But researchers have also been delving into the potential that the technique has for improving life after stroke. Four years ago, for instance, a team of researchers at The Ohio State University Wexner Medical Center in Columbus used rTMS to improve arm movement in people who had experienced a stroke, and more studies have explored this therapeutic potential since.

Now, a team of researchers — jointly led by Dr. Chengqi He, of Sichuan University in the People’s Republic of China, and Shasha Li, of Massachusetts General Hospital and Harvard Medical School, both in Boston, MA — set out to review these studies.

Dr. He and colleagues wanted to see if the technique improved motor skills for people who had stroke; to do so, the researchers examined the impact rTMS has on walking speed, balance, and other key factors for post-stroke rehabilitation.

The findings were published in the American Journal of Physical Medicine & Rehabilitation, the official journal of the Association of Academic Physiatrists.

Dr. He and team reviewed nine studies of rTMS — including five randomized controlled trials — which were published between 2012 and 2017.

Of the nine studies, six included data on the walking speed of 139 stroke survivors. The researchers carried out a pooled analysis of these studies, and the results revealed that rTMS “significantly improves walking speed.”

This improvement was greater among people who received stimulation on the same side of the brain that the stroke occurred. By contrast, those who received rTMS on the opposite side did not see any improvement.

Other key health outcomes for stroke survivors such as balance, motor function, or brain responsiveness did not show any improvement as a result of rTMS.

In the United States, it is estimated that almost 800,000 people annually have a stroke, which makes the condition a leading cause of long-term disability in the country. More than half of the seniors who survived a stroke have reduced mobility as a result.

Although the review shows that rTMS is a promising strategy for restoring independent walking, the authors say that more research is needed. Dr. He and colleagues conclude:

“Future studies with larger sample sizes and an adequate follow-up period are required to further investigate the effects of rTMS on lower limb function and its relationship with changes in cortical excitability with the help of functional neuroimaging techniques.”