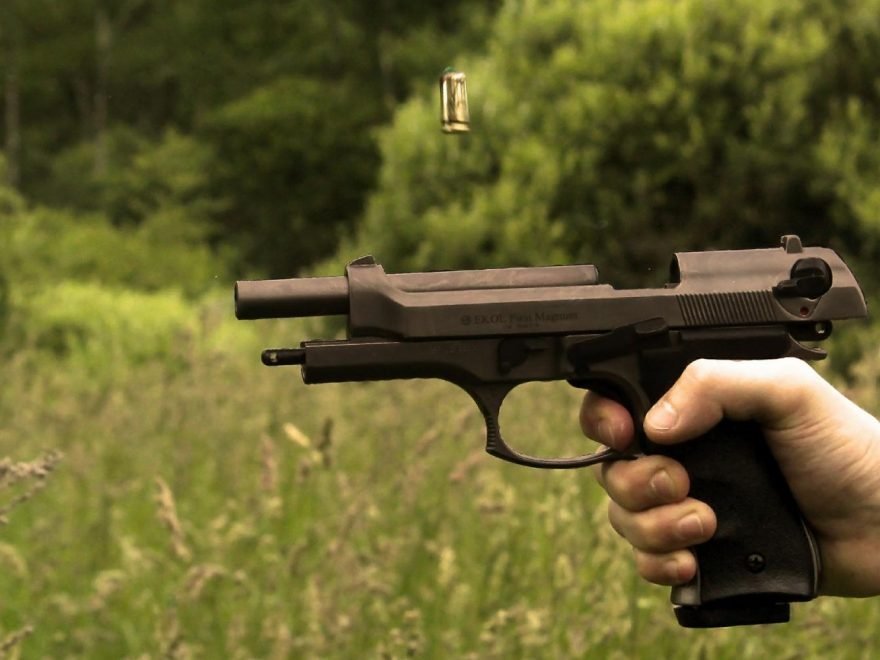 Men who use guns to kill their partner are also likely to commit suicide. Those planning to commit suicide are not deterred by severe penalties, and therefore the most successful way of preventing such homicides is to restrict gun access to batterers. So says Sierra Smucker of Duke University Sanford School of Public Policy in the US. She is the lead author of a study in Springer’s Journal of Urban Health. The research also shows that in cases where a man has killed his partner using a gun there are more likely to be multiple homicide victims than when no gun is involved.

Smucker and her colleagues analyzed data extracted from the North Carolina Violent Death Reporting System between 2004 to 2013. As the state-wide system links all violent deaths occurring in the same incident, Smucker’s team was able to extract information from all incidents that included both a suicide and a murder.

During the decade under investigation, 6,440 homicides were reported in North Carolina. Of these, 813 (16.8 per cent) cases involved murder of a person by someone identified as their intimate partner. Women were the victim in three out of every four such cases, and were killed 99 per cent of the time by a man.

Furthermore, the researchers found that one in every two cases in which someone was murdered by their intimate partner also ended in the perpetrator committing suicide. Guns were the weapon of choice seven out of every ten times. In 86.6 per cent of these cases, men pulled the trigger before turning the gun on themselves too. Men were also more likely to kill other victims including the victim’s children or parents if a gun was used. Including these additional deaths, male-perpetrated incidents of intimate partner homicide averaged 50 per cent more deaths if a gun was used compared to similar crimes committed with other weapons.

The findings support previous research that suggests homicide-suicides are more prevalent in intimate partner homicides than other types of murders, and that firearms are often the weapon of choice for such crimes. Existing research and this study show that children and other family members are often also victims in such crimes.

“It is well known that gun access increases the chance that a violent domestic relationship will end in death,” says Smucker. “The current findings demonstrate that intimate partner homicides through the use of guns are often coupled with additional killings.”

She says the conclusions underscore the importance of firearm restrictions, and the need to broaden the definition of domestic violence. She believes that all federal and state laws should include people who abuse their partners regardless of whether they are married to them or not. This is because the current study found that intimate partner homicides involving unwed partners are more likely to include additional victims than is the case with ones involving married couples.