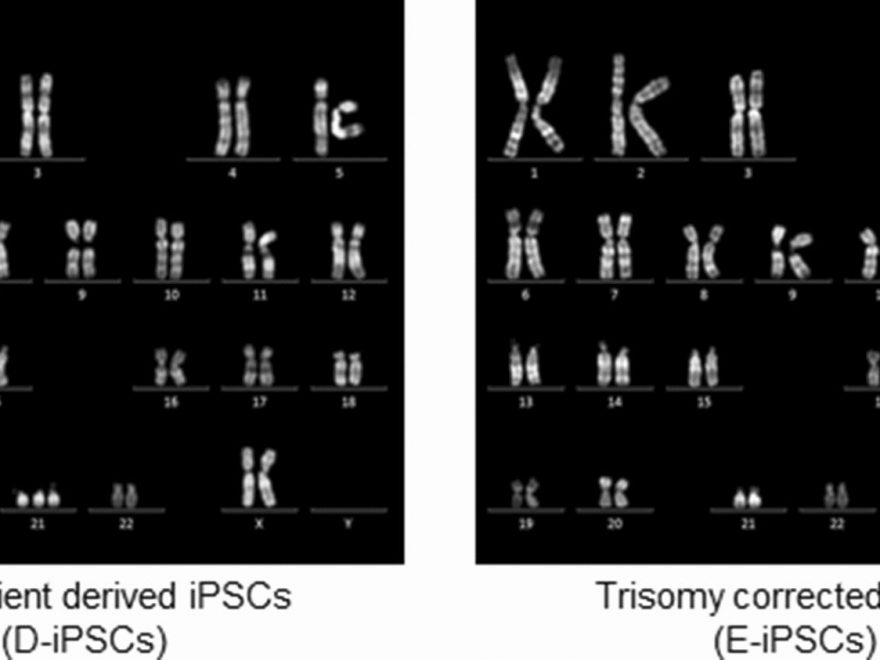 Down syndrome is mostly known for the learning disabilities it causes, but patients typically suffer from a wide number of ailments. One is the early onset of Alzheimer’s disease. Using iPS cells from Down syndrome patients, a new study by CiRA researchers suggests that the molecular signs of Alzheimer’s disease result from higher oxidative stress in neurons and that antioxidants could have therapeutic effects.

Healthy individuals have 23 pairs of chromosomes, with one chromosome in each pair inherited from the mother and the other from the father. Down syndrome is caused by trisomy 21, in which chromosome 21 has three copies instead of the normal two. Among the many genes in this chromosome is amyloid precursor protein, or APP. The APP protein is a precursor of beta-amyloid, which makes up the plaques that are commonly seen in the brains of Alzheimer’s disease patients.

“The extra copy of the gene increases the expression of APP and the subsequent production of beta-amyloid, and many Down syndrome patients with cognitive impairment show high levels of beta-amyloid plaques,” explains CiRA Associate Professor Megumu Saito, who led the study.

It is impossible to watch the brain cells of Down syndrome patients degenerate in real time. Instead, Saito and his team prepared patient iPS cells, which they then differentiated into neurons and observed the degeneration in a culture dish. Consistent with Alzheimer’s disease symptoms, these neurons produced more beta-amyloid than neurons made from euploid iPS cells.

The brains of Down syndrome patients show abnormally high levels of oxidative stress. In fact, a rise in oxidative stress is common in several neurological diseases, including Huntington’s diseases, multiple sclerosis, and Alzheimer’s disease. Consistently, the study shows that exposing the cultured neurons to oxidants increases the amount of beta-amyloid produced from the cells, while exposing them to the antioxidant N-acetylcysteine decreased it.

“Several studies have found benefits from antioxidant treatment in patients and mice. We found that the effect was on beta-amyloid but not on APP, giving us some clues on the molecular mechanism of the effect,” said Saito.