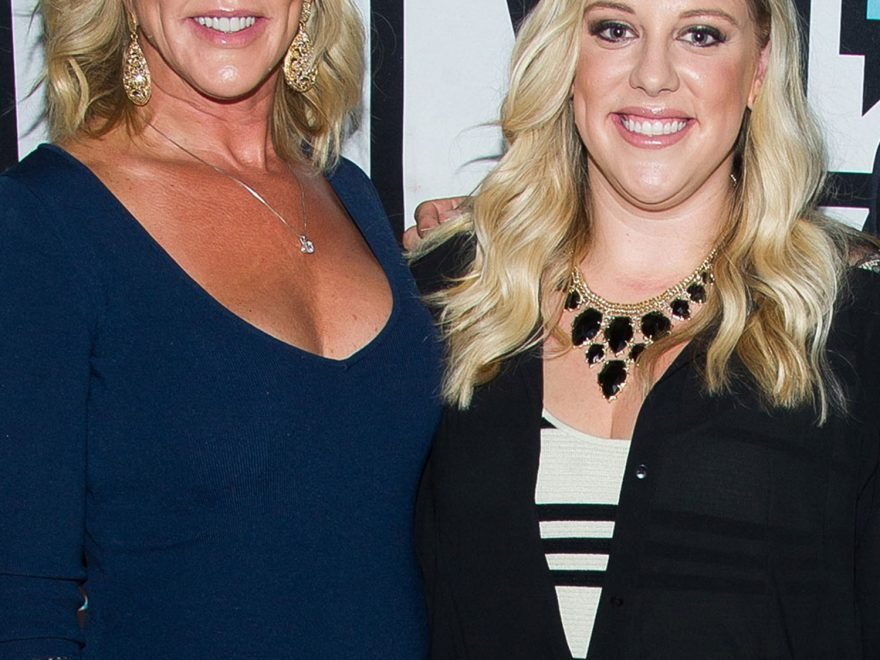 Vicki Gunvalson‘s daughter Briana Culberson is on the mend following her hospitalization.

Earlier this week, Briana’s husband, Ryan Culberson, shared a photo on Instagram of his wife laying in a hospital bed at UNC Health Care in North Carolina, and revealed that she’s battling “inflammation around her heart.”

On Wednesday evening, the Real Housewives of Orange County star shared an update about her daughter, who lives in North Carolina with Ryan and their two children: sons Troy, 5, and Owen, 3.

“Thank you everyone asking about Briana. She is at her home in [North Carolina] resting with Ryan and the boys,” Gunvalson, 56, wrote in her post.

Hours earlier, she thanked fans for praying for Briana, writing in an Instagram post, “thank you to everyone that has kept Briana in your prayers. ?? #familyiseverything.”

Ryan also shared with fans that Briana “is now at home resting peacefully” after a “rough couple days!”

Briana was admitted to the hospital due to complications from Lupus, Ryan revealed on social media Monday.

“Please keep my wife in your thoughts and prayers! Her Lupus is causing inflammation around her heart and is causing it to go in and out of irregular heart rhythms now requiring her to have a cardiac ablation,” he wrote, and added multiple hashtags, including “#lupus #lupussucks #lupusawareness.”

A cardiac ablation “is a procedure that can correct heart rhythm problems (arrhythmias),” according to Mayo Clinic, and “works by scarring or destroying tissue in your heart that triggers or sustains an abnormal heart rhythm.”

Since her diagnosis, which was revealed to RHOC audiences during the season 11 finale in fall 2016, Briana’s health journey has been a trying time for the mother of two.

“It’s been a tough year for her. She was back at the doctor on Friday. Lupus has affected part of her heart, it’s literally something every other week,” Gunvalson, 56, told Page Six in October.

Said Gunvalson: “It affects her in different ways, her immune system is very low.”