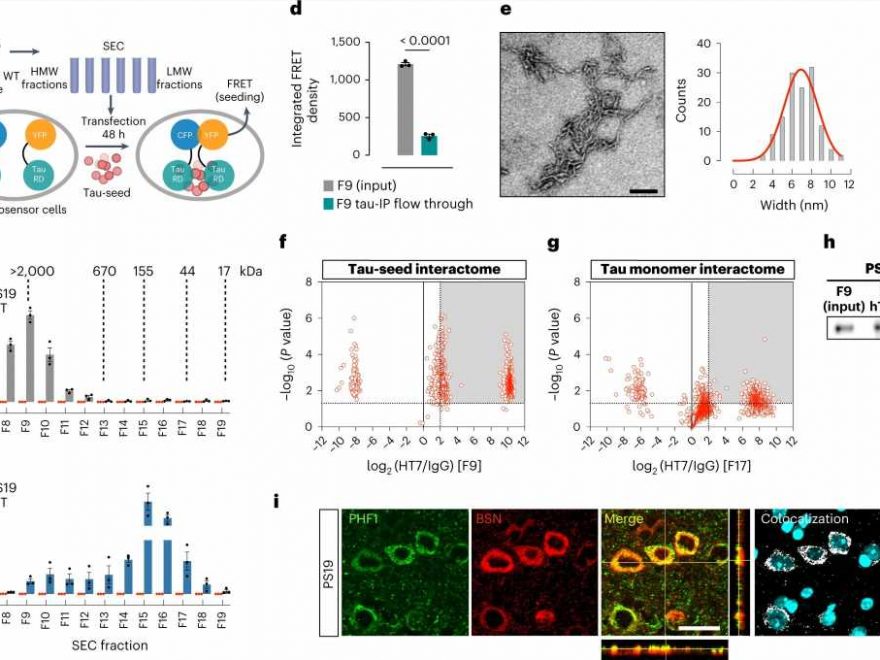 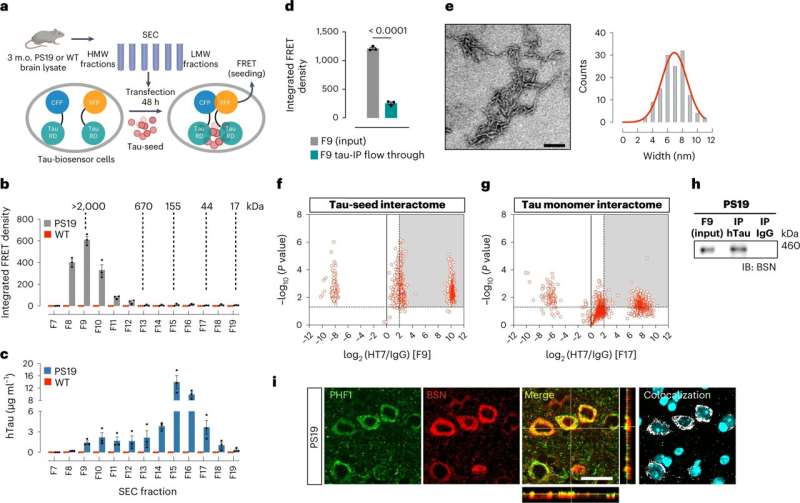 Researchers from Indiana University School of Medicine have identified a protein that interacts and enhances the spread of neurotoxic species of tau—which is primarily found in neurons that appear abnormal in the brains of Alzheimer’s disease patients.

The research team found that bassoon, a presynaptic scaffolding protein, contributes to tau-seed propagation and neurotoxicity. They investigated the role of bassoon on tau through mouse and drosophila (fruit flies) models as well as human cell and human brain samples.

“The major novelty of this study is that we were the first ones to find the interactome of the tau seed, which is a tau species that represents less than 5% of total tau in the brain,” Lasagna-Reeves said. “We’re trying to determine the proteins that are only interacting with the tau seed.”

The tau seed is the species of tau that propagates in the brain, moving from one neuron to the next producing neurodegeneration, Lasagna-Reeves said. In Alzheimer’s disease patients, the protein tau, which normally helps stabilize microtubules, is misfolded and abnormally shaped.

Previous studies into tau’s effect on neurodegeneration have identified proteins that interact with the majority of tau in the brain. Lasagna-Reeves said said by narrowing their study to the tau seed and the proteins it interacts with—which results in neurotoxic events in the brain—it could lead to a more targeted approach in therapeutics against Alzheimer’s disease.

The researchers discovered that bassoon exacerbates tau seeding and toxicity in both mouse and drosophila models. Bassoon stabilizes the tau seed, which allows it to propagate in the brain. The protein acts as a scaffold, Lasagna-Reeves said; if bassoon is removed, it will make the tau seed more unstable. Martinez said by lowering the level of bassoon in the models, it decreased the spread of tau, reduced brain atrophy and improved synaptic and behavior impairments of the disease.

“We proved that there is a small portion of tau in the brain that is very toxic in Alzheimer’s disease and other neurodegenerative diseases, and we determined how important these interactors are to the tau seed,” Martinez said. “The main message for the future is to target bassoon as well as other proteins that interact with the tau seed and translate that to therapies.”