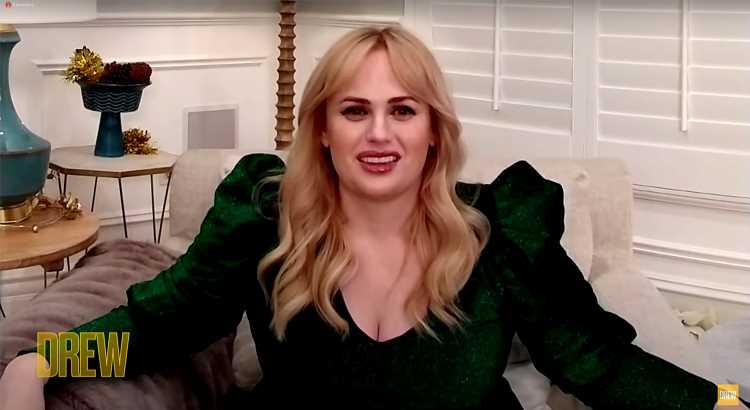 Rebel Wilson aims to finish strong in her "Year of Health."

The Pitch Perfect star, 40, opened up about her fitness journey during Tuesday's appearance on The Drew Barrymore Show, revealing that she has lost "about 40 pounds" since making the decision to change her lifestyle.

"For the last few years, I've been theme-ing my years. So I had the 'Year of Fun,' last year I had the 'Year of Love,' and this year it's gonna be the 'Year of Health' because I turned 40 this year in March," she began. "I never really focused on my health, which was probably obvious. I was going all around the world jet-setting everywhere and eating a ton of sugar. That was kind of my vice. I have a very sweet tooth. I love desserts."

Though Wilson has tried "fads and diets" before, she really wanted to take a "holistic approach this time" around — which included focusing on her mental health.

"I think what I really suffered from was emotional eating and dealing with the stress of becoming famous internationally. There is a lot of stress that comes with it, and I guess my way of dealing with it was just eating donuts," she explained. "So I was working on the mental side of things of 'Why was I not doing that? Why was I not valuing myself and having better self-worth?' "

The actress added that her past diet "was mainly all carbs," so it made it difficult to hit her nutritional goals.

"It was delicious, but for my body type, I needed to eat a lot more protein," she shared.

While Wilson has lost 40 lbs. during her fitness journey, she does "want to lose a few more."

"I love my curves and stuff. I don't think I'll ever go too skinny, but I feel so much healthier," the Cats star said, adding that she's also "really coming into my own" with her career.

"I feel more in control," she continued. "I get to produce movies now — which is amazing — and have more control over the content. Everything seems to be coming together. Maybe I was a late bloomer or something, but I'm slowly getting it together."

"This week was super busy but I got up super early 3 times (6am 😜) and went on a hike…even did a couple of 100m sprints to get the heart rate even higher (although my ‘sprint’ is probably someone else’s ‘slow jog’ 😝) but I felt proud of myself and now only 3kg’s away from my goal weight!" she wrote on Instagram Oct. 4.

A source previously told PEOPLE that Wilson is following the Mayr Method diet plan after visiting the luxury medical detox and wellness center VivaMayr with a friend last year and seeing "amazing results."

The plan focuses on foods with a high alkaline content, like vegetables, fresh fish and sheep’s milk yogurt, and dieters are meant to chew slowly. Wilson's new boyfriend, Jacob Busch, has also been helping her meet her fitness goals, according to a source.

"Jacob is also very health conscious and they've been motivating each other with their health journeys," the source added.