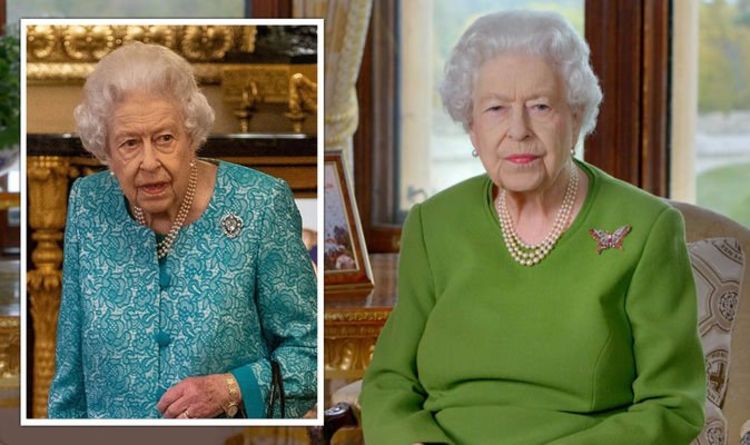 Royalists around the globe became increasingly concerned when it was announced that the monarch was spending a night in hospital last month. From here the Queen spent five days at her Sandringham Estate in Norfolk. On Tuesday the 95-year-old was then transferred back to Windsor Castle by helicopter as it remains her “firm intention” to attend the Remembrance Sunday wreath-laying service at the Cenotaph in Whitehall on Sunday. However, this is not the view held by all, as some think that the Queen’s debilitating health is a sign she should pass the crown to Prince Charles sooner than planned.

Prince Charles – the Queen’s eldest son – already overtook responsibilities at the recent COP26 conference, but the annual event that honours the fallen troops is one the Queen is determined not to miss.

A senior royal source told the Mirror that the armistice commemoration, which takes place a day later, is “one of the few dates that is completely and utterly cemented in the Queen’s annual diary”.

The insider added: “The doctors who are advising Her Majesty to rest would have to have a very strong case to stop her going.

“It remains her firm intention to be present for the National Service of Remembrance on ­Remembrance Sunday.

“Her Majesty regrets she will be unable to attend the Festival of Remembrance on Saturday, November 13.”

Taking some notes of her medical advisers, the Queen will not be present at the Royal Albert Hall on Saturday, where instead the most senior members of the royal family will be seen instead.

But in relation to the Sunday ceremony, the Queen is ­understood to be “incredibly saddened” at the prospect of missing that event.

The monarch has only missed the Remembrance Sunday ceremony at the ­Cenotaph six times since taking the throne in 1953.

Yet more than just the significance of the event, commentator Neil Sean said that the Queen is motivated to show her face for other reasons.

He said: “With Her Majesty the Queen, people do need to see their monarch and a little like Queen Victoria before her, she realises the value of publicity.

“Now Her Gracious Majesty the Queen has asked all of her courtiers to make sure that she’s kept visible and by that she means seen, because she doesn’t want people to speculate that she’s infirm, not getting up, not doing anything.

Prior to this, the Queen was seen marking the centenary of the Royal British Legion at Westminster Abbey, with the aid of a walking stick, something she has not been seen to use for the past 17 years – but determined to still attend the event, the Queen used the walking aid for what she referred to as “comfort” reasons.

So far, Buckingham Palace and official spokesman have kept the Queen’s health affairs under tight wraps, but the recent overnight stay in hospital was the Queen’s first for nearly a decade.

The last occasion where the monarch was seen to be hospitalised was in 2013, after she had developed gastroenteritis – a common condition that causes diarrhoea and vomiting.

However, the Queen’s most recent orders from the doctor do not tend to be related to anything specific, just a precautionary break from her “relentless schedule”.

She has also been advised to give up her daily tipple of martini and beloved hobby of horse riding after feeling some form of “discomfort”, according to reports.

Although there is no official indication the Queen is in ill health, the ageing process can be tough on the body.

According to the Good Care Group, as you age, vital activities such as sleeping become harder due to a decrease in levels of melatonin – the hormone that governs our sleeping patterns.

WebMD also explains that many senior individuals suffer from insomnia. One reason for this is due to the adaptation of their body clocks. As adults age, advanced sleep phase syndrome sets in, causing the body’s internal clock to adjust to earlier bed and wake up times. But some seniors continue to stay up late, as they did in their younger years. Sleep deprivation is often the result.

Although the worldwide population are now living longer, common conditions that can occur in older age include hearing loss, cataracts and refractive errors, back and neck pain and osteoarthritis, chronic obstructive pulmonary disease, diabetes, depression and dementia.

Following two operations to repair torn cartilage in both of her knees, the Queen is already at risk of developing further problems with her knees – perhaps another reason why she decided to use the walking aid.