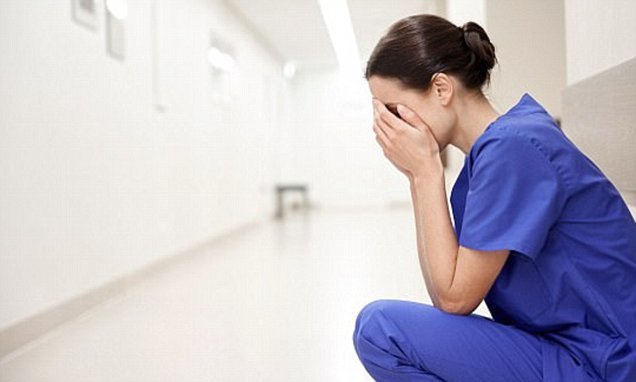 NHS fails to rank among the top 20 healthcare providers in the world, with the UK’s services being on par with South Korea’s, study finds

The NHS fails to rank among the top 20 healthcare providers in the world, new research suggests.

Out of 195 countries, the UK ranks 23rd, three points below it’s 20th position in 1990, which puts it on par with South Korea and Greece, a study found today.

Quality of care also varies substantially throughout the UK, with the south east of England performing better than the north east, the research, published in The Lancet, adds.

Despite providing optimal care for conditions such as chronic kidney disease and appendicitis, the UK performs worse when treating lower respiratory infections, like pneumonia, the study found.

The US, which came 29th on the list, also has considerable differences between states. Massachusetts scores highest with 92.5, which is an 11-point difference from the lowest, Mississippi, at 81.5.

The top countries for healthcare quality and accessibility are Iceland, Norway, the Netherlands, Luxembourg, Finland and Australia.

Study author Dr Rafael Lozano, from the University of Washington, said: ‘These results emphasise the urgent need to improve both access to and quality of healthcare, otherwise health systems could face widening gaps between the health services they provide and the disease burden in their population.’ The researchers analysed data from the Global Burden of Diseases, Injuries and Risk Factors Study 2016.

They drew up 32 causes of death that should not occur if people have better access to good-quality healthcare.

These include fatalities related to conditions such as measles, whooping cough, diarrhoea, heart disease and epilepsy, as well as injuries from medical treatments.

Cancer registries were used to determine the effects of healthcare accessibility on the disease’s survival rate.

Countries were ranked on a scale of one to 100, with zero being the worst.

WHICH COUNTRIES HAVE THE BEST HEALTHCARE?

WHICH COUNTRIES HAVE THE WORST HEALTHCARE?

Differences in healthcare quality within the UK

JUST HOW MANY NHS WORKERS ARE LEAVING THE HEALTH SERVICE?

An ongoing recruitment crisis has struck all aspects of the NHS and reached unprecedented levels.

Experts warn frustrated medics are fleeing the health service in their droves because of funding issues, relentless pressure and even Brexit.

Figures released earlier this year showed 33,000 nurses in England quit in 2017 – around one in ten posts. It is the first time there have been more leavers than joiners in the profession.

And official figures show that 41 per cent – around 10,000 doctors – are 50 or over and are expected to quit within the next five to ten years.

Estimates suggest the NHS needs 190,000 more staff overall by 2027 in order to meet the demands of a growing and ageing population.

But the Health Education England, the body responsible for the NHS’ workforce, warned in December only 72,000 new staff could be expected to join the service in the next 10 years.

Overall, the US’ healthcare improved by eight points from 1990, with differences between states also reducing by 16.7 marks.

Speaking of the findings, Dr Lozano said: ‘Otherwise health systems could face widening gaps between the health services they provide and the disease burden in their population.’

‘Now is the time to invest to help deliver health systems for the next generation.’

Dr Svetlana V Doubova, from the Mexican Institute of Social Security added: ‘In the past, the priorities of public health and health-care services focused on infectious diseases and maternal and child health.

‘Today, the unbridled growth of non-communicable diseases is an additional priority.’