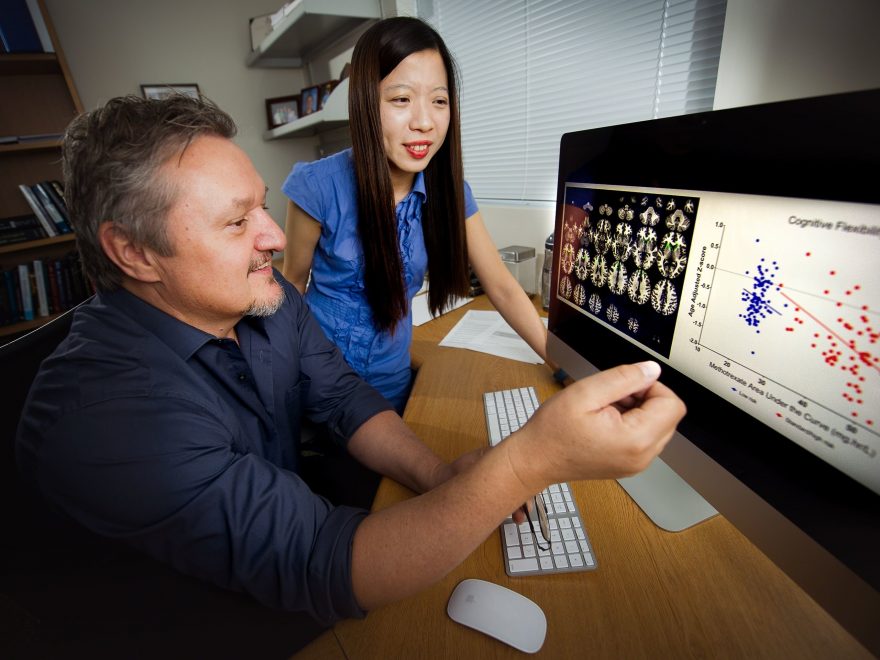 Leukemia itself, not just side effects related to its treatment, may increase the risk for long-term problems with attention, organization and related neurocognitive skills in survivors of the most common childhood cancer, according to research from St. Jude Children’s Research Hospital. The study appears today in the journal JAMA Oncology.

Researchers analyzed the cerebrospinal fluid (CSF) of 235 St. Jude pediatric acute lymphoblastic leukemia patients treated with chemotherapy alone. The group included 138 long-term survivors who participated in the study. Even before treatment began, some patients had proteins in their CSF that suggested injury to cells that make up the white matter in the brain. These are glial cells that help the brain function efficiently by insulating and supporting the neurons.

“This was a surprise. Until now, we had not suspected that leukemia, by itself, or the inflammatory response to the disease, may lead to changes that leave ALL survivors at risk for problems with executive functioning and processing speed later,” said corresponding author Kevin Krull, Ph.D., a member of the St. Jude Department of Epidemiology and Cancer Control.

Thirty to 40 percent of childhood leukemia survivors treated with chemotherapy alone develop neurocognitive problems. Researchers had assumed the problems were a side effect of therapy, particularly treatment with the chemotherapy agent methotrexate. So finding elevated biomarkers in the CSF of some patients during methotrexate treatment was not unexpected, but previously, little was known about the neurotoxic mechanism involved. The biomarkers identified were indicative of injury to neurons, axons and glial cells.

“Taken together, the results suggest that survivors’ neurocognitive deficits are multifactorial and reflect a complex interaction among genetics, treatment intensity and other factors,” Krull said. “Monitoring CSF biomarkers and screening for genetic mediators of brain injury may help identify and intervene with survivors at risk for neurocognitive problems.”

For this study, Krull and his colleagues analyzed CSF that had been collected from 235 patients at five times before and during treatment. The CSF was originally collected to monitor patients’ response to treatment and check for relapse.

The patients were enrolled in the Total XV St. Jude clinical trial. Their CSF was collected between 2000 and 2010. The analysis included neurocognitive testing and brain imaging of 138 survivors who were at least 8 years old and five years from their cancer diagnosis.

the spinal fluid (intrathecal delivery). The biomarkers were present early in therapy, but changed and varied throughout treatment. For example, biomarkers of demyelination were present in some patients newly diagnosed with ALL and then decreased during treatment. Others, including biomarkers of inflammation and neuronal damage, were detected and increased as treatment progressed.

Overall, methotrexate treatment was associated with biomarkers that signaled as much as a 70 percent increased risk for reduced neurocognitive functioning as long-term survivors.

Researchers also checked for evidence that genetic variation may influence the susceptibility of pediatric ALL patients to methotrexate injury. Investigators checked patients’ DNA for 42 different gene variants known to influence drug metabolism, neurodevelopment and oxidative stress, which can damage cells.

The analysis identified a variant of the COMT gene that was associated with higher biomarker levels following methotrexate treatment. The gene encodes instructions for a protein involved in processing the neurotransmitter dopamine in the frontal regions of the brain.