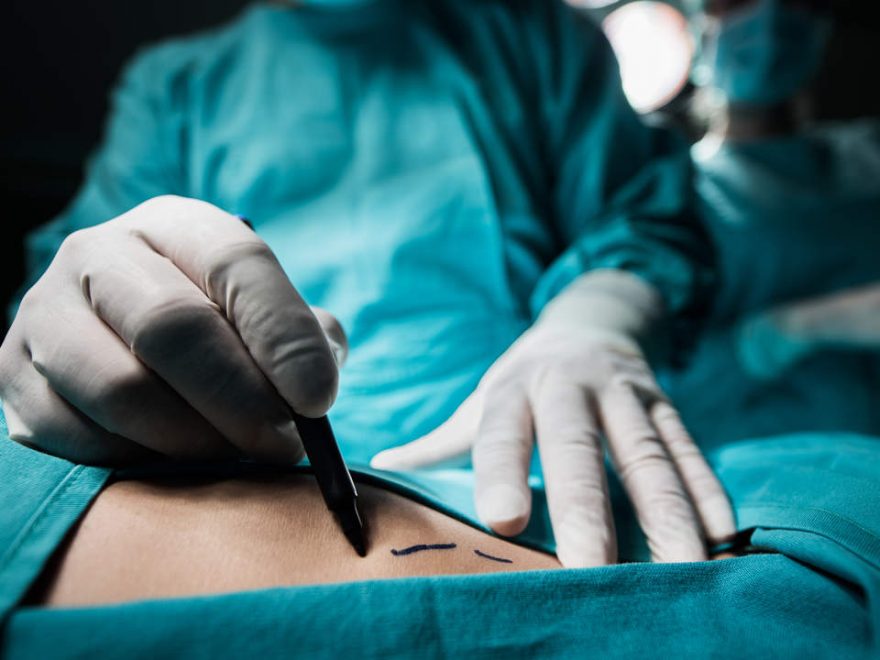 More men are electing to go under the knife—to remove their breasts. Really. That’s according to new statistics from the American Society of Plastic Surgeons. The stats confirm that there’s been a big uptick in the number of guys undergoing all kinds of cosmetic procedures, from liposuction to tummy tucks.

But the one that caught our eye states that the rate of male breast reductions has increased by 30% over the past five years. This cosmetic surgery treats a condition called gynecomastia, which causes men to have swollen breast tissue. The excess tissue can appear right behind their nipples, causing them to protrude, or it could affect the chest and make a guy look like he actually has breasts.

“Man boobs” is a funny term, but the condition is probably not a laughing matter to the men who have it, which is as high as 30% of all guys, according to one 2014 study. The cause can be hereditary and is often a hormonal imbalance; it can also be the result of obesity, taking meds that affect hormone production, or simply aging.

Why are more guys with gynecomastia hitting up cosmetic surgeons these days? “I think that there are many reasons,” Stafford Broumand, MD, a professor of plastic surgery at Mount Sinai Hospital in New York City, tells Health. Dr. Broumand says he’s seen an increase in his Manhattan practice at 740 Park Plastic Surgery. “One is plastic surgery is now more acceptable for men and women,” he says.

But also, there are more options available for those who want to be treated, he explains. These include liposuction, liposuction with removal of the breast glands only, breast gland removal with skin tightening, and a traditional reduction surgery that removes hanging skin, visible breasts, and breast tissue.

“Everything is increased with social media and people wanting to look good and people trying to be relevant in a young person’s game, where people are living longer and wanting to be in the workforce longer,” he says.

Though gynecomastia can happen at any age, Dr. Broumand says he tends to see two age groups in his practice: “Young men in their late teens and twenties and men in their fifties and sixties—that’s generally where you see the interest or the inquiry for breast reduction surgery.”

Before undergoing the surgery, Dr. Broumand says that a doctor will assess whether the gynecomastia is hereditary, hormonal, the result of weight loss or gain, or aging, so the root cause of the problem can be addressed.

The operation itself is typically successful, no matter which one a man opts for. “There’s relatively minimal downtime, and now you have a lifetime of a better existence,” he says.