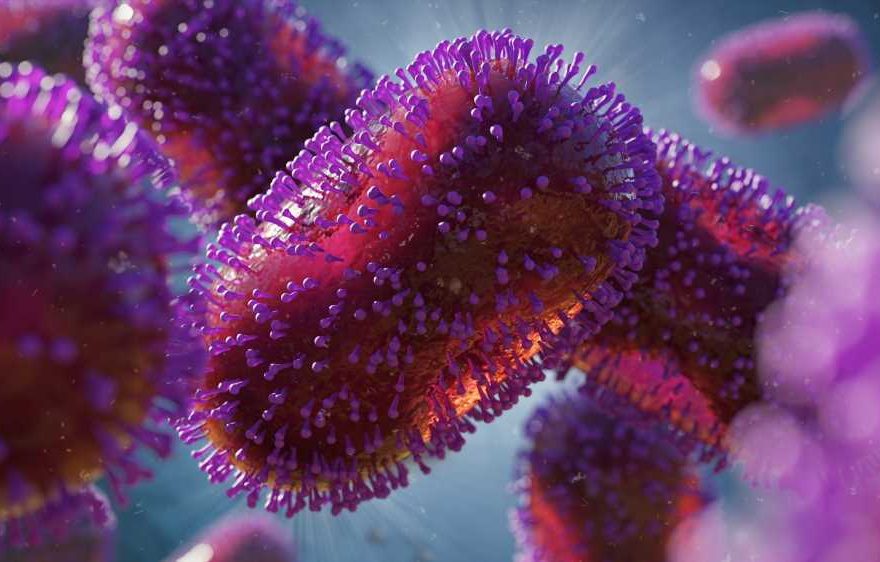 MPXV, a species of the genus orthopoxvirus, has a double-stranded deoxyribonucleic acid (DNA) genome. The World Health Organization (WHO) declared MPXV re-emergence a public health emergency on July 23, 2022, following reports of over 66,000 cases in 106 countries. MPXV is the second such virus that is spreading rapidly worldwide after severe acute respiratory syndrome coronavirus 2 (SARS-CoV-2) gradually became an endemic virus.

As for SARS-CoV-2, the CDC released a real-time PCR test for MPXV detection in wastewater samples that deployed generic primers and probes targeting a West African and a Congo Basin MPXV strain. Likewise, other real-time PCR assays detect MPXV in clinical samples.

The issue is that the primers and probes used in these generic PCR assays are based on MPXV strains circulating almost a decade ago between 2002 and 2009. Given the rapid rate at which all DNA viruses evolve, the regions targeted by those oligos used for MPXV detection must have undergone substantial mutations.

In the present study, researchers retrieved 683 MPXV complete genomes from the global initiative on avian influenza data (GISAID) database, available till August 5, 2022, and aligned their oligo sequences against the primer sequences of the currently used MPXV diagnostic assays. Further, they aligned primer and probe sequences and their reverse complements in the seven real-time PCR assays against 1,779 MPXV genomes and computed the percentage of genomes with a 100% match. These assays targeted O2L, F3L, C3L, and G2R genes for MPXV detection.

The team also evaluated three real-time PCR assays detecting viruses of the Orthopoxvirus genus. Finally, the researchers synthesized the mismatch-corrected primers or a synthetic MPXV gene fragment to test the mismatch effects and compared them to the generic assay for MPXV detection.

While the former had a single synonymous mutation A194165G, in 99.08% of the published MPXV genomes, the latter had a non-synonymous substitution, G194233A, in 97.46% of the genomes. On the contrary, the MPXV probe sequence (MPV-P) was conserved and matched 99.31% of the genomes in the database.

The primary study finding was that the currently used MPXV generic assays might not be optimally and accurately detecting MPXV. Regardless of its position, every mismatch within the primer sequence could reduce the thermal stability of the primer-template DNA duplex and impact PCR performance. The authors noted a two primer-template mismatch, which had combined effects on PCR performance. It yielded a ~11-fold poorer estimation of the initial template DNA and a four-fold increase in the 95% limit of detection (LOD). Hence, the mismatch-corrected assay with absolute complementarity between primers and current MPXV genomes could provide a more sensitive and accurate MPXV detection.

Further,  the study results showed that genetic variations in the primer-probe regions of MPXV genomes could indicate a temporal and spatial emergence pattern of monkeypox disease. Three assays, MPV_F3L, MPV_G2R_WA, 283, and OPV_F8L, showed the highest matching score of over >99% to the global MPXV genome database in 2022. However, the choice of the assay also varies with the sample type. For instance, these three assays worked well for clinical samples but not wastewater samples, which might contain human waste and that of cats, dogs, mice, rabbits, and cows.

The mismatch-corrected assay developed in the study had over 97% complementarity to MPXV genomes. Thus, it showed higher sensitivity and improved quantification potential and could aid the MPXV detection.

Improved MPXV diagnostic capabilities are crucial as public health officers and clinicians fight the MPXV outbreak. Thus, future studies should focus on developing an even better MPXV diagnostic assay that accounts for other factors that impact the diagnostic efficiency and mismatch-induced effects (e.g., the quality of the template DNA, the PCR master mix, and primer dimer formation).

Neha is a digital marketing professional based in Gurugram, India. She has a Master’s degree from the University of Rajasthan with a specialization in Biotechnology in 2008. She has experience in pre-clinical research as part of her research project in The Department of Toxicology at the prestigious Central Drug Research Institute (CDRI), Lucknow, India. She also holds a certification in C++ programming.