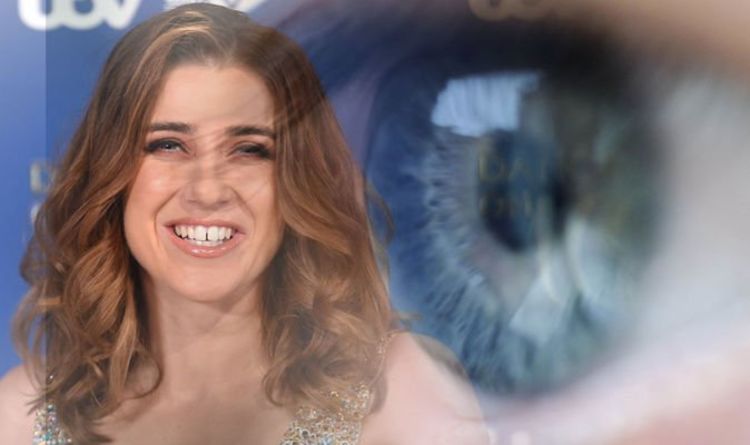 Libby is the first ever legally blind person to take part in Dancing on Ice. Suffering from Stargardt’s Macular Dystrophy – a rare genetic disorder – she only has slight peripheral vision in her left eye.

In a candid interview with Radio Times, the Paralympian sprinter described how she trained for the glitzy TV show.

“It’s been a learning process. On the track I run with a guide runner and we’re attached all the time, but basically it’s like learning a different vocabulary to communicate.

“Myself and my [dancing] partner Mark Hanretty use touch and verbal communication.

“I’m not as bad as I thought I was going to be, but it’s not as easy as it looks… it’s very technical.” 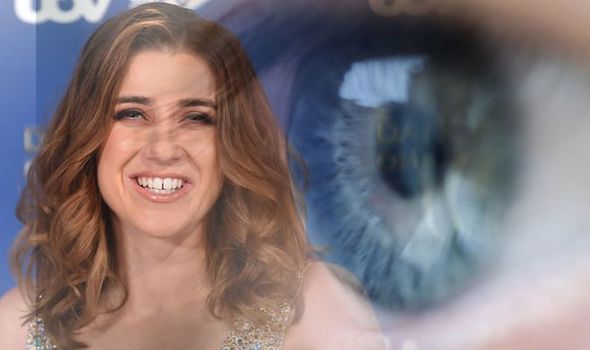 What exactly is Stargardt’s Macular Dystrophy?

The progression of Stargardt disease – associated with the ABCA4 (or chromosome 1) gene – varies.

Children often begin to show symptoms of the eye disease between the ages of six and 12, although some people don’t have any symptoms until adulthood.

Sufferers may experience difficulty reading or seeing in dim light, and blurriness and distortion of vision can also occur.

Foundation Fighting Blindness – a charity funding research into the prevention, treatment and cure for retinal degenerative diseases – states that, for Stargardt’s Macular Dystrophy, a retinal doctor will see yellow flecks in the eye.

The charity continues: “These flecks are deposits of lipofuscin, a byproduct of normal retinal cell activity. But in Stargardt disease, lipofuscin accumulates abnormally.” 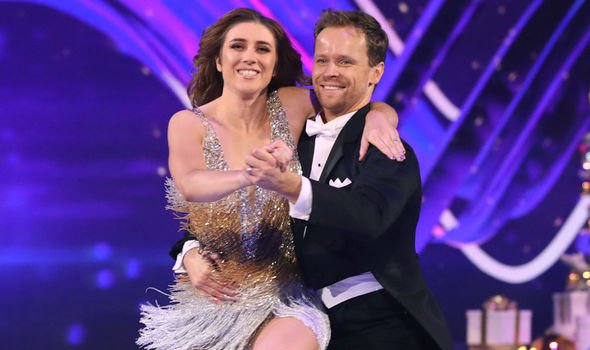 At the moment, vision loss isn’t correctable with prescription eyeglasses, contact lenses, or surgery and there is currently no treatment for the condition.

However, this tragic truth hasn’t stopped 29-year-old Libby from living her life to the fullest. The 29-year-old has represented Team GB at both Beijing 2008 and London 2012, winning silver medals at both for the 100m sprint.

This then propelled her to achieve even more success when she won gold medals for the 100m and 200m sprints at Rio in 2016.

Libby has been recognised with an MBE, too, for her contributions to athletics and charity. 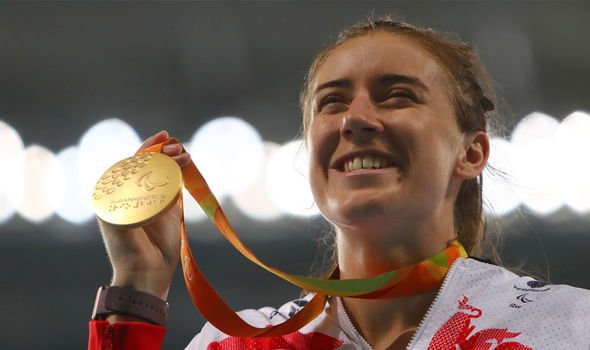 And she’s engaged to Dan Powell, a judo Paralympian who competed at London 2012, the father to her nine-month-old baby Edward.

Speaking to The Telegraph, Libby revealed why she signed up for Dancing On Ice: “These opportunities don’t come around very often.

“I felt like if I didn’t take it I’d regret not doing it. It gives me an opportunity to get myself in front of a different audience and open other doors for me.”

If you want to see how well Libby performs on the ice, tune in on Sundays at 6pm on ITV.