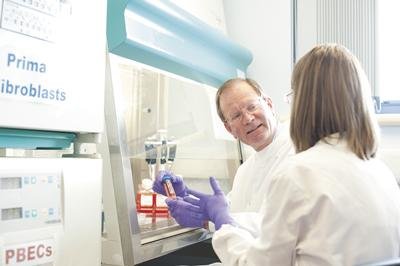 Research led by the University of Southampton has shown increasing evidence that exposure to air pollution in early life has detrimental long-term health consequences.

The study, published in BMJ Open, found direct geographical correlations between coal consumption in the 1950s and deaths caused by respiratory and cardiovascular disease, as well as certain cancers, in England and Wales over the subsequent six decades.

The data presented in this study also has implications for the long-term health of the populations of countries that still depend on large amounts of coal for their domestic markets.

This includes newly industrialised countries such as India or China, where coal is a major energy source, and resource-poor countries, where open fires and the consequent exposure of mothers and young children to pollutants is widespread.

Professor Stephen Holgate, Medical Research Council Clinical Professor of Immunopharmacology at the University of Southampton, said: “We have long known that air pollution from the domestic burning of coal throughout the last 250 years has had devastating effects on human health. This is both during severe air pollution episodes during the famous smogs and fogs, but also over the long term with high background exposures, especially effecting the lungs and cardiovascular system.

“With the impending release of the Government’s new Air Pollution Plan, these findings emphasise the importance of putting health above any other interests in protecting future generations from the toxic effects of current and unacceptable levels of air pollution in the UK.”

The paper, titled ‘Evaluating the long-term consequences of air pollution in early life: geographical correlations between coal consumption in 1951/1952 and current mortality in England and Wales’, centres on data from the former Ministry of Fuel and Power that recorded the quantities of solid fuels burnt annually between May 1951 and May 1952 in 1,145 different locations.

Studies published in the 1950s and 1960s suggested that there were links between the amounts of coal used in domestic fires with both childhood respiratory disease and many major causes of adult deaths.

By the middle of the 20th century, more than 200 million tonnes of coal were being used per year in England and Wales. The Great Smog of London in 1952 killed an estimated 12 000 people and led to the first UK Clean Air Act being passed in 1956 to reduce coal consumption.

It is not known, however, whether these after effects have persisted. As such, this research is the first project to investigate the long term adverse health effects of early life exposure to air pollution across a period of more than 60 years.

“The Clean Air Act 1956 had a dramatic effect in reducing these avoidable causes of death and chronic illness. What we now have learnt from this study is that pollution exposure of infants and children from King Coal prior to the Clean Air Act is still shortening the lives of people today, more than 60 years later, even when current exposures to particulate pollution were taken into account.