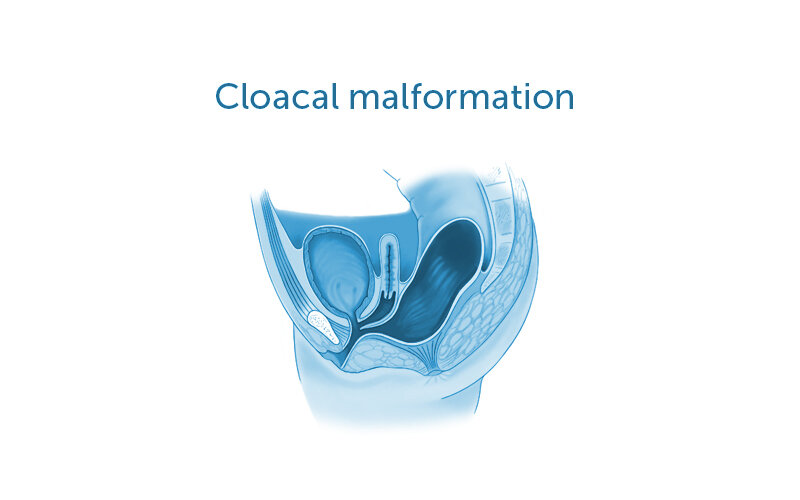 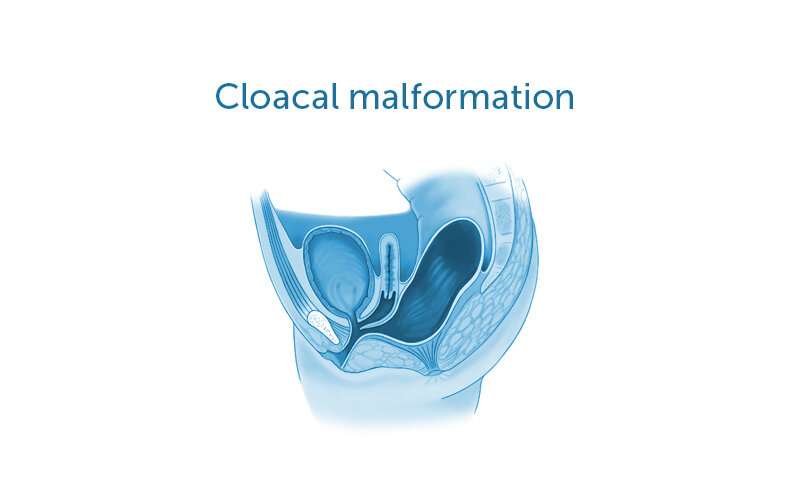 A minimally invasive surgical approach called laparoscopic rectal mobilization and urogenital separation appears to be a safe alternative to open surgery in eligible patients with cloacal malformations. That’s the conclusion of a recent study by the team in the Colorectal and Pelvic Malformation Center at Boston Children’s Hospital.

A cloacal malformation is a rare type of anorectal malformation that occurs when a female fetus’s rectum, vagina, and urologic structures form into one common channel. The choice of surgical repair strategy depends largely on the length of the baby’s common channel and urethra: Mid-sized to long common channel cloacas are challenging and often require laparotomy for dissection of pelvic structures. This large surgical incision allows surgeons to see all of the patient’s relevant anatomy, such as parts of the urinary tract, reproductive tract, and bowel. It also allows them to separate these structures from one another so that they can make individual openings.

While laparoscopy has been used for rectal dissection, it had not previously been used for management of the urogenital structures. The center’s director, Belinda Dickie, MD, Ph.D., and associate director, Erin McNamara, MD, MPH, and their colleagues recently adopted a laparoscopic approach to rectal mobilization and urogenital separation.

This minimally invasive approach provides surgeons with a magnified view of the child’s anatomy. Because it requires smaller incisions, it also has the potential to result in faster recoveries, shorter hospital stays, and less pain medication.

To assess the safety of this approach, the team reviewed the records of nine children with cloacal deformities who underwent laparoscopic rectal mobilization and urogenital separation at Boston Children’s and elsewhere between 2016 and 2019. This included details on patient demographics, relevant anatomic lengths, length of operation, transfusion requirements, and perioperative complications.

The team found that the common channel length in these patients was 3.5 centimeters. There were no intraoperative complications, and transfusion requirements were minimal. The length of hospital stay was about six days. The findings were published in the November 17, 2020, issue of the Journal of Laparoendoscopic & Advanced Surgical Techniques.