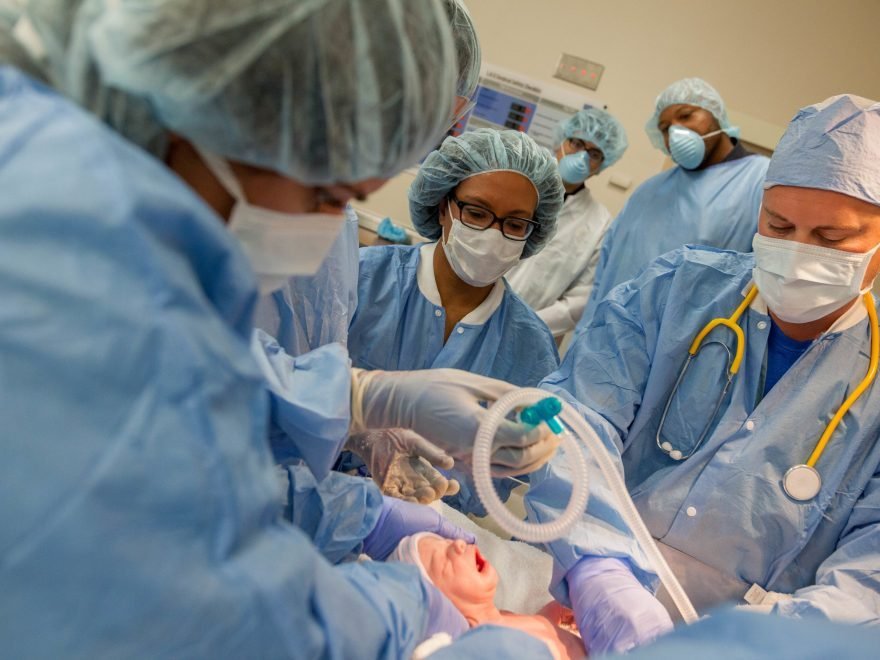 It’s better to induce than to watch and wait. That’s the result of a new study published in PLOS ONE.

Researchers at the University of South Florida Morsani College of Medicine found first-time healthy mothers electively induced (artificially stimulated) at 39 weeks are at less risk of cesarean delivery and other serious complications compared to those induced after 41 weeks. Obstetricians generally recommend the procedure at that point since the pregnancy is considered “late-term” and the placenta has more difficulty providing essential nutrients and oxygen to the fetus, increasing the chances of stillbirth and risks to the mother.

There’s long been uncertainty about what happens during that three-week timeframe. So USF researchers simulated patient outcomes by creating a rigorous mathematical model based on 100,000 patients, data collected by the National Institute of Health’s Safe Labor Consortium. They found compared to elective induction at 39 weeks, waiting to induce labor until after 41 weeks resulted in increased: