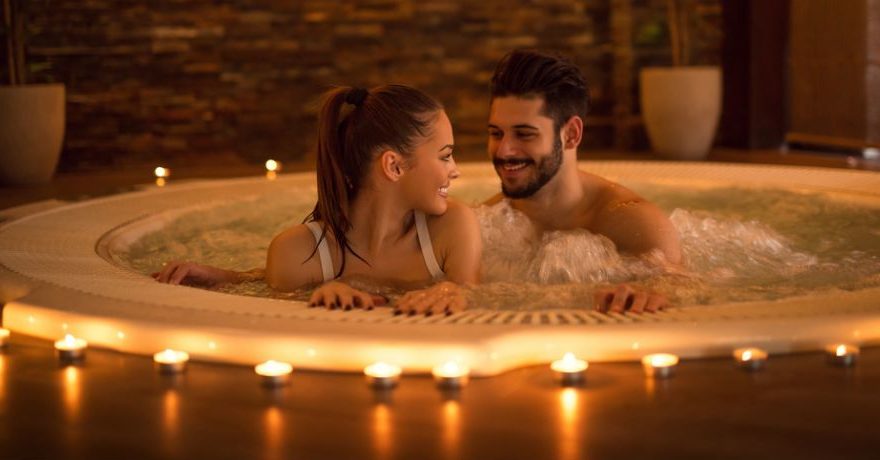 You probably already knew this, but the Centers for Disease Control (CDC) just confirmed it.

Hotel pools and hot tubs are breeding grounds for the germs that cause waterborne illnesses, the Centers for Disease Control (CDC) announced Thursday.

From Time comes some news that you’ve probably already known but would have preferred to not think about: when you take a dip in your hotel pool or hot tub, you’re rolling the dice with disease. Specifically, you risk Cryptosporidium, a parasite that causes diarrhea and other gastrointestinal issues; Legionella, which causes Legionnaires’ disease; and Pseudomonas, the culprit behind “Swimmers’ Ear.”

That’s just the germs: perhaps ironically, another health risk from hotel pools and hot tubs is the very chemicals used to kill those germs. So paradoxically, you can go swimming in a pool heavily treated with chemicals and risk chemical poisoning, or you can risk infectious diseases, chemicals be damned.

Between 2000 and 2014, the CDC recorded 493 cases of disease outbreaks related to “recreational water” – that is, pools, hot tubs, and water rides (water parks were also included in the calculations). That translated to 27,000 people sickened by the various diseases listed above, and perhaps a few others. A third of those were traced back to hotel pools and hot tubs. Perhaps surprisingly, hot tubs accounted for a small percentage of hotel-related waterborne diseases, likely because they’re smaller and hold a much smaller number of people. Also, small children are less likely to use a hot tub – and if you haven’t yet figured out the connection between small children and waterborne diseases in recreational water, you’re about to learn.

And while picking up a waterborne illness is no fun, they’re rarely fatal: only eight fatalities due to such diseases were recorded in that time period. (For more about a recent case of a fatal waterborne illness traced back to recreational water, see this Inquisitr report.)

Before you swear off ever setting foot in a hotel pool or hot tub again, keep in mind that 27,000 illnesses and eight fatalities are small potatoes when compared to the tens of millions of people who enjoy these things every day and don’t get sick.

So How Is This A Problem?

According to the CDC, inadequate maintenance of pools and water parks is a big culprit. But the real problem is the swimmers themselves: if you have a recent wound – say, a cut or a scratch – it’s probably best to stay out of the water, lest you pick up an infection through an open wound. And it goes without saying that if you’re bleeding or otherwise sick, stay out of the water, for your own sake and everyone else’s.

And most importantly, don’t let your babies into the water unless they’re wearing swim diapers.