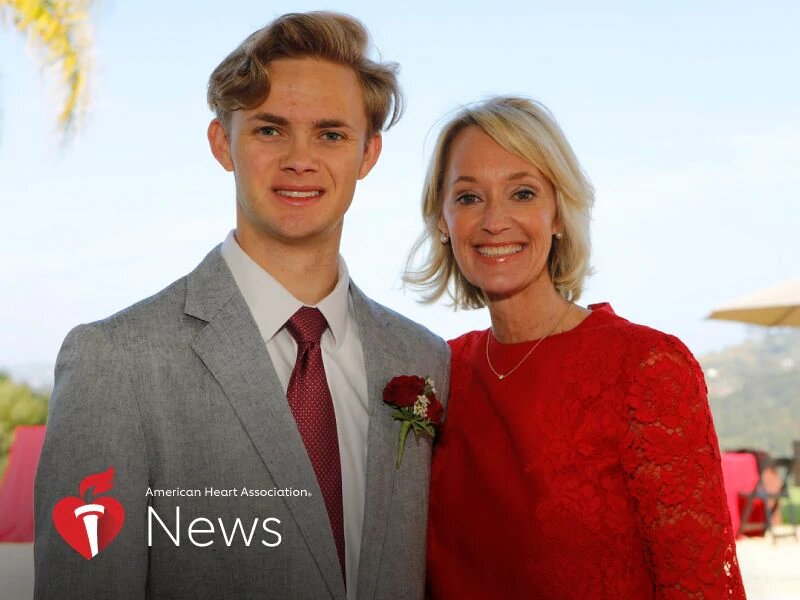 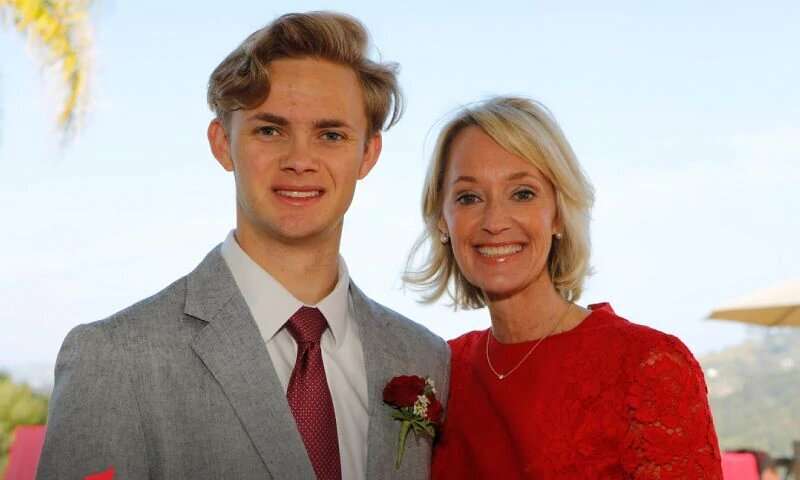 When 17-year-old Ben Blankenhorn received his CPR certification as part of his lifeguard training, the lessons carried added resonance.

Just 10 months earlier, Blankenhorn had been saved by CPR.

The morning of Aug. 22, 2017, he woke up about 5:30 a.m. He drove to San Marcos High School near his home in Santa Barbara, Calif., and warmed up with some running drills on the track with his basketball team.

The next thing he remembers is waking up at UCLA Medical Center in Los Angeles and being told he’d survived cardiac arrest.

He soon learned he had collapsed while walking toward the gym. His teammates screamed for help and called 911. A water polo coach heard the commotion and ran over, saw Blankenhorn wasn’t breathing and began CPR. A doctor who happened to be running on the track also came over. The doctor and the coach took turns giving chest compressions until emergency medical services arrived.

Paramedics shocked Blankenhorn’s heart back into rhythm using an automated external defibrillator. They took him to the local hospital, which then sent him by helicopter to UCLA Medical Center so he could be treated by a pediatric cardiologist.

After testing failed to identify a cause, the teenager received an implantable cardioverter defibrillator to shock his heart if it ever went into a life-threatening rhythm again. Blankenhorn was released a week later and ordered to rest for the next several weeks.

The down time was difficult. Blankenhorn struggled to process what had happened and what it could mean for him.

“I was unsure of how this would affect my life, if I could ever play sports again, or if I would have other limitations,” he said.

“I was so excited, I planned to play all day,” he said.

About 30 minutes into his first basketball practice, his heart went into an irregular rhythm. The ICD delivered a shock.

Studying data recorded by the ICD and other testing, doctors identified an extra electrical circuit that became active only when there was a fast, racing heartbeat, or tachycardia, making it difficult to identify on an EKG.

Doctors figured out that at the time of Blankenhorn’s cardiac arrest, his heart may have been beating so fast it couldn’t get adequate oxygen, causing it to go into the life-threatening rhythm.

After a procedure to fix the problem, Blankenhorn soon returned to regular activity, including basketball. His team went on to win the California CIF Southern Section 2A basketball championship – the first in school history – and Blankenhorn played briefly in the title game.

Blankenhorn said being part of the team provided important support as he worked to recover emotionally from the potentially fatal event.

“For a while, I was just scared, not about anything specific, but I didn’t know if my heart was going to give out again,” he said. “My teammates were amazing in supporting me and helping me to have a more positive outlook.”

Now 19, and a freshman at the University of San Diego, Blankenhorn said surviving a cardiac arrest was an “awakening” moment for him.

“I knew I had to get CPR certified in case I need to save a life, and I wanted to give back to the community the way that others did for me,” he said. “If I didn’t have people who knew CPR around me, then I wouldn’t be here today.”

His sister Grace Blankenhorn also became certified. She helped organize a CPR class at the high school where she’s a senior.

David “Chip” Blankenhorn, their dad, trained in CPR decades earlier as a teenage lifeguard. He now makes certain to keep his training current.