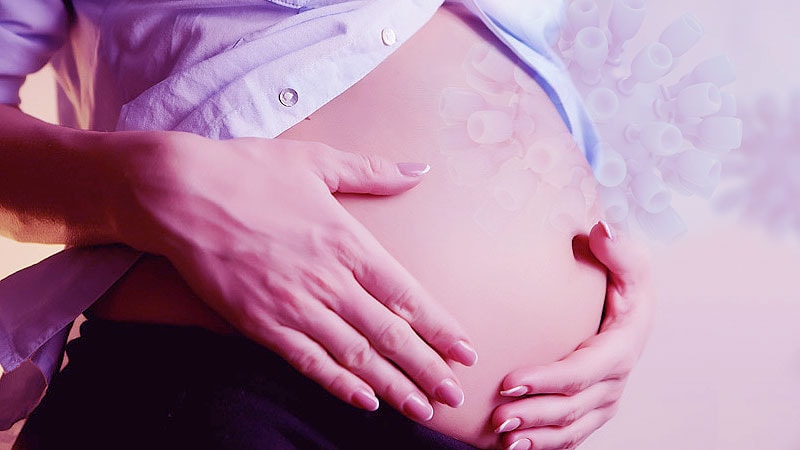 Mirroring the opioid crisis, maternal and newborn hepatitis C infections (HCV) more than doubled in the United States between 2009 and 2019, with disproportionate increases in people of White, American Indian, and Alaska Native race, especially those with less education, according to a cross-sectional study published in JAMA Health Forum. However, the level of risk within these populations was mitigated in counties with higher employment, reported Stephen W. Patrick, MD, of Vanderbilt University, in Nashville, Tenn., and coauthors.

“As we develop public health approaches to prevent HCV infections, connect to treatment, and monitor exposed infants, understanding these factors can be of critical importance to tailoring interventions,” Patrick said in an interview. “HCV is one more complication of the opioid crisis,” he added. “These data also enable us to step back a bit from HCV and look at the landscape of how the opioid crisis continues to grow in complexity and scope. Throughout the opioid crisis we have often failed to recognize and address the unique needs of pregnant people and infants.”

The study authors used data from the National Center for Health Statistics at the Centers for Disease Control and Prevention, and from the Area Health Resource File to examine maternal-infant HCV infection among all U.S. births between 2009 and 2019. The researchers also examined community-level risk factors including rurality, employment, and access to medical care.

Infection rates were highest in American Indian/Alaska Native (AI/AN) and White people (adjusted odds ratio [aOR] 7.94 and 7.37, respectively) compared with Black people. They were higher among individuals without a 4-year degree compared to those with higher education (aOR, 3.19).

“With constrained national resources, understanding both individual and community-level factors associated with HCV infections in pregnant people could inform strategies to mitigate its spread, such as harm reduction efforts (e.g., syringe service programs), improving access to treatment for [opioid use disorder] or increasing the obstetrical workforce in high-risk communities, HCV testing strategies in pregnant people and people of childbearing age, and treatment with novel antiviral therapies,” wrote the authors.

In the time since the authors began the study, universal HCV screening for every pregnancy has been recommended by a number of groups, including the U.S. Preventive Services Task Force, the American College of Obstetricians and Gynecologists, and the Society for Maternal-Fetal Medicine (SMFM). However, Patrick says even though such recommendations are now adopted, it will be some time before they are fully operational, making knowledge of HCV risk factors important for obstetricians as well as pediatricians and family physicians. “We don’t know how if hospitals and clinicians have started universal screening for HCV and even when it is completely adopted, understanding individual and community-level factors associated with HCV in pregnant people is still of critical importance,” he explained. “In some of our previous work we have found that non-White HCV-exposed infants are less likely to be tested for HCV than are White infants, even after accounting for multiple individual and hospital-level factors. The pattern we are seeing in our research and in research in other groups is one of unequal treatment of pregnant people with substance use disorder in terms of being given evidence-based treatments, being tested for HCV, and even in child welfare outcomes like foster placement. It is important to know these issues are occurring, but we need specific equitable approaches to ensuring optimal outcomes for all families.

Jeffrey A. Kuller, MD, one of the authors of the SMFM’s new recommendations for universal HCV screening in pregnancy, agreed that until universal screening is widely adopted, awareness of maternal HCV risk factors is important, “to better determine who is at highest risk for hep C, barriers to care, and patients to better target.” This information also affects procedure at the time of delivery, added Kuller, professor of obstetrics and gynecology in the division of maternal-fetal medicine at Duke University, Durham, N.C. “We do not perform C-sections for the presence of hep C,” he told this publication. However, in labor, “we try to avoid internal fetal monitoring when possible, and early artificial rupture of membranes when possible, and avoid the use of routine episiotomy,” he said. “Hep C–positive patients should also be assessed for other sexually transmitted diseases including HIV, syphilis, gonorrhea, chlamydia, and hep B. “Although we do not typically treat hep C pharmacologically during pregnancy, we try to get the patient placed with a hepatologist for long-term management.”

The study has important implications for pediatric patients, added Audrey R. Lloyd, MD, a med-peds infectious disease fellow who is studying HCV in pregnancy at the University of Alabama at Birmingham. “In the setting of maternal HCV viremia, maternal-fetal transmission occurs in around 6% of exposed infants and around 10% if there is maternal HIV-HCV coinfection,” she said in an interview. “With the increasing rates of HCV in pregnant women described by Patrick et al., HCV infections among infants will also rise. Even when maternal HCV infection is documented, we often do not do a good job screening the infants for infection and linking them to treatment. This new data makes me worried we may see more complications of pediatric HCV infection in the future,” she added. She explained that safe and effective treatments for HCV infection are approved down to 3 years of age, but patients must first be diagnosed to receive treatment.

From whichever angle you approach it, tackling both the opioid epidemic and HCV infection in pregnancy will inevitably end up helping both parts of the mother-infant dyad, said Patrick. “Not too long ago I was caring for an opioid-exposed infant at the hospital where I practice who had transferred in from another center hours away. The mother had not been tested for HCV, so I tested the infant for HCV antibodies which were positive. Imagine that, determining a mother is HCV positive by testing the infant. There are so many layers of systems that should be fixed to make this not happen. And what are the chances the mother, after she found out, was able to access treatment for HCV? What about the infant being tested? The systems are just fragmented and we need to do better.”