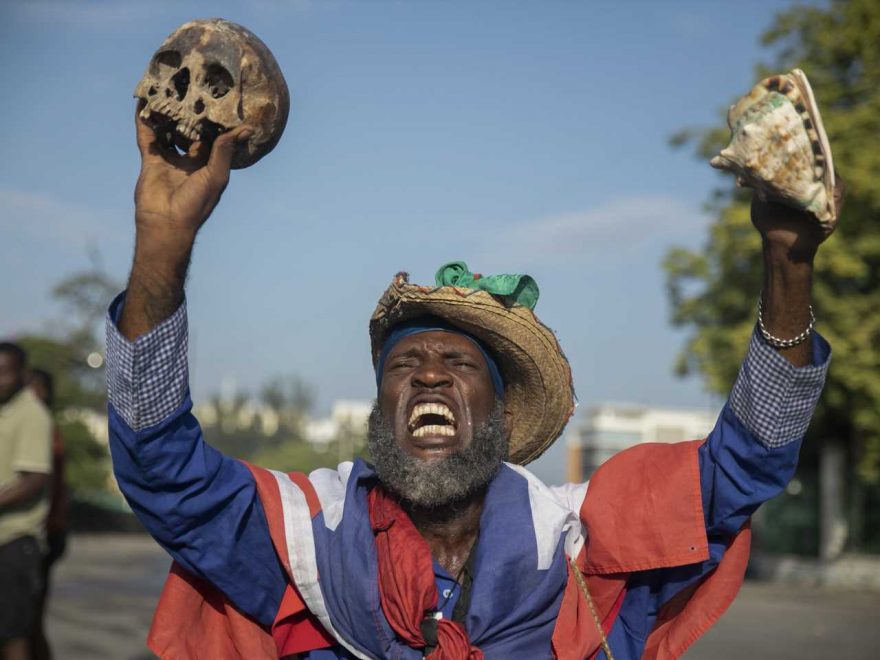 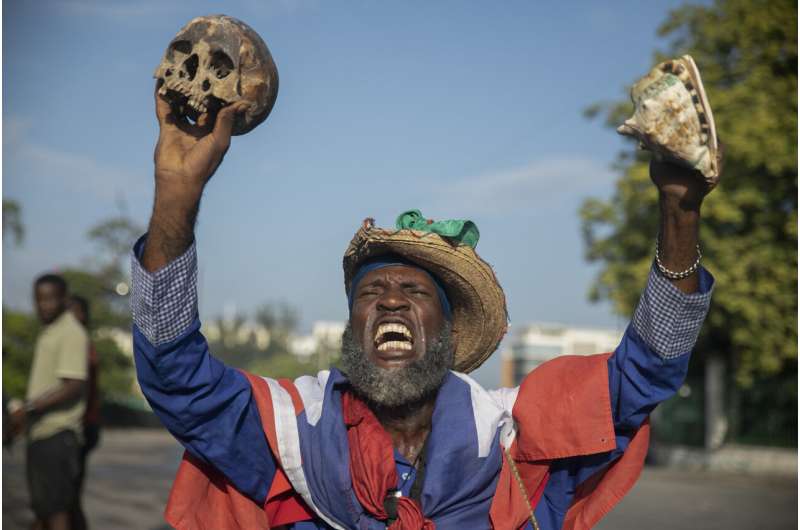 The United States and Mexico said Monday they are preparing a U.N. resolution that would authorize an international mission to help improve security in Haiti, whose government issued a “distress call” for the people of the crisis-wracked nation.

U.S. Ambassador Linda Thomas-Greenfield made the announcement at an emergency meeting of the U.N. Security Council as thousands across Haiti organized protests demanding the resignation of Prime Minister Ariel Henry. The demonstrations came on the day the country commemorated the death of Jean-Jacques Dessalines, a slave who became the leader of the world’s first Black republic.

The U.S. ambassador said the proposed “non-U.N.” mission would be limited in time and scope and be led by “a partner country” that was not named “with the deep, necessary experience required for such an effort to be effective.” It would have a mandate to use military force if necessary.

She said the resolution being worked on is a “direct response” to a request on Oct. 7 by prime minister Henry and the Haitian Council of Ministers for international assistance to help restore security and alleviate the humanitarian crisis. It reflects one option in a letter from U.N. Secretary-General Antonio Guterres to the council on Oct. 9 that called for deployment of a rapid action force by one or several U.N. member states to help Haiti’s National Police.

Both Russia and China raised questions about sending a foreign armed force to Haiti. 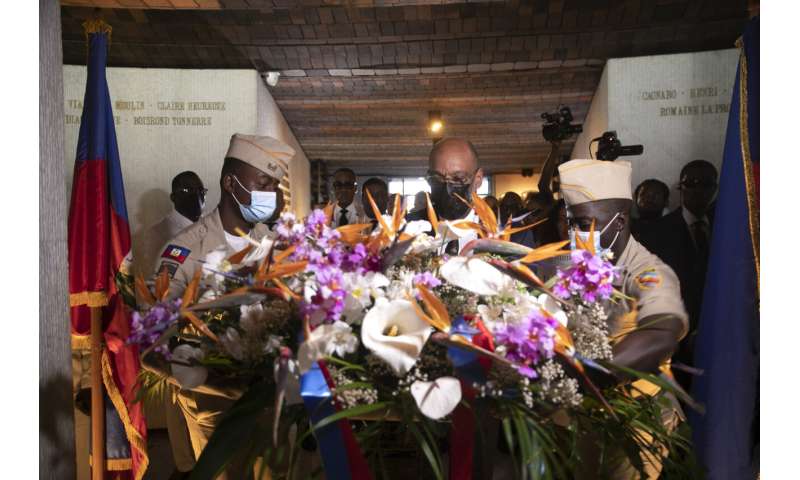 Haiti has been gripped by inflation, causing rising food and fuel prices, and exacerbating protests that have brought society to the breaking point. Daily life in Haiti began to spin out of control last month just hours after the prime minister said fuel subsidies would be eliminated, causing prices to double. Gangs blocked the entrance to the Varreux fuel terminal, leading to a severe shortage of fuel at a time that rising prices have put food and fuel out of reach of many Haitians, clean water is scarce, and the country is trying to deal with a cholera outbreak.

Political instability in Haiti has simmered ever since last year’s still-unsolved assassination of Haiti’s president Jovenel Moïse, who had faced opposition protests calling for his resignation over corruption charges and claims that his five-year term had ended. Moïse had dissolved the majority of Parliament in January 2020 after failing to hold legislative elections in 2019 amid political gridlock.

Haiti’s Foreign Minister Jean Victor Geneus said he came to the Security Council with a “distress call” from the Haitian people to tell the world they “are not living—they are suffering.”

Haiti urgently needs “robust support” to help the police stem the humanitarian crisis, neutralize the the gangs, guarantee fuel distribution and facilitate a return to normal life, he said.

Thomas-Greenfield said the resolution authorizing the security mission is coupled with a resolution obtained by The Associated Press last week that would impose an arms embargo, asset freeze and travel ban on influential Haitian gang leader Jimmy Cherizier, nicknamed “Barbeque.” It also would target other Haitian individuals and groups who engage in actions that threaten the peace, security or stability of the Western Hemisphere’s poorest country, according to the text obtained Thursday by The Associated Press. 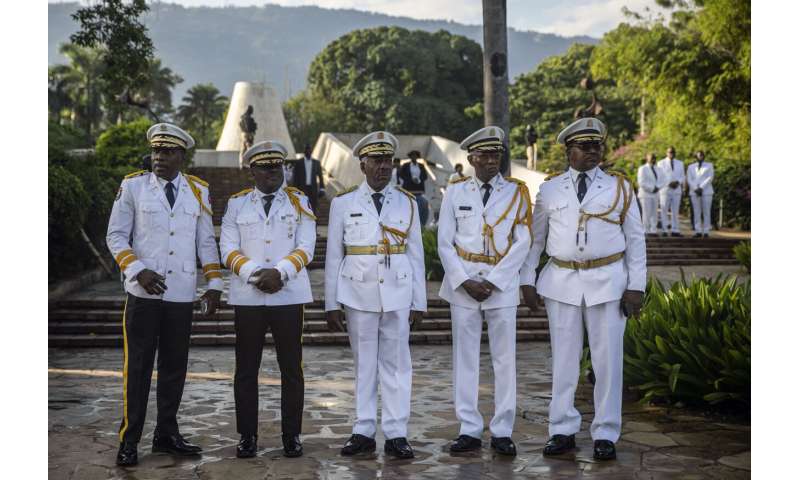 “In depth analysis and detailed negotiations” are required, he said, “to make sure that the measures are aimed at restoring government control and not be perceived as is frequently the case as a way of punishing the entire country and its people.””

The U.S. ambassador stressed that the United States is “keenly aware of the history of international intervention in Haiti, and specifically of concerns about the council authorizing a response that could lead to an open-ended peacekeeping role.”

The Security Council and the international community must seek “a different course” to respond to the security and dire humanitarian crises in Haiti, which require “targeted international assistance” that must be coupled with “support for political dialogue and backed by sustained international pressure on the actors supporting gang activity.”

Reflecting opposition to foreign interference in Haiti, Marco Duvivier, a 35-year-old auto parts store manager, who joined Monday’s protest in Port-au-Prince said: “The U.S. needs Haiti to make its own decisions and not interfere in Haiti’s business.” 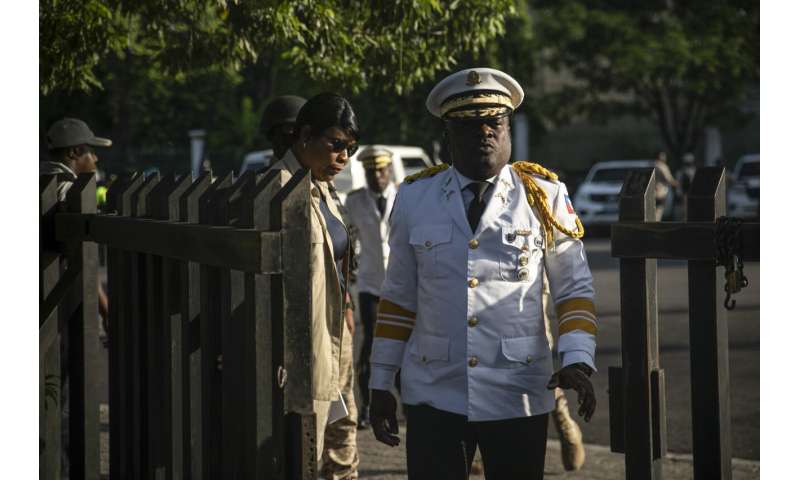 “Life is not going to get better with an international force,” he said.

China’s deputy U.N. Ambassador Geng Shuang noted prime minister Henry’s call, but also the opposition by some political parties and groups to the presence of a foreign armed force in Haiti.

“At a time when the Haitian government lacks legitimacy and is unable to govern, will sending such a rapid action force to Haiti receive the understanding, support and cooperation from the parties in Haiti, or will it face resistance or even trigger violent confrontation from the population?,” he asked. “These are things we need to consider … and to treat with caution.”

Since the gang led by “Barbeque” surrounded the fuel terminal, the distribution of more than 10 million gallons of gasoline and fuel and more than 800,000 gallons of kerosene stored on site have been blocked.

Gas stations remain shuttered, hospitals have slashed services and businesses including banks and grocery stores have cut their hours as everyone across the country runs out of fuel. 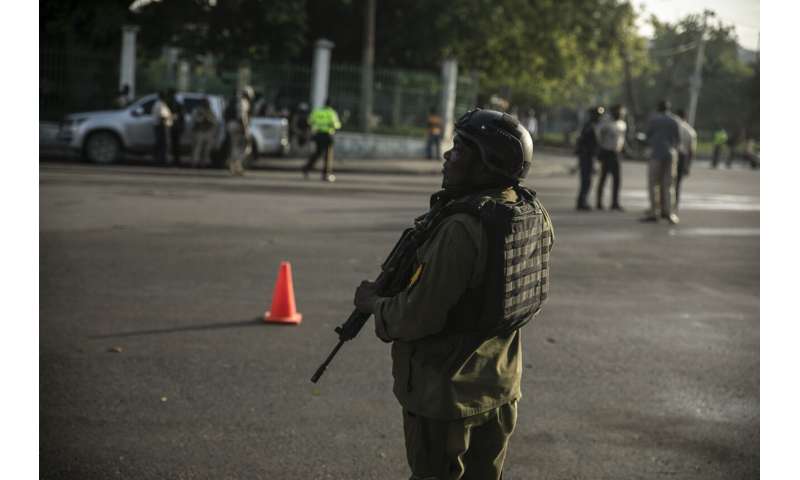 The situation has worsened a recent cholera outbreak, with hundreds hospitalized and dozens dead amid a scarcity of potable water and other basic supplies.

Haiti’s last cholera outbreak was a result of U.N. peacekeepers from Nepal introducing the bacteria into the country’s largest river by sewage. Nearly 10,000 people died and more than 850,000 were sickened.

“We don’t need a foreign force. It’s not going to solve anything,” Jean Venel said.

Helen La Lime, the U.N. special envoy for Haiti, told the Security Council in a video briefing from the capital Port-au-Prince that “a humanitarian emergency is now at our doorstep” with disruptions to hospital operations and water supplies impacting the response to the cholera outbreak.