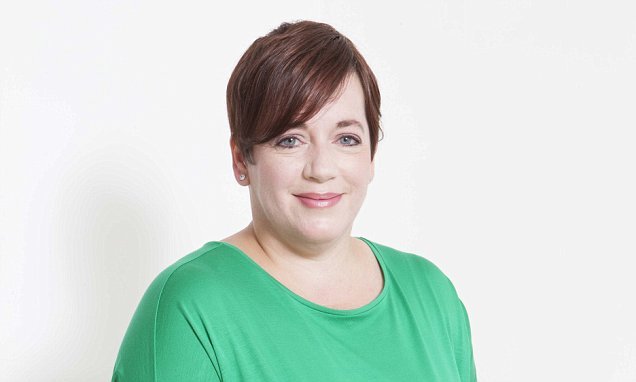 Flushed face after a glass of red? You could be allergic to sulphites in wine 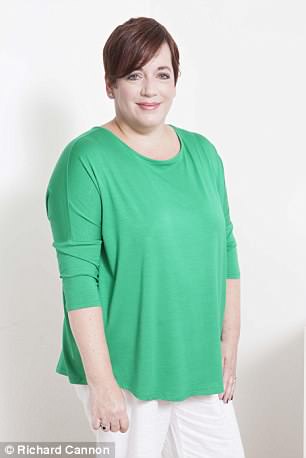 Sufferer: Angela Waters endures a complex reaction to the preservatives in certain wines

Sitting at her dinner table with friends, Angela Waters took a sip of red — a South American Malbec — and instantly felt her face flush.

‘Within minutes my face began to swell, my cheeks puffed up and my throat prickled,’ recalls Angela, 46, a marketing officer. ‘I suffer from hay fever, and the itchy throat felt similar to that, but it was November, so I knew that was unlikely to be a trigger for the reaction.’

‘I took an antihistamine but the swelling and puffiness still took several days to die down,’ says Angela, who lives with her husband, Simon, 45, an engineering project manager, in Chelmsford, Essex, and their three daughters Charlotte, 17, Hannah, 13 and Emily, 11.

When Angela had a glass of wine a fewweeks later, this time a supermarket Argentinian Shiraz, she had a similar experience. ‘But this time, I started to have problems breathing,’ she says. ‘I was wheezing, and my throat was itching.’

Angela was having a reaction to wine, more specifically, to sulphites, preservatives used in wine.

These are compounds that occur naturally in wines, beers and ciders — they are produced by yeast during fermentation, when sugars are converted to alcohol, but are also added to stop wine going off.

They act as a preservative by releasing sulphur dioxide gas; this can be an irritant, triggering symptoms such as wheezing, a tight chest and coughing, as well as a flushed face, hives and stomach upsets.

Generally, white wines have the highest levels of sulphites, then rosé, then red, followed by beer, and cider; spirits have the lowest levels as they are distilled (purified by heating and cooling), rather than fermented — though some sulphites are added later.

It is estimated that around one in 100 people will have a problem with sulphites.

Dr Patrick Yong, a consultant allergy specialist at the Royal Surrey County Hospital in Guildford, explains that what most people are likely to experience in response to sulphites is a ‘sensitivity’ rather than a true allergic reaction involving the immune system (where histamine is released in response to a particular substance, such as pollen in hay fever). 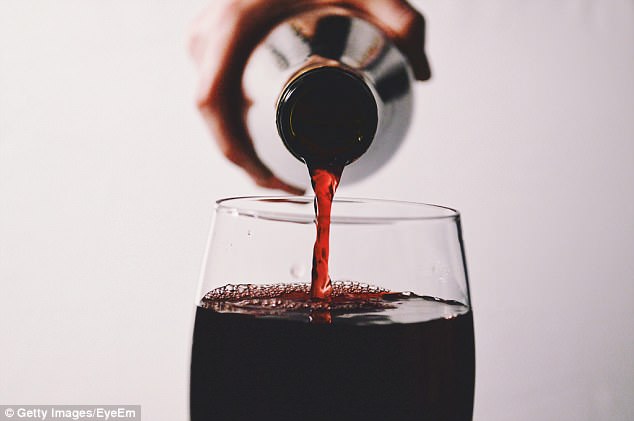 Did you know? Generally, white wines have the highest levels of sulphites, then rosé, then red, followed by beer, and cider

‘In practical terms though, the symptoms will seem the same — and both types of reaction can be severe’, says Dr Yong.

There isn’t usually a medical need to establish whether it is a true allergy or sensitivity — non-allergic reactions can still be quite serious, especially if they worsen an asthma attack.’

Asthma — which affects 4.3 million adults in the UK — seems to make people particularly prone to sulphite sensitivity, as the sulphur dioxide can irritate the airways.

Up to one in ten people with asthma may be affected, suggests the charity Asthma UK, though a survey it conducted in 2016 suggests the numbers might be higher: nearly a third of the 680 people surveyed mentioned wine as a trigger, 56 mentioned beer, 38 cider and 29 spirits.

The danger is that sulphites can prompt a severe asthma attack.

‘For some people, an attack can be triggered when they drink any kind of alcohol,’ says Dr Andy Whittamore, a GP and clinical lead at the charity Asthma UK. ‘While others may only find symptoms come on when they have a particular type of drink.’

‘Our advice is to avoid sulphites and to use allergy medication such as antihistamines and asthma treatments such as inhalers should a sensitivity develop,’ says Dr Yong, who adds that often people don’t realise what they are experiencing is a medical problem. ‘They just think wine “doesn’t agree with them”.’

‘In rare cases, where we are unsure what is triggering an allergy we might diagnose a sulphite allergy by challenging the patient with sulphites in hospital conditions, to see if they react, with adrenaline on hand in case they do. But in most cases we don’t need to do this.’ 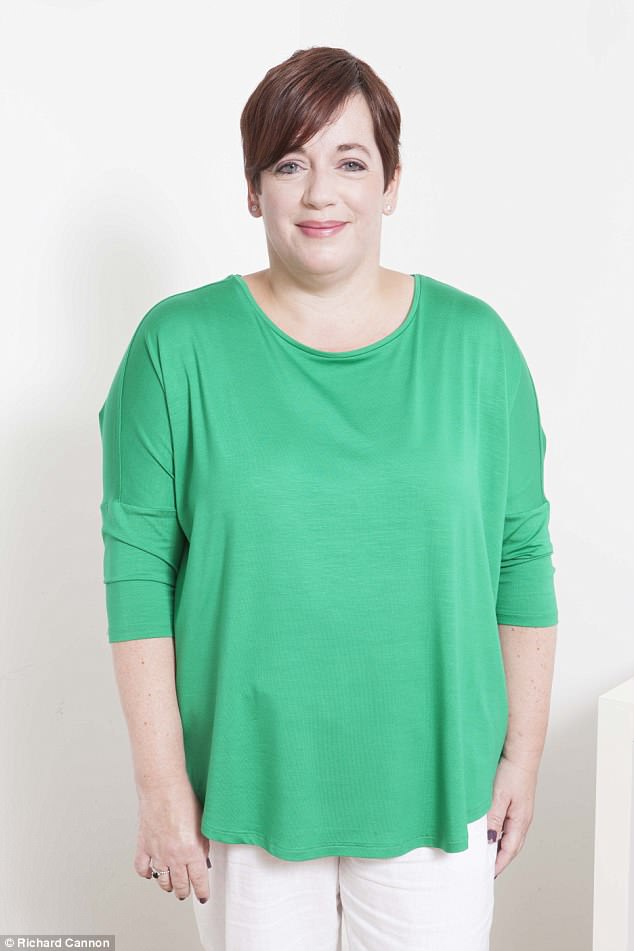 Common: Up to one in ten people with asthma may be affected, suggests the charity Asthma UK, though a survey it conducted in 2016 suggests the numbers might be higher

Some wine experts believe the problem will become more common as a greater percentage of wine imported to the UK is not bottled at source but transported in vast vats by sea.

‘Some overseas producers add more sulphites to make sure the wines don’t go off on their journey, whereas in the past they would have bottled their wines at source,’ claims Tom Bell, managing director of SkinnyBooze, which specialises in healthier forms of alcohol such as lower calorie and vegan.

‘Wine is then bottled in the UK and most bottling plants here don’t have the equipment to remove sulphites. We get calls from consumers every day asking us where they can buy low sulphite wines because of their allergic symptoms.’

After her second reaction to red wine, Angela gave up drinking it.

‘I know quite a lot about allergies as my daughter has a nut allergy,’ she says.

‘I also have asthma and I knew that preservatives in some alcohol are quite common triggers for asthma attacks. ‘When I told my allergy consultant, whom I see for chilli and penicillin allergies, and my asthma nurse, they agreed it was sulphite sensitivity and said I should avoid red wine.

‘It was quite a blow — and strange because I drank it regularly and had never experienced problems before.’

It may be that some people can tolerate a small amount of sulphites, but a sensitivity is triggered over a certain threshold.

The problem is knowing if a particular wine is ‘high’ in sulphites.

While sulphites are one of 14 allergens that must now be listed on food and drink labels, manufacturers don’t have to state the exact quantities.

‘The industry is pushing away from revealing what’s in these products, but I think we should be giving customers all the information,’ says Tom Bell.

Justine Bold, 50, a senior lecturer in nutrition at the University of Worcester, who suffers from a sulphite allergy, agrees better labelling is needed. She had a number of increasingly severe reactions to sulphites ‘which really became apparent when I was a student and started drinking’, she says.

‘Beer, wine or cider would cause itching and constriction of my airways and make me vomit. People just said I was a lightweight. I also had allergic reactions to certain foods containing sulphites such as glace cherries, sausages and sultanas — although at the time I didn’t realise they were linked.’

Justine was eventually diagnosed at 28 when she was referred to an allergy specialist at the Royal Brompton Hospital in London and underwent tests. She’s since had more than 50 reactions to sulphites, mainly when eating out.

‘Sulphites can be very difficult to avoid and there is still a lot of ignorance about them,’ she says.

In the absence of precise labelling, Sam Linter, chief wine maker of the Bolney Wine Estate in East Sussex, advises that English wines generally have low sulphite levels as they’re bottled at source or close by so there’s less need for preservatives.

‘And spend more than £10 a bottle and you usually get less sulphites,’ she adds.

However, a spokeswoman for the Wine and Spirits Federation denied wine imported to the UK contains more sulphites. ‘Wine transported by bulk is more heat stable than wine transported in a bottle so if anything, there would be less sulphites. We have no evidence there are higher levels of sulphites in wine than before.

‘Nowadays, we want to drink wines from all over the world, and we expect every bottle to taste the same as the one we had enjoyed previously. Wines therefore need to be stable and sulphites can help with this,’ she added.

Meanwhile Angela has now found a red, organic low sulphite wine she can tolerate — ‘but it would be a lot easier if I knew exactly how many sulphites were in every bottle as there is a huge difference between certain types.

‘I’d like to be able to drink red wine without worrying any more.’