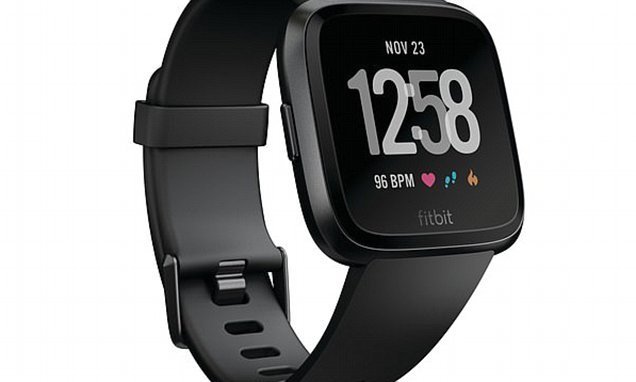 Fitbit users are suing the company over electric shocks – which caused one man to drop his baby, and left others with painful lumps and burning in their arms for up to an hour

Millions of people use Fitbits to monitor their heart health and physical activity.

But some users in America claim to have suffered alarming reactions from a malfunction that caused an electric shock.

One user claims the jolt caused him to drop his three-year-old daughter. Others say they suffered burning sensations for days.

Now, scores of users are filing federal complaints against the multi-million-dollar company, claiming they suffered extreme painful reactions from the device touted as a health booster.

While Fitbit claims it is likely a build-up of static electric energy in users, engineers say that explanation does not seem to add up. 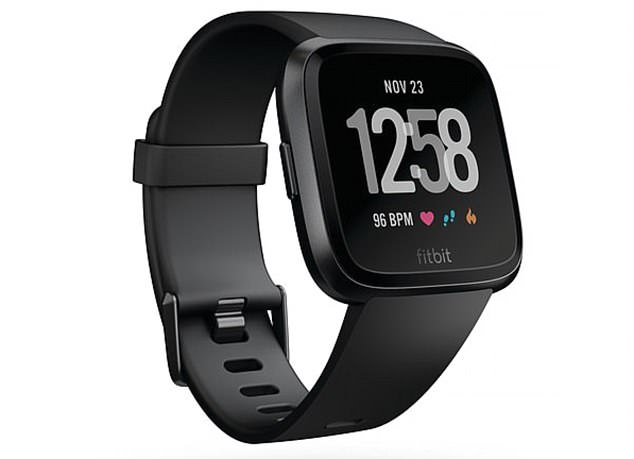 Fitbit has received federal complaints from users over electric shocks. Pictured: file image of the new Fitbit Versa (which is not necessarily implicated in complaints)

‘It was clearly an electric shock,’ young father Chris Nelson told CBS2 after dropping his daughter Emily in reaction to the jolt.

Emily, he says, suffered no injuries, but he developed a lump on his wrist, and numbness in his hand.

Nelson is one of many who have taken to forums to complain about the bizarre malfunction.

One user wrote on Fitbit’s community section: ‘I too am getting shocks from my Fitbit charge.

‘After I take it off I get still get shocks for up to an hour later, no matter what I touch.

‘I tried switching wrists and I am still getting shocks on opposite arm from wrist to arm, down my side. Very concerned.’

Another said: ‘Mine was still causing a slight pain after 20 min but eventually eased up. Not sure whats causing that but hopefully it can be resolved! Im glad im not the only one experiencing this!’

Fitbit has sold around 30 million devices since launching in 2007.

Currently around 10 million people are registered as ‘paid active users’, meaning they have actively used the device in the past three months.

Most users who have reported the shocks on the forum receive responses from the Fitbit team insisting they are baffled by the situation, and to contact the customer services team for more information.

In a statement, the company said it views ‘all reports of potential issues seriously’.

They have found no evidence of malfunctioning devices or batteries, nor evidence of overheating or voltage issues.

‘The best I can figure, I was just shocked by the connector that was on my wrist,’ Nelson said to CBS2.

Scientists are somewhat stumped by the scenario.

‘I just don’t think it’s static. I think there is something else going on,’ Kelly Robinson, an engineer, told CBS2.