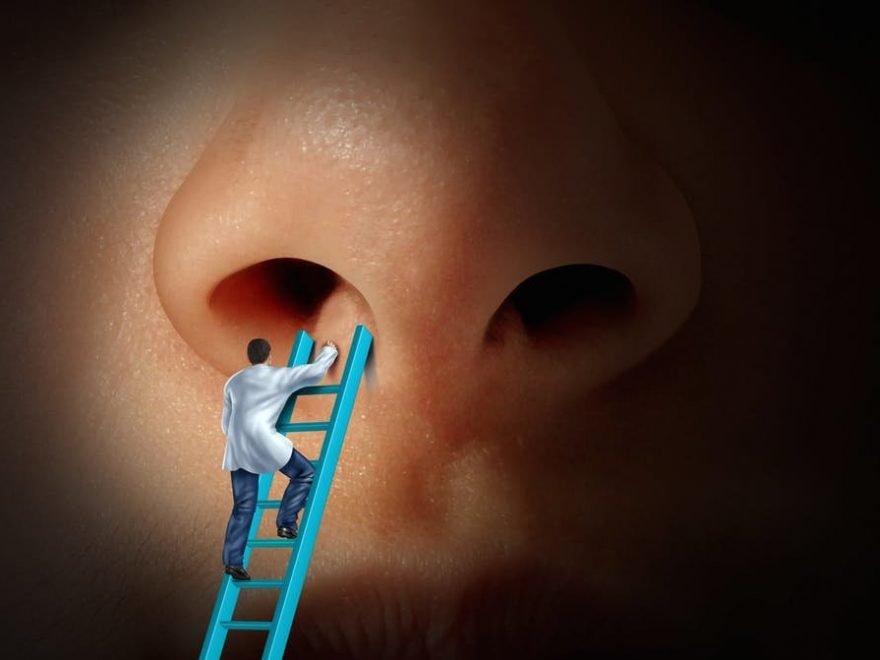 Last year in the U.S., there were 1.8 million plastic surgeries and nearly 16 million nonsurgical procedures, like Botox – about one for every 20 Americans.

Cosmetic procedures have become so popular that there are entire beauty magazines devoted to them, along with TV shows like “Nip/Tuck” and “Botched” that explore the industry in all its gory glory. There are apps for your phone that let you see your face or body modified by surgery and even children’s books to explain why mommy looks so different now.

As someone who’s written a book about the economics of plastic surgery, none of this comes as a surprise.

Recently, however, I ran across a statistic that stopped me in my tracks: Americans are no longer obsessed with fixing their noses. In fact, the number of nose jobs, or rhinoplasties, has gone down 43 percent since 2000.

Over a decade ago, nearly 400,000 Americans were having their noses made smaller, thinner and more symmetrical; now only about 225,000 Americans are doing so each year.

What might explain the overall decline in nose jobs, even as breast implants and tummy tucks are more popular than ever before?

Why people get plastic surgery in the first place

This decline is happening despite the fact that rhinoplasty procedures have become less painful and more convenient.

In the 20th century, rhinoplasties were usually performed with a hammer and chisel – a bloody, bruising affair. Now noses can be reshaped with a vibrating crystal that’s able to cut through bone but avoid damaging soft tissue – a method that decreases the pain and recovery time quite significantly.

But pain has never really been part of the equation. If there’s one thing I learned from interviewing over 100 cosmetic surgery patients for my book, it’s that they’re willing to suffer for what they believe will lead to a better life.

Today, 92 percent are women, disproportionately white, and mostly members of the working and middle classes. They fervently believe that if they look younger, thinner or more attractive, then they’ll be more likely to keep their job or husband (or get a better job or a better husband).

In the end, they’re motivated by a deep desire for a more secure future – which, somewhat paradoxically, compels many of them to take on large amounts of debt to pay for the procedures.

A perfect nose, apparently, is less likely to be viewed as a path to a secure future.

A historic aversion to ‘ethnic’ noses

While there’s probably no definitive way to explain the nose job’s decline, the answer could be as plain as the nose on my face.

My nose, not coincidentally, is large, the genetic effect of my Jewish ancestors. Nose jobs were originally performed for people like me – immigrants who were not quite “white” because they didn’t look like Northern Europeans.

In the 1800s, surgeons discovered that if they put their patients under with gas and sterilized their instruments, they could stop people from dying of sepsis. These surgeons soon realized that they could also earn a quick buck by making ethnic immigrants look more American – which really meant looking more like immigrants from Northern Europe.

By the late 1800s, the cosmetic surgery industry had blossomed. According to historian Sander Gilman, cosmetic surgery was first used to help Irish and Jewish men. For Irish men, it was their noses, which they viewed as a sign of their “racial degeneracy” and “syphilitic nature.” Jewish men were actually less concerned about their noses and far more worried that their detached earlobes “Africanized” them.

Needless to say, the 20th century shifted which bodies and which parts needed repairing, and the focus turned to women – particularly young, white women.

A kind of beauty capitalism was born, teaching women that if there was something wrong with their bodies, it could be fixed. All they had to do was buy the right lipstick, stick to the newest diet, or surgically alter their bodies – especially their noses.

Breast implants, tummy tucks, buttock implants and vaginoplasty would eventually gain popularity. But for the first several decades of the 20th century, most of the women who filled the offices of cosmetic surgeons wanted their noses fixed.

Today’s beauty industry is worth US$445 billion dollars. It mostly teaches women (although increasingly men and even children) that they need to buy things in order to become beautiful.

So why are our natural, imperfect noses all of a sudden more okay?

It could be that the beauty industry has stopped selling us the idea that there is one racial standard for beauty. The sort of racial hierarchy that put Northern European features at the top – and everyone else scrambling to catch up – might be weakening due to demographic and economic changes within a globalized culture.

According to the Pew Research Center, by 2055 everyone in the U.S. will be a racial or ethnic minority – there will be no clear majority.

After centuries of worshiping a certain form of whiteness as beautiful, future beauty standards might look very different. It’s also possible that as other countries, particularly China, dominate the world economy, those countries will have more of a say in determining what’s beautiful. And popular media is increasingly depicting beautiful characters of all races.

At this point, without interviewing those who go under the knife but refuse to reshape their noses, it’s tough to tell what’s inspired the change.

What I do know is that if the beauty industry can sell us something, it will. In fact, it’s invented reverse nose jobs for people who are embarrassed that their noses have been modified – and want to make them look “real” again.