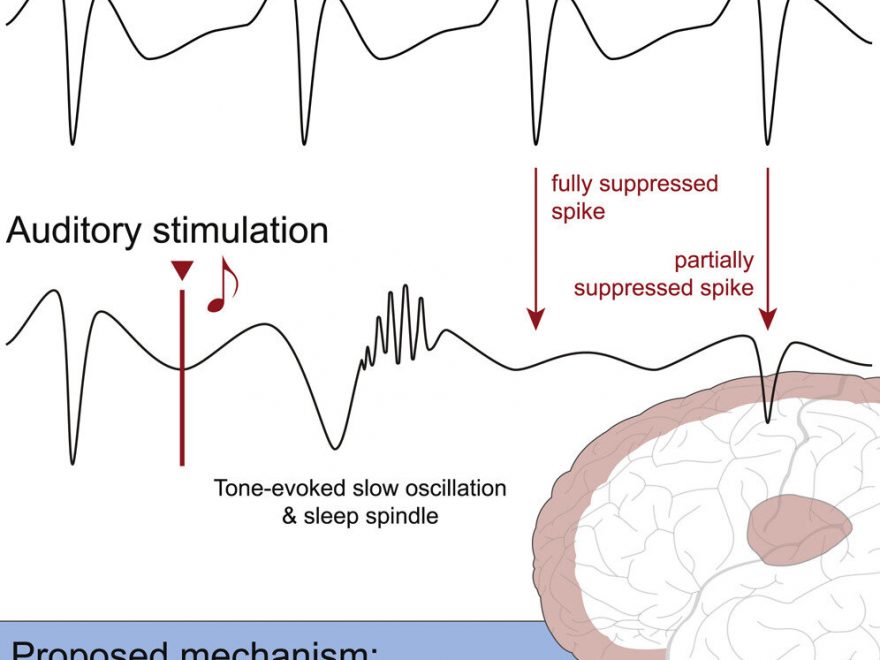 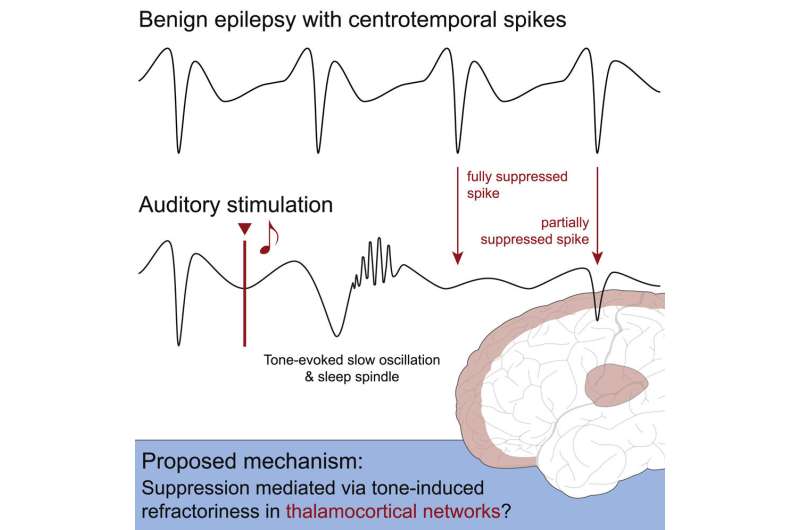 Rolandic epilepsy is a common form of epilepsy in children which occurs primarily during sleep. Short sounds played during sleep can partially suppress the neuronal discharges characteristic of epilepsy. That’s according to a research team from the University of Tübingen and Tübingen University Hospitals. The team is headed by Dr. Hong-Viet Ngo and Professor Jan Born from the Institute of Medical Psychology and Behavioral Neurobiology. Their findings could form the basis for future research into treatment of this form of epilepsy. Rolandic epilepsy usually takes a mild course and often remains untreated. However, such new treatments could have an effect on some of the abnormalities in cognitive development associated with the disease. The new study has been published in the latest edition of Cell Reports Medicine.

Rolandic epilepsy usually first appears in children between the ages of five and eight and disappears around the onset of puberty. “The seizures in this form of epilepsy are usually brief and focal, so there may be twitching around the face and temporary speech problems associated with the seizures,” explains Dr. med. Susanne Ruf of the Children’s Hospital, who was involved in the study. Also, the seizures often occur only at very long intervals. For this reason, many parents and children decide against taking tablets to treat it. “What is problematic, however, is that epilepsy can disrupt normal brain activity during sleep at an important stage of children’s development,” Ruf says. Learning and language difficulties, memory and attention problems would be associated with Rolandic epilepsy.

In the study, the research team non-invasively recorded the electrical brain activity of seven children suffering from Rolandic epilepsy and seven healthy control subjects of the same age, in electroencephalograms (EEG) during sleep. “Our work confirms earlier findings that there are differences in the child patients’ brain activity during sleep compared to healthy children,” says the first author of the study, Dr. Jens Klinzing of Born’s research group. “This particularly affects what is known as “sleep spindles,” a pattern of activity important for processing memories during sleep.” In children with the disease, the epileptic discharges—each recorded as a spike in the curve on the EEG—were also measured during sleep and during quiet periods of wakefulness. The rate and strength of these discharges are thought to determine how pronounced the abnormalities in the cognitive domains are.

The spikes likely originate at the connections between the diencephalon and the cerebral cortex; this gave the researchers the idea to conduct experiments with sound during sleep. “The connections between the diencephalon and cerebral cortex are involved in the origin of both spikes and sleep spindles,” Klinzing says. “It was known from previous studies that sleep spindles can be stimulated by sounds.” The researchers therefore suspected that the epileptic discharges could also be influenced in this way. In fact, it turned out that the softly played sounds reduced both the spike frequency and the intensity of the following spikes in the children suffering from Rolandic epilepsy.

Promoting developmental processes in the brain