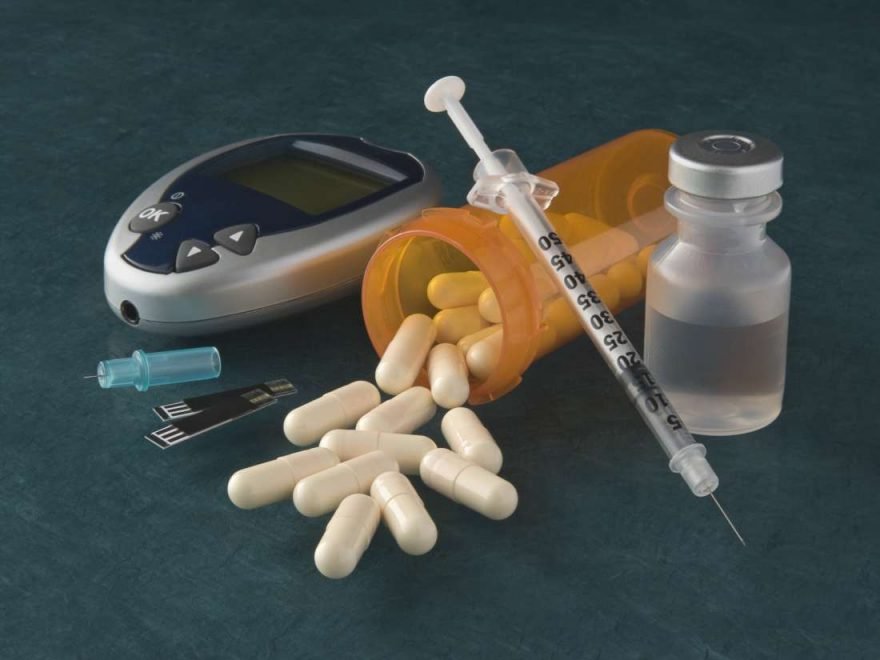 Type 1 diabetes is a less widespread form of the disease that, unlike type 2 diabetes, is often hereditary and non-preventable.

In type 1 diabetes, the immune system wrongly attacks and damages the cells of the pancreas that produce insulin, a hormone that is key to regulating blood sugar levels.

Unmanaged, type 1 diabetes could cause many health problems due to the unregulated blood sugar levels.

To prevent complications and keep the condition under control, people diagnosed with this type of diabetes must receive daily doses of insulin delivered into the bloodstream through either injections or insulin pumps.

But these methods are cumbersome, and multiple daily injections are disruptive and unpleasant — especially to individuals who may have needle phobia.

Administering insulin orally, in pill form, would be a preferable alternative. But unfortunately, insulin quickly deteriorates when coming into contact with gastric acid, or digestive enzymes.

And, researchers have so far been unsuccessful in their attempts to develop a coating that would safely carry insulin beyond the obstacles of the digestive system and into the bloodstream.

Recently, however, a team of specialists from the Harvard John A. Paulson School of Engineering and Applied Sciences in Cambridge, MA, have come up with a pill that, they say, is able to do this job.

“Once ingested, insulin must navigate a challenging obstacle course before it can be effectively absorbed into the bloodstream,” says senior study author Samir Mitragotri.

Mitragotri and team describe their research, and the insulin-delivering pill they developed, in an article now published in the journal PNAS.

The researchers created a complex pill coating, designed to shield the insulin from gastric acid and the enzymes of the small intestine and also be able to penetrate the intestine’s protective barriers.

In this pill, insulin would be inserted in an ionic liquid that contains choline and geranic acid, itself encapsulated in enteric coating, which is resistant to gastric acid.

The enteric coating protects the rest from the acidic environment of the stomach, only dissolving in the small intestine. Here, the ionic liquid would resist the digestive enzymes, shielding the insulin against them.

“When a protein molecule such as insulin enters the intestine,” says first author Amrita Banerjee, “there are many enzymes whose function is to degrade the proteins into smaller amino acids.” However, she adds, “the ionic liquid-borne insulin remains stable.”

And the combination of choline and geranic acid is then able to pierce both the mucus that lines the small intestine, and the dense cellular wall of the intestine itself.

“Our approach is like a Swiss Army knife, where one pill has tools for addressing each of the obstacles that are encountered.”

The scientists also note that the pill is easily manufactured, that this process would be more cost-effective than the other therapies, and that the pill is not readily perishable — it can be safely kept for up to 2 months at room temperature — surviving longer than some of the injectable insulin that is distributed at present.

After so many instances of trial and error when it came to finding a way of delivering insulin orally, other specialists now praise the researchers involved with the new study for their achievement.

“It has been the holy grail of drug delivery to develop ways to give protein and peptide drugs like insulin by mouth, instead of injection,” explains Mark Prausnitz, Regents’ Professor and J. Erskine Love, Jr. Chair in Chemical and Biomolecular Engineering at Georgia Institute of Technology in Atlanta.

“This study shows remarkable results where insulin given by mouth in combination with an ionic liquid works about as well as a conventional injection. The implications of this work to medicine could be huge, if the findings can be translated into pills that safely and effectively administer insulin and other peptide drugs to humans,” he adds.

Insulin delivered orally, the researchers explain, would reach the blood in a way that is more similar to the natural release of insulin by the pancreas. Also, this method may lessen the adverse effects associated with receiving repeated insulin injections.

Mitragotri explains that the next step from here will be to conduct further studies in animal models and make sure that the pill they designed is completely safe for ingestions, though the scientists are fully optimistic.

They say that choline and geranic acid are already considered as safe compounds, and they hope that this will help to smooth the path toward clinical trials in humans.