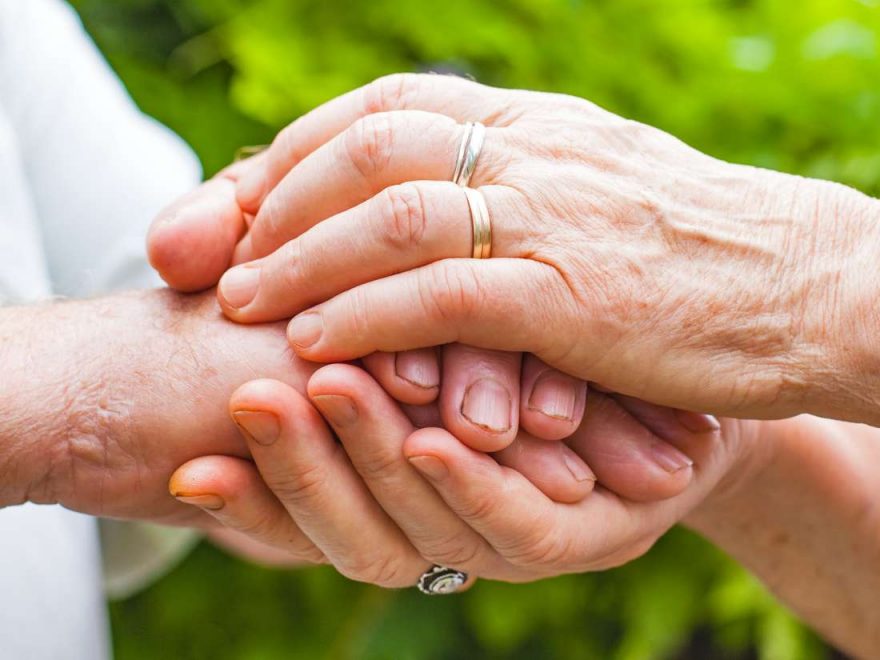 Parkinson’s disease is a neurodegenerative condition that affects an estimated 500,000 people in the United States.

As the condition mostly affects older adults, the number of affected people is likely to increase in line with the average age of the population.

The disease is caused by a loss of neurons in a part of the brain called the substantia nigra.

Loss of cells in this region leads to a reduction in dopamine levels and a range of symptoms.

One of the most common symptoms of Parkinson’s disease is tremor; often starting in the hands, it tends to worsen as the disease progresses.

Some drugs limit tremor, as can deep brain stimulation (DBS). Electrode-tipped wires are inserted into the brain and connected to a device similar to a pacemaker, implanted under the skin in the chest or stomach area.

DBS will deliver high-frequency stimulation to the brain, which reduces tremor. It does not work for everyone and it is not a cure, but it has provided some patients with a new lease of life.

In 2006, a new DBS trial recruited a group of people with early-stage Parkinson’s disease. This was considered controversial because, at that time, DBS was a treatment of last resort; it was only used if an individual’s symptoms no longer responded to medication.

The study was conducted at the Vanderbilt University Medical Center in Nashville, TN. The findings were recently published in the journal Neurology. The results have the potential to change medical science’s approach to early-stage Parkinson’s.

The participants were assigned to one of two groups. One received DBS plus medication, and the other group only received medication.

They found that those in the medication only group were seven times more likely to develop new rest tremor in the following 2 years compared with the DBS plus medication group.

Similarly, 86 percent of the drug group developed tremor in a limb that was initially unaffected, but just 46 percent of the DBS group did. Also, four DBS patients’ tremor actually improved, and one patient’s tremor stopped entirely.

Off the back of these positive findings, the Food and Drug Administration (FDA) have approved a much larger phase III multicenter study. They hope to involve 280 individuals with early-stage Parkinson’s disease.

Dr. Charles is excited about the future of Parkinson’s research but explains that caution is needed.

He says that “[t]he field of DBS therapy for Parkinson’s disease is moving toward earlier stages of treatment, therefore, we must conduct the pivotal trial to ensure patient safety and provide the Parkinson’s community with the best possible medical evidence to guide treatment.”