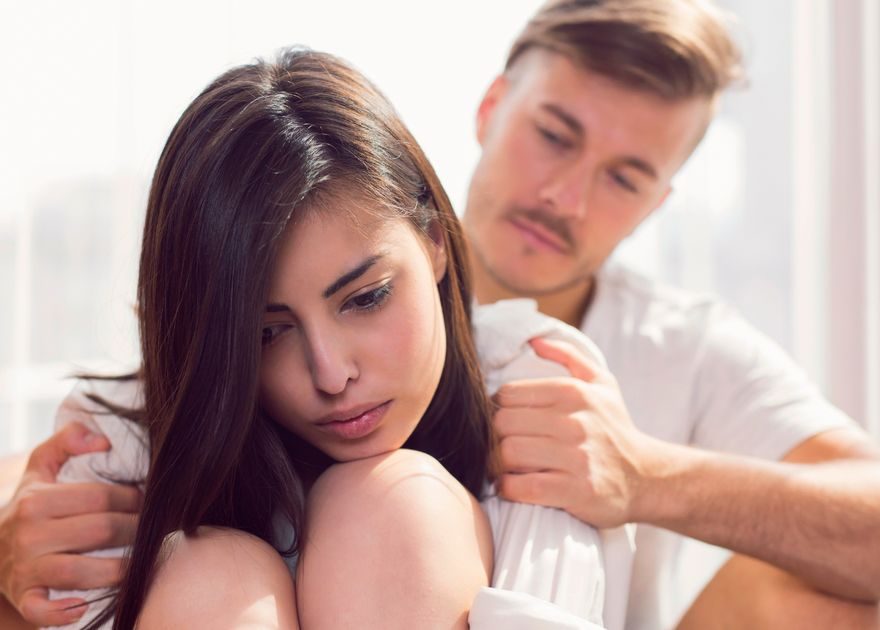 I started dating a guy and didn’t tell my parents because they can be super protective and try to meddle. They comment on how I should be treated, what he should be like and so on.

I wanted to see if this relationship was right for me first, so I hid it from them. When he and I decided to get serious, they found out and felt angry I’d kept it from them.

He’s a decent guy and I wanted to do something in my life that didn’t involve my parents.

I introduced them to each other and the first thing my grandma did was comment on how he’s not from our culture, which hurt my boyfriend.

He doesn’t talk much and my parents took that as him being rude when he’s just shy with people he doesn’t know.

When I pointed out to my parents that they got on with him the last couple of times they met, their response was: “Just because we’re having a good time doesn’t mean we like him.”

So now I’ve moved out and we’re living together.

Things are going great, but he doesn’t like my parents now and I still have a relationship with them and, of course, I still love them.

I just want everyone to get along, as we’ve been talking about marriage and moving to be close to my family.

I feel so stuck in the middle and I’m trying to figure out if this is even worth it if no one is willing to own up to their mistakes. My boyfriend says he wants time, but I feel it’s been long enough.

It sounds like you’re dealing with strong personalities and strong emotions here. The truth is, you can’t force anyone to do anything, but you can help them to see how hard it is for you to walk this line of keeping everyone happy – and it’s making you miserable.

Do your parents and your boyfriend really want you to be this unhappy? Ask them. It sounds to me as if there’s something to work on here – they did get along in each other’s company.

If you can, I’d try to get them in the same room and talk about it – what their issues are and what you can do going forward. Perhaps your parents just want to be more involved and acknowledged and maybe your boyfriend just needs a simple apology.

The fact is, we don’t always choose a partner our parents love as much as we do, but this is your life and if you see a future with your boyfriend then you have to find a way through it, even if it’s seeing your parents on your own.

Hopefully, if there is a wedding to arrange, they’ll be able to put their differences aside and embrace it.