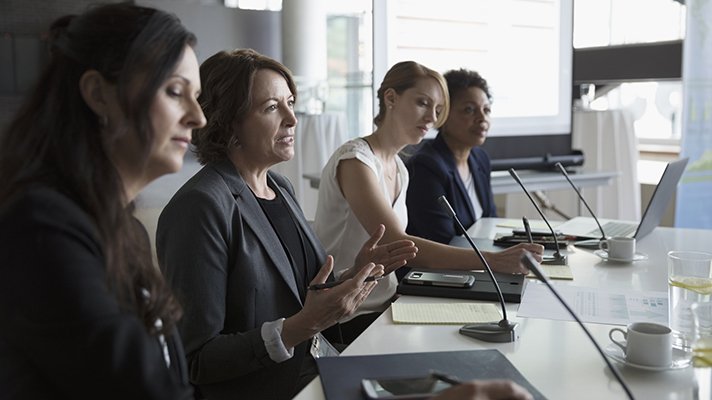 Data scientist was just deemed the hottest job in America right now and healthcare organizations, among other sectors, are already clamoring to hire them at cushy salaries. That situation is opening career opportunities for women working in Science, Technology, Engineering and Math.

But what do women in health IT need to understand about this new possibility? A couple things: the data behind data scientist’s newfangled popularity, the common traits of successful STEM women, and the persistent realities of gender pay inequity in healthcare.

Let’s dissect those in order.

Bloomberg on Friday declared data scientist to be America’s hottest job. It’s analysis is based on openings posted to Indeed.com, which shot up some 75 percent between January 2015 and January 2018, as well as job searches that spiked upward 65 percent in the same timeframe.

That may not be entirely conclusive but, at a minimum, the findings make it clear that there is interest and activity in the field.

The opportunities exist but what it takes for women to succeed as data scientists is another matter.

Laura Sherbin, an economist and co-president of the Center for Talent Innovation, wrote in a recent article in Harvard Business Review that women working in STEM who have been successful in their careers share half-a-dozen common traits.

How, exactly? Sherbin polled 3,212 individuals with STEM credentials and ultimately identified six factors that determine what differentiates successful women in these fields: Confidence, claiming credit for their ideas, investing in peer networks, building up protégés, authenticity – and honing their brand.

Confidence. Women’s confidence has suffered from implications and overt insults that they are less likely to succeed and perceived as less suited for STEM careers, Sherbin noted. “No wonder that fewer than 2 in 10 women in STEM who have not achieved success report being extremely confident in their abilities. Among women who have achieved success in STEM, 39 percent report such confidence.”

Getting credit for your ideas. As to why taking credit for their ideas and speaking up is critical, Sherbin wrote: “In STEM fields, the ideas that spark innovation are currency. Yet 82 percent of women in STEM say their contributions are ignored. We hear, in interviews and focus groups, that women are consistently spoken over and even robbed of their ideas. Feeling unheard can be particularly distressing – and disengaging.”

Peer networks. Investing in these are important to building relationships with others and increasing trust, which leads to buy-in and results. In her research, Sherbin found that successful women invest deeply in peer networks.

Protégés. A majority of successful women in STEM report sponsoring protégés at their companies while only 37 percent of other women in STEM do the same.

Authenticity. “Many think it’s necessary to bend over backwards to fit in at work,” Sherbin said. “But a woman who’s achieved success is more likely to bring her authentic self to work.” An encouraging 78 percent of successful STEM women said they operate as their authentic self at work, according to the research.

Personal brand. She also found that successful women tend to go beyond their job title or description, which makes it absolutely essential that they rightfully acknowledge their contributions because that helps to build and boost their personal brands and reputations. What’s more, Sherbin saw that successful women in STEM are more likely to speak up when they’re overlooked, with 40 percent of them confronting the situation, compared with 26 percent of other women in STEM.

Bloomberg also reported, citing staffing firm Robert Half, that data scientists earn about $120,000 for a typical salary and the 95th percentile is at $168,000.

The article did not delve into the differences in pay between the genders but the 2018 HIMSS Compensation Survey revealed that women typically earn 18 percent less than their male counterparts.

It’s been said before but for any women in health IT looking to land a new data scientist job, it’s smart to understand your own value to the prospective employer and the marketplace overall so you can use that information to negotiate a contract equal to male counterparts.