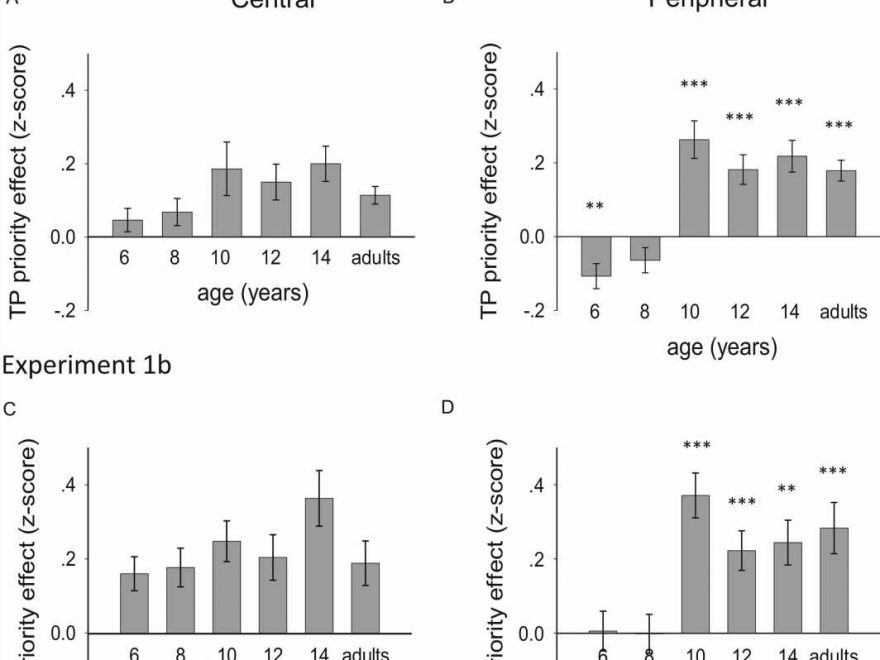 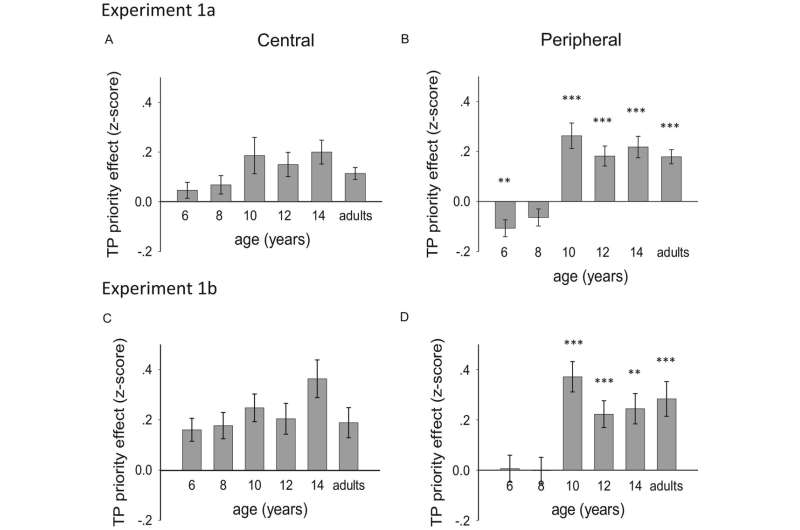 Topological property (TP) is a basic geometric attribute of objects, which is preserved over continuous and one-to-one transformations and considered to be processed in early vision.

Human visual system has been shown to be highly sensitive to topological differences in images. Plenty of evidence shows that TP is processed prior to non-TP attributes of a visual stimulus, i.e., TP priority effect.

The flapping wings of a flying bird make the bird’s shape changing all the time, but we always perceive it as the same bird. Global topological property of an object is exactly a geometric property that describe the maintaining of unchanged shape during continuous deformation.

Evidence showed that children’s basic visual functions are similar to adults,” although have not fully matured. For example, the spatial contrast sensitivity among 4-year-old children follows a curve similar to that of adults, before reaching the adult level at the age of six to seven.

The researchers investigated the global TP perception of 773 children aged 6 to 14, as compared to 179 adults. The results revealed that adults and children aged 10 or over showed a TP priority trend in both central and peripheral vision, i.e., less time was required to discriminate TP-differences than non-TP-differences. Children aged 6 to 8 showed a TP priority trend for central stimuli, but a reverse trend in their peripheral vision.