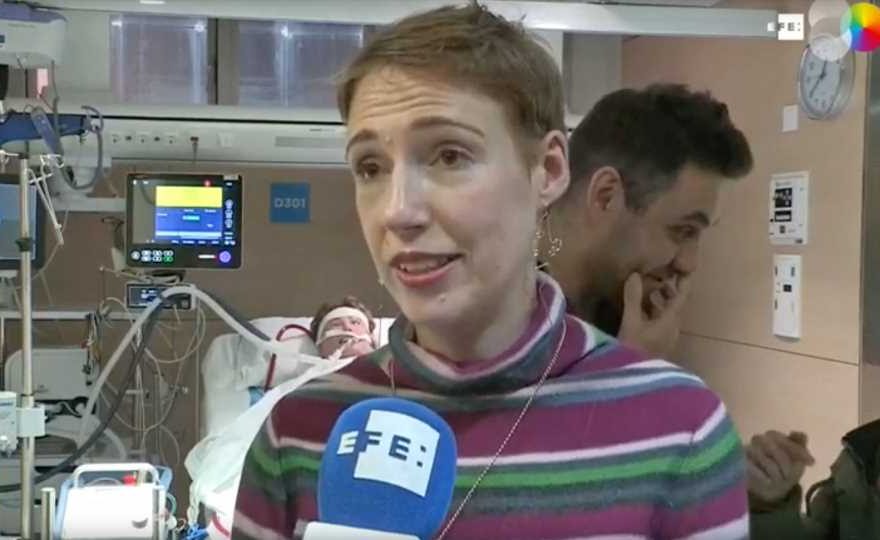 One woman survived the impossible when doctors were able to restore her heartbeat after six hours of cardiac arrest, multiple outlets report.

Audrey Mash, a 34-year-old U.K. woman, who currently lives in Barcelona, was stranded in a snowstorm last month while hiking with her husband in the Spanish Pyrenees mountains, according to the Associated Press. Due to freezing temperatures amid the winter weather, she experienced extreme hypothermia, with her heart eventually stopping.

At a press conference on Thursday, officials from the Vall d’Hebron Hospital in Spain where the woman was treated said Mash is in the process of miraculously recovering after the near-death event.

“She looked as though she was dead,” her doctor, Eduard Argudo, said in a statement, commenting on the patient’s state when she was flown to emergency care via helicopter, according to BBC News. “But we knew that, in the context of hypothermia, Audrey had a chance of surviving.”

It turned out the frigid temperatures were both a blessing and a curse — the coldness had preserved her body and brain from further damage after her heart stopped.

“If she had been in cardiac arrest for this long at a normal body temperature, she would be dead,” Argudo said.

Once a specialized machine that oxygenated her blood was able to return her body to normal temperature (it had lowered to the 60-degrees Fahrenheit range), the medical team used a defibrillator to resuscitate Mash — six hours after her heart stopped, BBC News reported.

“I didn’t really know what was going on in my first day or two that I woke up in intensive care,” she said at the press conference this week. “But, since then, I’ve been trying to read more, obviously learning more about hypothermia and it feels really incredible that I survived it.”

“It’s like a miracle except it’s all because of the doctors,” she added.

Mash, who is an English teacher by day, was released from the hospital 12 days after waking up, though she’s still recovering feeling in her hands, according to the AP. But despite the near-death incident, she doesn’t plan to hang up her hiking boots.

“I recovered much faster than I, or I think the doctors, expected. … The doctors have since told me that they expected me to be in intensive care for closer to a month,” Mash told The Guardian. “I think my husband is a little more dubious about it than me — he has to live with the memories.”

She continued: “I woke up when it was all over. I don’t think we’ll be out in any high mountain this winter, but I do hope that next spring or summer we’ll be able to go back and do some long walking and feel confident in it. I don’t want it to take away from my enjoyment of the mountains.”