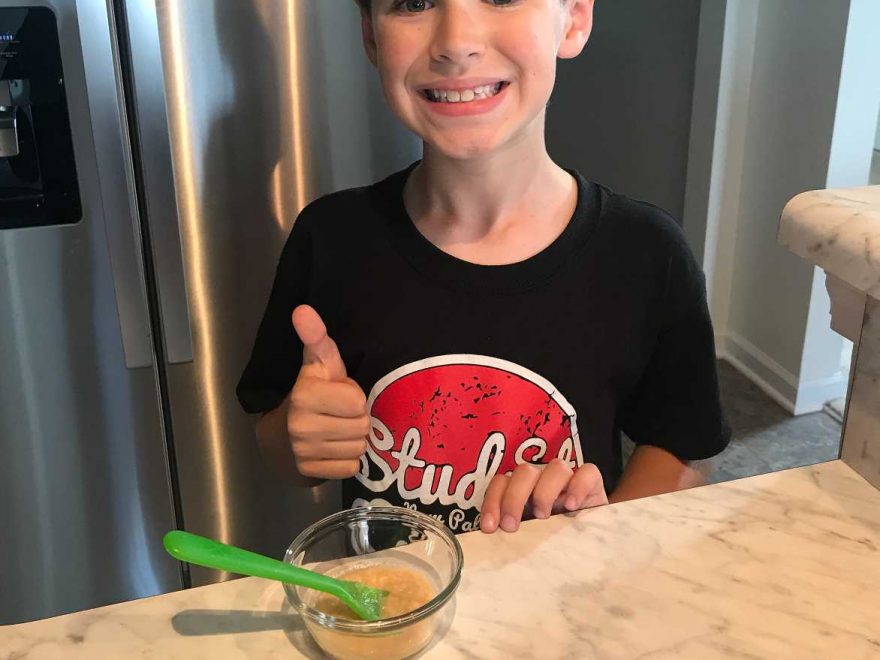 When Reiland Applegate first had a peanut at age 2, it was immediately clear that he had a severe allergy. As his parents rushed him to the hospital, Reiland was projectile vomiting and wheezing and was covered in hives.

“It looked like fire against his skin,” his mom, Amy Applegate, 39, tells PEOPLE. “It was the craziest thing I’d ever seen.”

As Reiland got older — he’s now 9 — his allergy grew progressively worse. While he never consumed any type of peanut again, annual allergy testing showed his allergy classification numbers getting higher.

“The allergy classification is 1 through 6, with 6 being the worst, and Reiland’s numbers were past 6,” Amy says. “His skin test would get worse every year, and the rash would take days to disappear.”

The Applegates, who live outside Indianapolis, spent Reliand’s young years being as careful as possible: Reiland had to bring his own treats to birthday parties (and Amy had to come along), he sat at separate tables in the lunchroom at school and the family rarely went out to eat.

“Avoidance isn’t easy. It’s very hard and time consuming, because manufacturers are not required to say that their product may contain peanuts. You’re putting a lot of trust in people,” Amy says. “And he’s always isolated from everybody else.”

Amy couldn’t bear the thought of her son to having to live this way forever. So she was cautiously optimistic when she learned of a clinical trial for a medication that could potentially reverse peanut allergies. The trial, from Aimmune Therapeutics, involves eating a carefully formulated amount of a peanut protein powder each day.

Reiland began the trial in May 2016. Other than a bit of reflux, it’s been “completely manageable” and made an enormous impact on his allergy level, says Amy.

“His numbers, since the study, have dropped 50 percent. The peanut antibodies have gone down 50 percent,” she says. “It’s working!”

These days, Amy says she isn’t as fearful that he’ll have a reaction.

“It’s not a cure, it’s not like we’re good to go forever, but it eases worries to know that if he does get exposed, he’s going to be okay,” she says. “If he has a reaction it won’t be as bad, or he won’t have one at all.”

The company hopes that after five years of treatment, patients will be able to consume peanut products without concern. But Amy says any improvement at all is a huge help.

“I just want him to live a normal life,” she says. “I want him to be able to go out to eat after a high school basketball game and go to a sleepover with his friends without having to worry. I don’t think he knows any other way of life, but I don’t want him to have the anxieties, and I want him to know he can stay safe no matter where he was.”

The Applegates recently went to Washington, D.C. to testify before the Food and Drug Administration to share their experience with the drug and to lobby for its approval.

“We wanted them to know that this is working, and we think it will work for more people,” she says. “We want to help so many other people.”