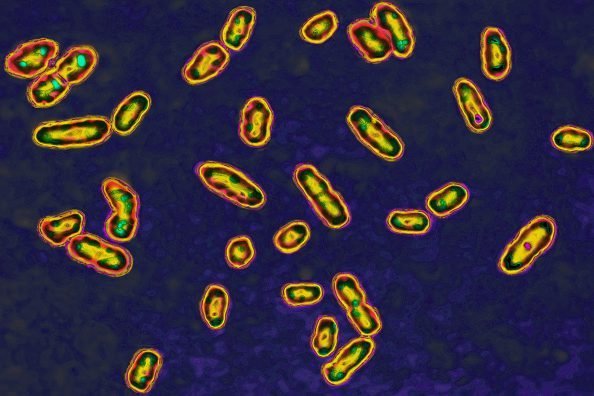 It may sound like something straight out of the Middle Ages, but the plague is making headlines this week after Idaho health officials reported that a child there is being treated for the disease. It’s the first confirmed case of plague in the state since 1992, according to the Idaho Statesman.

Plague—often referred to as bubonic plague, the most common form of the disease—can cause fever, chills, pain, and extreme exhaustion. It can be fatal if it infects the bloodstream or the lungs, but experts say that one case isn’t cause for serious alarm. Here’s what concerned citizens should know.

What is the plague?

Plague is a disease caused by the bacterium Yersinia pestis. In the 14th century, the plague was also known as the “Black Death” when an epidemic spread by rats killed tens of millions of people throughout Europe.

These days, it’s rare for humans to be infected with plague. The disease does, however, occur naturally in some rodent populations—including ground squirrels in Idaho and other western states, where it’s spread between animals by fleas.

Occasionally, humans do become infected with Yersinia pestis bacteria. Transmission almost always occurs through the bite of an infected flea, according to Claire Panosian Dunavan, MD, professor of medicine emeritus in the division of infectious diseases at the David Geffen School of Medicine at UCLA, although people can also become infected by handling infected rodents.

Symptoms of the plague usually develop one to six days after being infected, according to the Centers for Disease Control and Prevention (CDC), and can include headache, fever, chills, and painful, swollen lymph glands in the groin, armpit, or neck, also called buboes—hence the name bubonic plague. If bacteria also infect the bloodstream (called septicemic plague) or the lungs (called pneumonic plague), organ failure and death can occur if it’s not treated right away.

Is one human case cause for concern?

Health officials say that the child who contracted plague in Elmore County, Idaho, has been treated with antibiotics and is recovering. They also say it’s not clear whether the child was exposed to the bacteria in Idaho or during a recent trip to Oregon, where the bacteria has also been found in wildlife.

Plague in humans isn’t completely unheard of. Worldwide,Yersinia pestis infects a few thousand people every year, mostly in Central Asia. (Here is one woman’s first-hand account of catching the disease while traveling abroad.) Since 1990, eight human cases have been confirmed in Oregon and two in Idaho. Last summer, three people in New Mexico were treated for plague, and fleas in Arizona tested positive for the disease, as well.

This week, Idaho health officials issued words of reassurance. “Person-to-person transmission is extremely rare,” the Central District Health Department said in a statement, “and this case was not a risk to others.”

How to reduce your risk

People can protect themselves from plague by treating their pets for fleas and avoiding contact with wildlife, said doctor of veterinary medicine Sarah Correll, Central District Health Department epidemiologist, in the agency’s statement. “Wear insect repellant, long pants, and socks when visiting plague-affected areas,” she added.

Dogs and cats can also be infected with plague and can develop symptoms including fever, lethargy, loss of appetite, and swollen lymph nodes. Dogs can then bring infected fleas into the home, while cats can transmit plague directly to humans by coughing infectious droplets into the air. (If you’re concerned about plague and want to be really careful, the CDC recommends keeping your pets out of your bed.)

The CDC also recommends eliminating nesting places for rodents—such as brush, rock piles, trash, and excess firewood—around your home. You should also wear gloves if you must handle sick or dead animals, and report any strange animal behavior or deaths to your local health or police department.

Fortunately, early diagnosis and appropriate treatment can reduce the risk of complications and death in both people and in pets. (The overall mortality rate for plague today is 11%, compared to 66% before the existence of modern antibiotics.) So not only is it uncommon for humans to develop plague, it’s also reassuring that most who do will make a full recovery.

Despite scary headlines about the plague, Dr. Dunavan told Health last year that it’s important to keep the disease’s prevalence in perspective, and that its total number of cases in recent years has been relatively low. “In terms of what kills people day in and day out, plague is very, very rare,” she said.