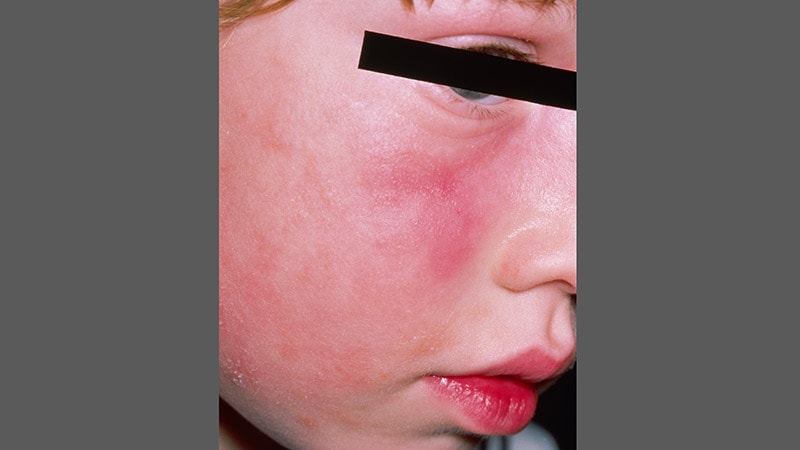 The American Academy of Pediatrics recently issued five recommendations for the most common dermatologic problems in primary care pediatrics.

Topics include diagnostic and management strategies for a variety of conditions, including atopic dermatitis, fungal infections, and autoimmune conditions.

The AAP Section on Dermatology created the recommendations, which were then reviewed and approved by “more than a dozen relevant AAP committees, councils, and sections,” before final approval by the AAP executive committee and board of directors.

The final list represents a collaborative effort with the Choosing Wisely initiative of the American Board of Internal Medicine Foundation, which aims “to promote conversations between clinicians and patients by helping patients choose care that is supported by evidence, not duplicative of other tests or procedures already received, free from harm, [and] truly necessary.”

Lawrence Eichenfield, MD, professor of dermatology and pediatrics at the University of California, San Diego, and chief of pediatric and adolescent dermatology at Rady Children’s Hospital, San Diego, said that the recommendations are “a fine set of suggestions to help health care providers with some of their pediatric dermatology issues.”

• To begin, the AAP recommended against use of combination topical steroid antifungals for candida skin infections, diaper dermatitis, and tinea corporis, despite approvals for these indications.

Diaper dermatitis responds best to barrier creams and ointments alone, according to the AAP. If needed, a topical, low-potency steroid may be used no more than twice a day, and tapered with improvement. Similarly, the AAP recommended a separate, low-potency steroid for tinea corporis if pruritus is severe.

• In contrast with this call for minimal treatment intensity, the AAP recommended a more intensive approach to tinea capitis, advising against topical medications alone.

“Topical treatments cannot penetrate the hair shaft itself, which is where the infection lies; thus, monotherapy with topical medications is insufficient to effectively treat the infection,” the AAP wrote. “This insufficient treatment can lead to increased health care costs resulting from multiple visits and the prescribing of ineffective medications.”

While medicated shampoos may still be used as adjunctive treatments for tinea capitis, the AAP recommended primary therapy with either griseofulvin or terbinafine, slightly favoring terbinafine because of adequate efficacy, lesser expense, and shorter regimen.

According to Eichenfield, a more thorough workup should also be considered.

“Consider culturing possible tinea capitis, so that oral antifungals can be used judiciously and not used for other scaling scalp diagnoses,” he said.

• For most cases of atopic dermatitis, the AAP advised against oral or injected corticosteroids, despite rapid efficacy, because of potential for adverse events, such as adrenal suppression, growth retardation, and disease worsening upon discontinuation. Instead, they recommended topical therapies, “good skin care practices,” and if necessary, “phototherapy and/or steroid-sparing systemic agents.”

“Systemic corticosteroids should only be prescribed for severe flares once all other treatment options have been exhausted and should be limited to a short course for the purpose of bridging to a steroid-sparing agent,” the AAP wrote.

“Be aware of the advances in atopic dermatitis,” he said, “with newer topical medications and with a new systemic biologic agent approved for moderate to severe refractory atopic dermatitis for ages 6 and older.”

• Turning to diagnostic strategies, the AAP recommended against routine laboratory testing for associated autoimmune diseases among patients with vitiligo, unless clinical signs and/or symptoms of such diseases are present.

“There is no convincing evidence that extensive workups in the absence of specific clinical suspicion improves outcomes for patients and may in fact beget additional costs and harms,” the AAP wrote. “Although many studies suggest ordering these tests, it is based largely on the increased cosegregation of vitiligo and thyroid disease and not on improved outcomes from having identified an abnormal laboratory test result.”

• Similarly, the AAP advised practitioners to avoid routinely testing patients with alopecia areata for other diseases if relevant symptoms and signs aren’t present.

“Be comfortable with screening questions about growth, weight, or activity changes to assist with decisions for thyroid screening in a patient with vitiligo or alopecia areata,” he said.

Choosing Wisely is an initiative of the American Board of Internal Medicine. The AAP and Eichenfield reported no conflicts of interest.