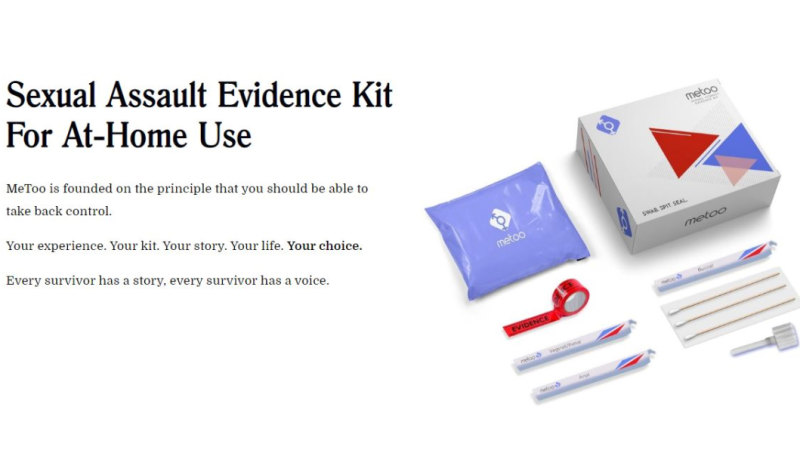 A US startup aiming to sell the first do-it-yourself sexual assault evidence kits says it hopes women worldwide keep the products in their homes as a “deterrent” for rape, comparing it to having a fire alarm.

The New York-based company – controversially called MeToo Kit – hopes to change the oft-confronting forensic examination process by seeing survivors “take back control” and collect their evidence themselves at home. 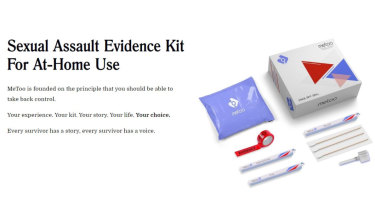 The kits include swabs, a spit container and a sealable bag for clothing, and are paired with an instructional smartphone app. But sexual assault victim advocates and legal experts in America and Australia have condemned the business idea.

“This company is shamelessly trying to take financial advantage of the ‘Me Too’ movement by luring victims into thinking that an at-home-do-it-yourself sexual assault kit will stand up in court. Nothing could be further from the truth,” said Michigan’s Attorney General Dana Nessel, who sent a cease and desist letter.

The kits are not yet for sale but Australian experts are concerned about the company’s goal for its products to be bought by “households across the world”.

Associate Professor John Gall, a University of Melbourne forensic physician and president of the International Association of Clinical Forensic Medicine, says the kits risk steering survivors away from established support systems and have a very narrow view of what a sexual assault forensic exam is all about.

“It’s not just a specimen-collecting exercise,” Professor Gall says. Other investigations such as identifying injuries and finding foreign material, and providing medical care and arranging emotional support for victims are also important.

“A lot of people are terribly upset and traumatised and the whole role of [the exam] is to address that and get appropriate care for someone and make sure they’re safe,” he says. “These kits sort of bypass that which could be to the detriment of somebody.”

The Victorian Institute of Forensic Medicine conducts about 600 sexual assault examinations each year across the state.

Professor Gall says even if the MeToo kits are DNA-free at the packing stage, putting a complex medical task in the hands of someone who is not a trained professional creates a high risk of DNA contamination, and defence lawyers know it.

It could mean the reason for collecting evidence in the first place is skewered because the kit is unlikely to be admissible in court – and by then it’s too late to redo accurately.

“It’s leading people to a false sense of security … The purpose of an exam being done by a doctor or nurse or even police sometimes is it’s an independent person and the specimen is collected correctly and then processed correctly,” he says.

“You have an appropriate chain of custody to make sure the kit’s integrity is maintained from the point of collection through to the lab where it’s tested.

“If you have a kit collected by yourself, any barrister is just going to have the whole thing thrown out … It’s never going to stand up in court.” 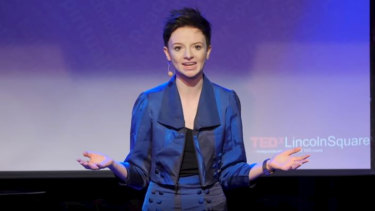 MeToo Kit co-founder Madison Campbell speaking at at a TEDx Talks event in May 2018.Credit:YouTube

The MeToo Kit website states there is “no guarantee” evidence collected will be useable in court, but founder Madison Campbell says she is consulting with “a number of lawyers about the chain of custody and admissibility standards” to develop a product that ticks the legal and scientific boxes.

Ms Campbell says while she thinks every survivor should be encouraged to seek proper healthcare, she believes in the “right to self-test”.

“Personally, after my sexual assault, I did not want to touch myself, let alone anyone touch my body or console me.”

MeToo Kit isn’t only marketing itself to survivors. It also suggests people keep a kit in their homes before a sexual assault even happens.

“We create the analogy as follows: you do not buy a fire alarm for the 364 days you do not have a fire, you buy it for the one day you do. We trust this to be a deterrent for sexual assault,” the website states.

Ms Campbell proposes that if every first-year university student is given a kit, it could create “a psychological deterrent on campus”.

Carolyn Worth, who served as the Centre Against Sexual Assault’s national convenor for 27 years, rubbishes this notion. “Why would you just have a rape kit at home? You don’t go out expecting to get raped,” Ms Worth says.

“A fire alarm actually goes off when there’s smoke. A rape kit at home isn’t going to help. It’s a really weird comparison. I don’t think much deters rapists and I don’t think having a rape kit will do anything.”

Ms Worth said the company is “taking advantage” of the #MeToo movement name to sell a product – a criticism which, while refuting that was her intention, Ms Campbell concedes may prompt her to change the company’s name.

Ms Worth believes the founders are well-intentioned, but warns they’re not doing survivors “any favours”.

“[The founder] is obviously concerned and tried to think of a way to make a hard situation easier for people,” Ms Worth says. “I think they have really good intentions but they need a better understanding of the entirety of this situation.”

If you or anyone you know needs support, you can contact the National Sexual Assault, Domestic and Family Violence Counselling Service on 1800RESPECT (1800 737 732).