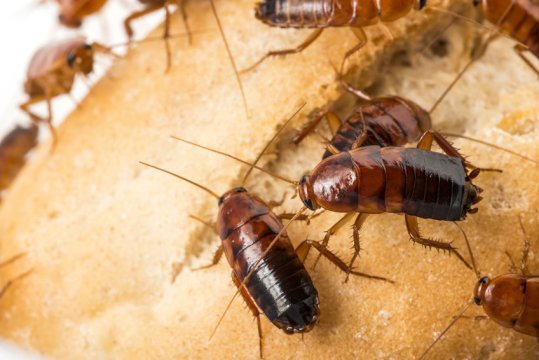 Disgust has long been recognised as an emotion which evolved to help our ancestors avoid infection, but now researchers have been able to show the human disgust system is likely to be structured around the people, practices and objects that pose disease risk.

This is the first time researchers have used the perspective of disease to break the emotion of disgust into its component parts, and identify six common categories triggering disgust — the others being skin conditions such as having lesions or boils, food that is rotting or has gone off and having an atypical appearance such as deformity.

The researchers say these findings could help to target public health messaging, for example to encourage handwashing with soap or to counter the stigma associated with sickness.

The study, led by the London School of Hygiene & Tropical Medicine (LSHTM), surveyed more than 2,500 people online, listing 75 potentially ‘disgusting’ scenarios they might encounter, ranging from people with obvious signs of infection, pus-filled skin lesions and objects teeming with insects, to listening to sneezes and defecation in the open. Participants were asked to rate the strength of their disgust response to each scenario on a scale ranging from ‘no disgust’ to ‘extreme disgust’.

Of all the scenarios presented, infected wounds producing pus were rated as the most disgusting. The violation of hygiene norms — such as having bad body odour, was also found to be particularly disgusting.

By analysing participants’ responses, researchers were able to identify the six common categories of disgust, which each relate to regularly occurring types of infectious disease threat in our ancestral past. Historically for example, eating rotting food could have led to diseases like cholera, close contact with unhygienic people could have transmitted leprosy, promiscuous sexual practices could have put an individual at risk of syphilis and contact with open wounds could have led to the plague or smallpox infection.

The results confirm the ‘parasite avoidance theory’, in which disgust evolved in animals, encouraging them to adopt behaviours to reduce the risk of infection. This behaviour is replicated in humans where disgust signals us to act in specific ways, which minimise the risk of catching diseases.

Professor Val Curtis, senior author at LSHTM said: “Although we knew the emotion of disgust was good for us, here we’ve been able to build on that, showing that disgust is structured, recognising and responding to infection threats to protect us.

“This type of disease avoidance behaviour is increasingly evident in animals, and so leads us to believe it is evolutionarily very ancient.

“Increasing our understanding of disgust like this could provide new insights into the mechanisms of disease avoidance behaviour, and help us develop new methods to keep our environments, fellow animals and ourselves healthy.”

Interestingly, the survey results showed that there were gender differences in reactions to the disgusting scenarios that were presented, with women rating every category more disgusting than men. This is consistent with the fact that men are known to indulge in riskier behaviour than women, on average. The categories women in the study found most disgusting were risky sexual behaviour and animals carrying disease.

Before the study, the team predicted that types of disgust would correspond directly to categories of disease threat. However, they found that the types of disgust in the brain were more closely linked to the actions that people need to take to avoid disease — for example by not touching oozing skin lesions or approaching people with bad body odour. This corresponds to an evolutionary view of the emotions which are for action; emotions make us do things that put us in a better state with respect to our survival and reproduction.

Micheal de Barra, who co-led the research at LSHTM and now lectures Psychology at Brunel University London, said: “Although we only really came to understand how diseases transmit in the 19th century, it’s clear from these results that people have an intuitive sense of what to avoid in their environment. Our long coevolution with disease has ‘wired in’ this intuitive sense of what can cause infection.”

Researchers say the findings could be used to develop instruments for measuring disgust, to investigate how disgust might vary across cultures and to understand how moral disgust, for example, relates to disease disgust.