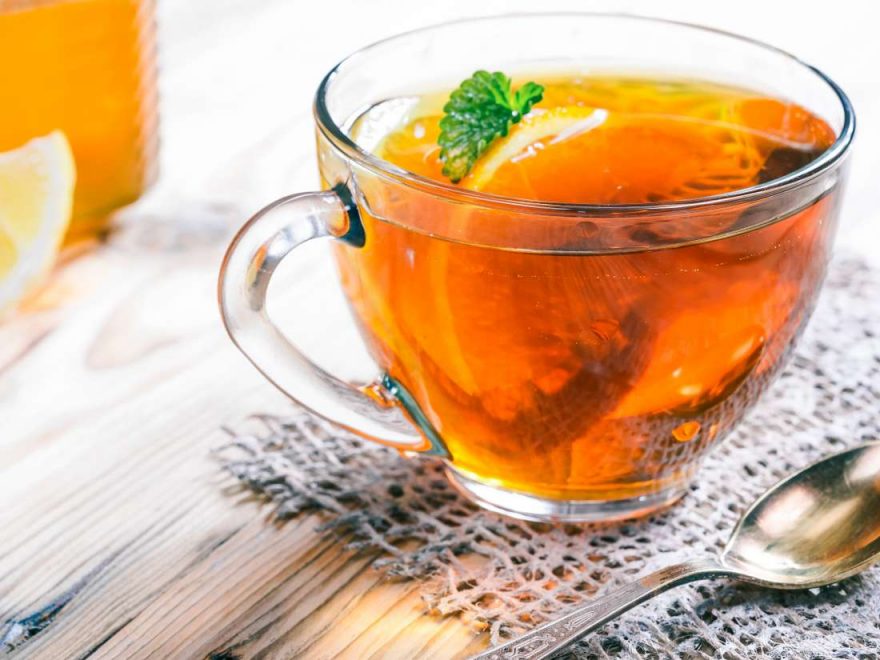 In this article, we provide a list of foods to eat and avoid for people with common illnesses.

A blocked nose, a cough, and a sore throat are common symptoms of colds and flu. The following foods can help to ease congestion and inflammation and boost the immune system.

When experiencing cold and flu symptoms, it is important to stay hydrated. Herbal teas are refreshing, and breathing in their steam can help to clear mucus from the sinuses.

Adding ground turmeric to a cup of hot water may help to relieve a sore throat. Research suggests that turmeric has both anti-inflammatory and antiseptic properties.

Tea leaves are abundant in natural plant compounds, such as polyphenols, flavonoids, and catechins. These stimulate the immune system. Catechins, in particular, may protect against certain types of influenza virus.

Some people recommend drinking Echinacea tea to shorten the duration of cold and flu symptoms. However, this effect has yet to be proven by scientific research.

A sore throat can be caused by a bacterial infection. Honey is rich in antimicrobials that help to clear these types of infection.

Honey may also be effective in treating children’s coughs, though it should not be given to infants under 12 months of age.

A review published in 2018 compared honey with common over-the-counter children’s cough remedies, a placebo, and no treatment.

The authors found that honey appeared to be more effective than diphenhydramine and salbutamol, which are drugs often used in cough medicines. Honey also produced similar results as dextromethorphan, another common ingredient.

The results were limited, however, as most studies in the review only looked at 1-night acute coughs.

Citrus fruits, such as oranges, lemons, and grapefruits, contain high levels of flavonoids and vitamin C. These decrease inflammation and boost immunity, which may help to fight a fever.

Some studies suggest that a flavonoid called quercetin, which is also found in berries, may help to treat rhinovirus infections. This virus is responsible for the majority of common colds.

Dairy is believed by many to increase mucus production, although there is little scientific evidence to support this. Dairy may make mucus thicker, however, which can worsen sinus congestion.

Caffeine can cause dehydration, which makes congestion worse. However, some caffeinated drinks, such as tea and coffee, contain immune-boosting antioxidants, and they may be helpful in moderation.

Alcohol can dehydrate and trigger an inflammatory response, which may aggravate cold and flu symptoms.

When someone has one or more of these symptoms, the key is to eat foods that settle the stomach. Doing so should help people to regain their appetite.

Research suggests that ginger could help to reduce the effects of nausea and vomiting, although more studies are required to confirm these findings.

A person can make ginger tea by adding 1–2 teaspoons of fresh ginger to a cup of hot water. Steep the ginger for 5 minutes before straining the mixture and sweetening it with a little honey.

Crystallized ginger should be eaten in moderation, due to its high sugar content.

Avoid fizzy ginger ale, as this can further irritate an upset stomach.

BRAT stands for: bananas, rice, applesauce, and toast. These foods are bland and gentle on the stomach.

The diet is rich in starch and contains little fiber, which can have a binding effect on loose stools and speed up recovery from diarrhea.

Other bland foods that can be added to a BRAT diet include:

A person should start slowly, sipping water regularly for the first few hours, before gently introducing other liquids, such as apple juice or broth.

If the stomach remains settled, it may be safe to try more solid BRAT foods.

Those sensitive to gluten should make sure to choose gluten-free options.

It will usually be safe to return to a more regular diet after around 48 hours.

An upset stomach occurs when the stomach lining becomes inflamed. Compounds called tannins that are present in coconut water may help to reduce this inflammation.

Coconut water is also high in minerals such as sodium and potassium. They can help the body to rehydrate quickly after diarrhea or vomiting.

One study found that coconut water may provide the same level of hydration as a sports drink. It is also more healthful, containing no added sugar. However, it is worth noting that this study only included 12 participants.

The key to relieving constipation is to increase fiber intake.

Fiber is either soluble or insoluble. Soluble fiber traps water in the stools, making them softer and easier to pass. It also helps to nourish gut bacteria. Insoluble fiber adds bulk to stools, helping to clear the intestines.

Be aware that eating more dietary fiber can cause excess gas. A person should increase their intake gradually to avoid bloating.

Soluble fiber also absorbs a lot of water, so be sure to drink plenty.

A single cup of oatmeal made with water contains about 4 grams of fiber, around 16 percent of an adult’s recommended daily intake.

While oatmeal only contains the germ of the oat, oat bran contains the fibrous husk as well. Because of this, it provides 5.7 grams of fiber per cup, so bran is even better for digestion.

Raw oats contain more fiber per serving than cooked oats and make an excellent addition to smoothies. Rolled oats are digested more easily than steel-cut oats when in the raw form.

It is important to stay hydrated when eating dry oats. The extra fiber from blended fruits will also help to relieve constipation.

All fruits are good sources of fiber, but dried fruits, such as apricots, figs, and prunes, typically contain the highest levels.

These fruits also contain a natural laxative known as sorbitol, which promotes bowel movements by drawing water into the intestines.

Prunes and apricots also contain polyphenols, which can increase the amount of healthful gut bacteria, such as Lactobacillus and Bifidobacterium. These bacteria help to stimulate the intestines.

Due to its high soluble fiber content, flaxseed is particularly good at supporting regular bowel movements.

It is also an excellent source of omega-3 essential fatty acids. There is some evidence that omega-3 acids reduce bowel inflammation, which can occur after prolonged constipation.

The outer shell of the seed cannot be digested, so people should eat pre-ground flax. This will allow the body to absorb the beneficial nutrients.

Ground flaxseed can be added to porridge and smoothies or used in baking.

Processed foods tend to be high in fats and salt, and low in fiber. Fats are difficult to digest, while salt decreases levels of moisture in stools.

Processed grains, such as white bread and white rice, have been stripped of the bran and germ. These are the parts that provide the highest levels of fiber.

Caffeine and alcohol can both cause dehydration, depleting the water needed to soften stools.

Dietary changes can provide some relief when an individual feels sick. A person should try to follow the recommended diet for their symptoms while avoiding foods that will worsen them.

It is important to remember that prevention is better than a cure. Staying hydrated and eating a healthful diet rich in nutrients will help to stave off many of the ailments listed above.