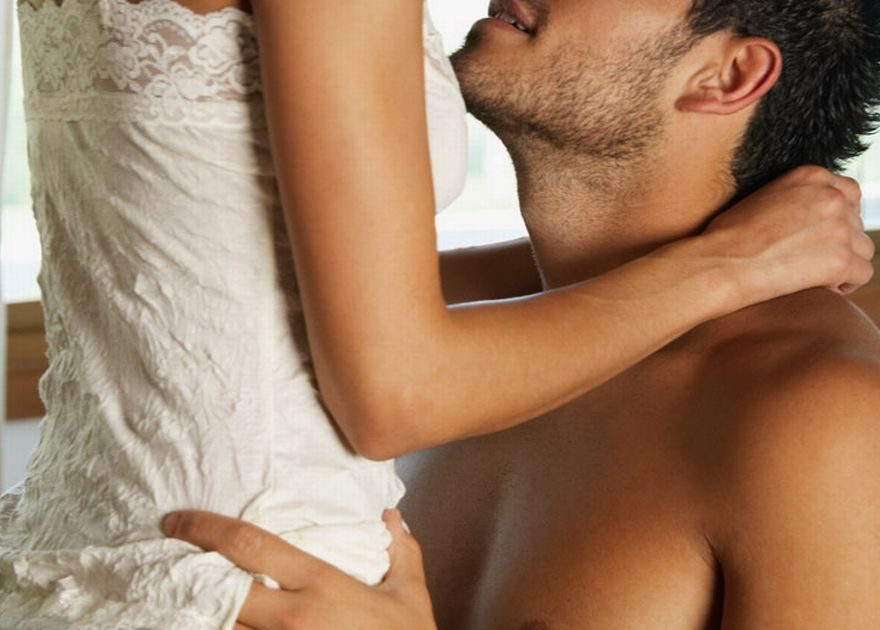 Partner “not in the mood” again? Then it might be worth sharing the following to change their mind.

According to the latest studies, regular sex – that’s one to two lovemaking sessions per week – can provide some incredible boosts to your health and wellbeing.

There are quite a few benefits to having sex, from boosting fertility to looking young (yes that’s a thing), you even get healthier (sort of).

Here’s a break down of the best reasons to get your loved one between the sheets.

Last week, Dr David Weeks, clinical neuropsychologist at the Royal Edinburgh Hospital, revealed to a psychology ­conference that his extensive research had found older men and women with an active love life looked five to seven years younger than their actual age.

But you don’t have to be at it every night to enjoy youth-enhancing effects! In fact, during his 10-year study, ­Weeks found quality was as important as quantity, with the ­anti-ageing benefits stronger if the sex was classed as “loving”.

This will sound like ­music to most men’s ears – studies have found that the more often you make love, the better quality your sperm will be.

Semen health was found to be best when sex had last occurred less than two days before the sperm was tested and was greatly decreased after 10 days of abstinence.

If you’re trying for a baby, keep sperm fresh and in tip-top shape by having sex at least twice a week, and not only around the time of the woman’s ovulation.

Frequent sex has also been found to help balance a woman’s hormones and regulate her periods, which can further boost chances of conceiving.

Having sex once or twice a week has been found to raise your body’s levels of an antibody called immunoglobulin A, or IgA, which can protect you from colds and flu. One study found people who have sex more than once a week have 30% higher levels of IgA than those who abstain.

Having high levels of the natural steroid DHEA, known as “the anti-ageing hormone”, is believed to be key to keeping your body fitter for longer. During sex, DHEA is ­secreted throughout the body, and after an orgasm, the level in the bloodstream soars to five times its normal amount.

A study carried out in Australia found people who climaxed at least three times a week had a 50% lower chance of dying for any medical reason than those who only climaxed once a month.

Thirty minutes of vigorous sex burns up to 100 calories, which is the same as a small glass of wine.

And if you have moderately active sex twice a week, you’ll burn an extra 5,000 calories a year! ­

Varying your positions is also a great, fun way to tone different muscle groups and keep limbs lean and flexible.

Many women say period pain diminishes if they do the deed during a cramp attack.

One theory why is that muscle contractions that occur when you reach peak levels of excitement relieve tension in the muscles of your uterus – the ones that cause menstrual cramps – therefore easing the pain.

8. Helps lower your risk of incontinence

Good sex is a great workout for a woman’s pelvic floor muscles – the muscles that control ­orgasms and also stem the flow of urine, reducing leakage and incontinence.

Pregnancy and the menopause can weaken these muscles significantly, but the stronger they are, the lower your risk of developing stress incontinence and prolapse later.

And let’s face it, sex is far more ­enjoyable than the chore of doing pelvic floor exercises on your own!

Lots of studies have found that regular sex can ward off heart attacks, not bring them on as it was once feared.

One study at Queen’s University Belfast found that having sex three times a week could halve your risk of having a heart attack or stroke.

Another study in Israel found that women who had two orgasms a week were up to 30% less likely to have heart disease than those who did not enjoy sex or didn’t have an orgasm.

10. Increase your attractiveness to others

High sexual activity makes the body release more pheromones, chemicals that enhance your appeal to the opposite sex.

This is why the more sex you have with your partner, the stronger your desire will be to have sex with them again.

11. Smooth out your wrinkles

The hormone oestrogen is pumped out during sex, which can in turn have a plumping effect on the skin, helping to smooth out those fine lines.

This is especially useful following the menopause, when a woman’s skin can ­become drier and more wrinkled, as ­oestrogen levels naturally drop.

One American study found that menopausal women who had sex every week had ­oestrogen levels that were twice as high as their counterparts who abstained.

12. Give yourself an all-over healthy glow

According to ­research carried out at the Royal Edinburgh Hospital, sex promotes skin renewal because it is an aerobic form of exercise.

The scientist behind this study found that vigorous sex pumps higher levels of oxygen around the body, increasing the flow of blood and nutrients to the skin, and pushes newer, fresher skin cells to the surface, making skin look healthier.

One of the most important benefits, noted in a recent survey undertaken by the University of Texas, US, was that participants who had sex regularly felt more confident about their bodies.

A Scottish study found men and women who had plenty of sex coped well with stress and had lower blood ­pressure than those who abstained. Researchers at Brigham Young ­University in the US also linked frequent intercourse to lower blood pressure.

Like any exercise that raises your heart rate, sex causes your brain to release feel-good chemicals that boost your levels of serotonin – the happy hormone – to lift your mood.

Serotonin is the body’s key antidepressant chemical and one of the major reasons people smile and feel happy and relaxed after sex.

Sexually active women in long-term ­relationships are also less likely to feel depressed than women who go without sex, according to a study of nearly 300 women by psychologist Gordon Gallup in the American Archives Of Sexual ­Behavior.

“Having a headache” might be an age-old excuse not to have sex, but the scientific evidence says that, to the contrary, sex can help shift pain!

This is because making love causes a surge in the “love” hormone ­oxytocin, plus other feel-good ­endorphins, which can ease pain.

Women have reported that their ­pain from both headaches and ­arthritis improved post-coitus.

In a study in the Psychology journal, ­researchers found that people who’d had sex in the last 24 hours coped better with stressful ­scenarios – such as public speaking – than those who had not.

Research has also shown that touching and cuddling during and after sex reduces the body’s levels of cortisol – the hormone that is secreted when you’re stressed.

18. Kick your insomnia into touch

The oxytocin released when you orgasm has another benefit – it can help you drop off, research claims.

Both men and women release this feel-good ­hormone just before ­orgasm, and as it courses through your system, it promotes relaxation and sleepiness.

As regular sex can boost oestrogen levels in post-menopausal women, it can offer some protection against the ­bone-thinning condition osteoporosis that is triggered by a lack of oestrogen.

And men can benefit too, as testosterone levels have been found to increase during and after sex, which can provide some protection against male osteoporosis.

20. Cut your risk of prostate cancer

Researchers at Nottingham University have found that men who enjoy a regular sex life in their 50s are at lower risk of developing prostate cancer.

This is because sex clears the prostate of toxins that could ­otherwise linger and trigger ­cancerous changes.

The link was first suggested after several studies showed that monks appeared to have a higher chance of developing prostate cancer.

If you decide to go for a spot of morning passion to start your day, the boost to your mood it provides can continue right through until night-time, ­according to research.

The American scientist Dr Debby Herbenick found that adults who made love first thing in the morning were not only more upbeat for the rest of the day, but they also benefited from a stronger ­immune system than those people who simply opted for a cup of tea and some toast before ­heading out of the door.

In other words – why wait until tonight?