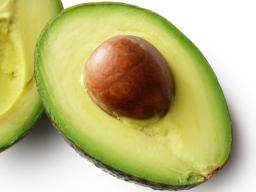 Fresh fruits and vegetables are generally low in fat and calories, but they contain various levels of carbohydrates and sugars. And for some people trying to manage their intake, carb content is helpful to know.

There are many diets that require a reduced carb intake. The Keto diet, for example, requires that a person eats less than 30 grams (g) of carbohydrates per day.

Including these fruits and vegetables when following a carb-light dietary regimen can add color, flavor, and vital nutrients to your diet without tipping the carb count in a direction that counteracts the healthful benefits of your low-carb diet.

Fruit tends to have a higher carbohydrate content than most vegetables, because of the naturally occurring sugars – they’re sweeter, after all.

But that doesn’t mean you should avoid them. If you’re watching your carbohydrate intake, some fruit has a higher water content and therefore fewer carbs per standard serving.

This fruit of summer scores lowest in carbohydrate content, packing only 7.55 g per 100 g of fruit. It’s also high in vitamin A and has a high water content, making it a great high-volume food because it will fill you up while providing fewer calories. Even the rind has health benefits!

Yes, avocados are a fruit, and they have relatively low carbohydrate content to boot. For every 100 g of avocado, you’ll get an estimated 8.64 g of carbohydrate.

In addition, you’ll get healthy monounsaturated fats, known to be good for heart health, among other things.

When you’re limiting carbs, vegetables are an important source of nutrition. They are high in fiber and lower in overall calories per serving than any other food group. They also contain an array of healthy compounds such as vitamins, minerals, and phytochemicals.

In general, the higher the water content, the lower the carb content per standard serving. These are the lowest-carb choices.

Cucumbers are a refreshing and nutritious addition to any salad – Greek or otherwise! Peeled, they contain just 2.16 g of carbs for every 100 g. If you prefer them with peel, that’s 3.63 g, which is still pretty low!

Perhaps one of the most popular, though least nutritious, vegetables, iceberg lettuce has only 2.97 g of carbohydrate per 100 g. Pair it with several others on this list to get a low-carb salad with plenty of nutrients.

Celery is a versatile veggie that goes as well with salads as it does with casseroles. And with the same number of carbs as iceberg lettuce (2.97 g per 100 g), it’s worthy of inclusion in your diet.

Mushrooms contain only 3.26 g of carbs per 100 g. Add them to an egg white omelet to get a healthy, low-carb breakfast.

For every 100 g of spinach, you’ll get 3.63 g of carbohydrate. To put that in perspective, that’s only about 1 gram per cup. So, load up on spinach salads and top with lean chicken breasts and fresh strawberries.

Another nutrient-dense leafy vegetable, Swiss chard packs only 3.74 g of carbs per 100 g. Swiss chard is great in soups and sautéed with garlic.

Tomatoes, considered both a fruit and a vegetable, only contain 3.89 g of carbs for every 100 g. You can eat them raw, roast them, or throw them into a salad. Not only are they delicious, but they can also lower your risk for strokes.

You need not sacrifice your favorite fruits and vegetables when reducing the intake of carbs in the diet.

Low-carb dieting can still be interesting, and a diet that reduces carb intake does not have to mean that your meals only consist of protein, all the time. Add some of these fruits and vegetables to make your plate more interesting and your nutrition more complete.

Even when following the Ketogenic diet, you can still experiment with meal plans to keep your diet balanced and nutritious.