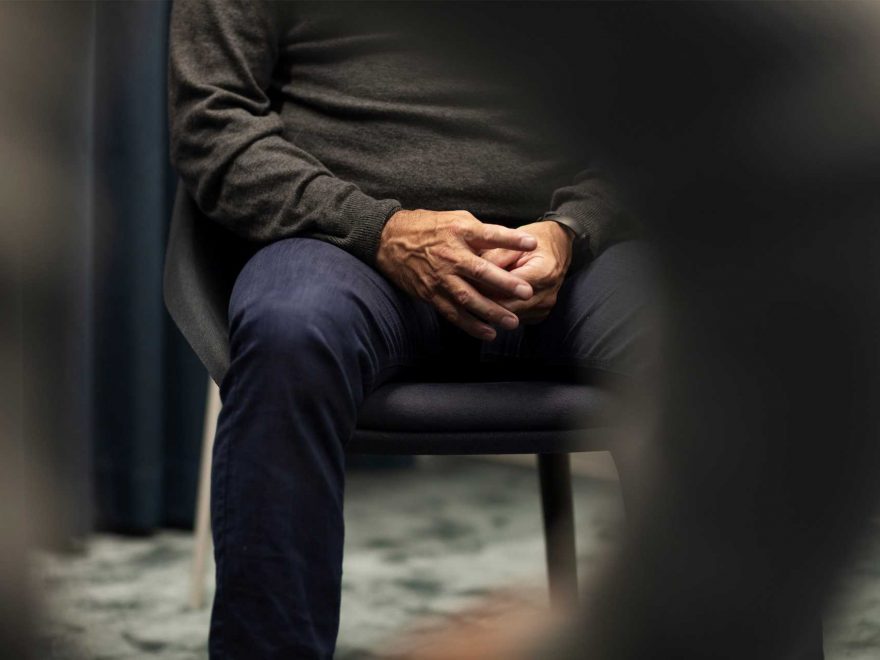 A Montana addiction clinic’s plan to give people with substance use disorders as much as $1,966.50 in gift cards and vouchers to follow its treatment program is raising questions about the use of financial incentives with patients.

The tug of war over the effective but largely unregulated tool is playing out in the northwestern Montana town of Kalispell, where a local government grant is financing rewards for people who stick with treatment provided by the outpatient clinic Oxytocin.

Such incentives have gained momentum among individual health clinics and states in recent years. Since 2021, California, Washington, and Wisconsin have started incentive-based programs. Some private clinics offer their own rewards, such as giving clients gift cards for successfully passing a drug test.

In Montana, where Republican Gov. Greg Gianforte has made expanding behavioral health care a priority, a state pilot program offers prizes to people with addictions who stay off drugs. Oxytocin’s program, while funded by a government grant, is separate from the pilot program.

The allowable value of prizes that go to beneficiaries of federal health programs, like Medicaid, is a legal gray area, so totals vary from one program to the next.

The federal government doesn’t have a rule limiting the size of financial awards or guidelines detailing best practices, said Richard Rawson, professor emeritus in the Department of Psychiatry and Biobehavioral Sciences at UCLA.

“People don’t know where to look to understand this method, so states and providers make it up as they go along,” said Rawson, who has studied such incentives for about 20 years.

In June, Montana’s Flathead County awarded the Kalispell clinic, Oxytocin, a $500,000 grant funded by state alcohol tax revenue. Of that money, $300,000 was earmarked for incentives for participants to attend treatment, according to the clinic’s proposal. It proposed that over a 20-week treatment course, participants could earn as much as $1,966.50 in either gift cards or vouchers.

In Oxytocin’s program, a client has multiple chances each week to earn an incentive by passing urine tests and attending treatment. The dollar amount increases with consecutive successes.

The county chose Oxytocin from among four clinics that applied for the substance use treatment funding. By November, at least one complaint had been filed with state agencies accusing Oxytocin of committing Medicaid fraud by paying its clients — most of whom are Medicaid recipients — that high of a reward to attend treatment.

Oxytocin clinical director Pamela Liccardi declined requests to be interviewed but said in an email that the business had done nothing wrong. “There is a reason the community stands behind us and it is not because we do fraudulent things,” she wrote.

Research shows that motivational incentives, called contingency management, can reduce the number of days someone takes illicit stimulants, such as methamphetamines, and can promote abstaining from other substances, such as opiates, by reinforcing healthy behavior with prizes, privileges, or cash.

“We know people are dying from methamphetamine now,” said Michael McDonell, a community and behavioral health professor at Washington State University, who has helped states create incentive programs. “Contingency management is the only evidence-based intervention for methamphetamine use disorder. It’s the only intervention that’s shown consistently to be impactful.”

But clinicians are wary of running afoul of a 1972 federal anti-kickback statute that prohibits offering something of value to a federal beneficiary, such as a Medicaid recipient, to induce them to select a particular provider.

There are “safe harbors” meant to protect certain programs that are unlikely to lead to corruption. But a February legal advisory opinion from the U.S. Department of Health and Human Services’ Office of Inspector General said those exceptions don’t include incentives aimed at beneficiaries. Federal officials have long been concerned that those types of offers could lead to fraud and abuse.

“Programs that involve giving remuneration to beneficiaries can corrupt medical care decision-making, which could result in overutilization, increased costs, steering to particular providers or suppliers, or inappropriate medical choices,” the advisory opinion says.

Whether programs that offer incentives to beneficiaries of federal health programs violate the anti-kickback law is decided on a case-by-case basis, the inspector general’s office wrote. Among the factors is the value of the incentives, says the advisory opinion, without setting a specific benchmark.

Rawson and other researchers said most providers consider a total of $75 per client a year to be safe, based on a 2016 statement from the inspector general’s office on inexpensive gifts to beneficiaries.

However, Rawson said research indicates that amount is likely too low to work well as an incentive. Another annual limit that programs encounter is $600 per client, the threshold for reporting taxable income to the IRS. Exceeding that amount could cause beneficiaries to exceed Medicaid income limits, which could lead to loss of coverage.

Tammera Nauts, with the Montana Primary Care Association, said the state was careful to avoid raising any red flags for the federal government in the rules it set for the state program. For example, participating clinics can’t give patients prizes to participate in treatment the federal government covers, such as therapy sessions. State pilot sites’ incentives also can’t go over $315 total per beneficiary a year — a cap Montana was allowed through a Centers for Medicare & Medicaid Services waiver.

Providers may offer their own rewards program without going through the state, and Nauts said Oxytocin is not one of the pilot sites tethered to Montana’s program.

KHN obtained a copy of a complaint filed against Oxytocin. In addition to the allegations of Medicaid fraud, it accuses Oxytocin of having several providers who offer services outside of their area of expertise or without a license. The document KHN received did not include the name of the person who filed the complaint, and state officials declined to provide details.